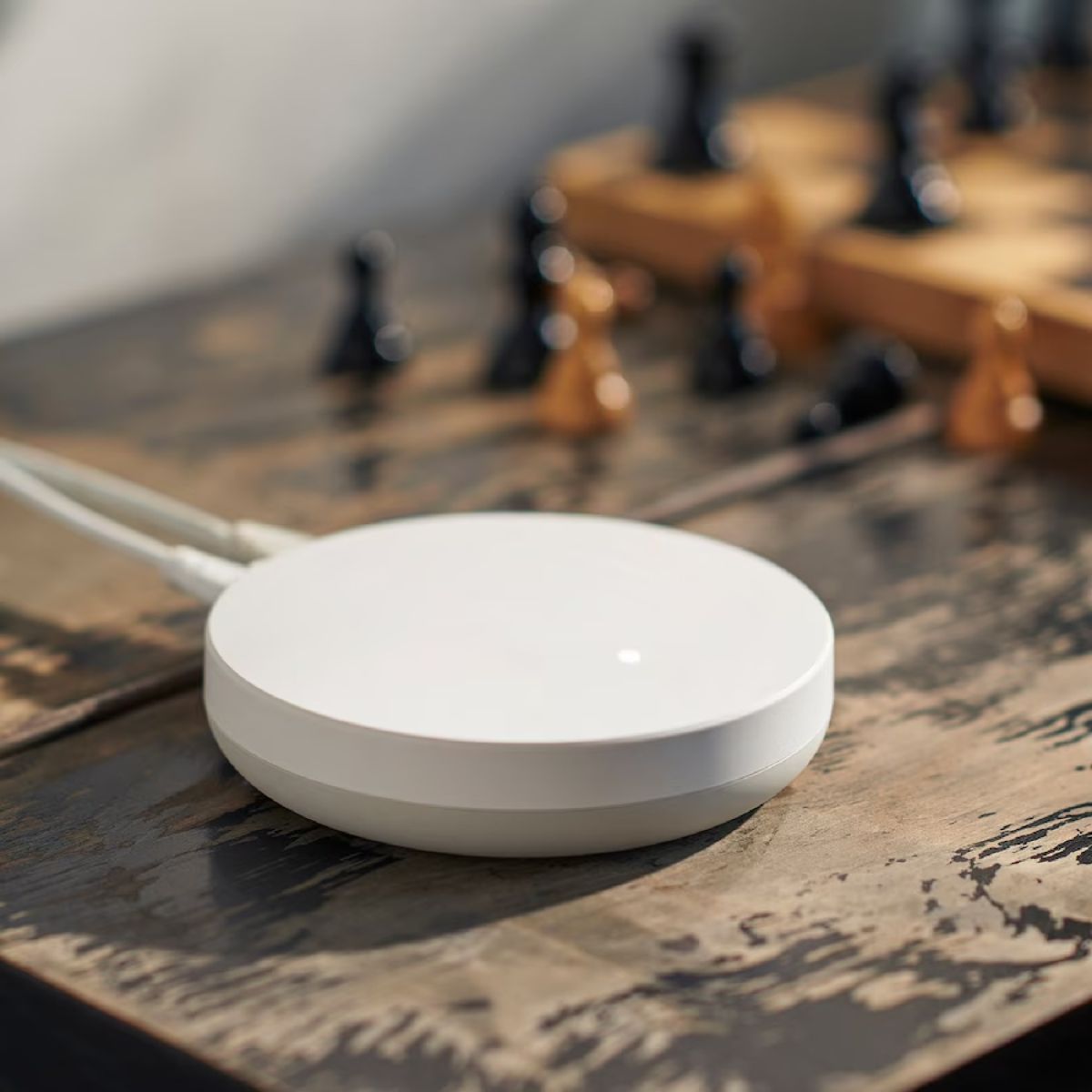 IKEA have been slowly expanding their smart home tech for a while now, and the next step they’ve taken in that direction is the release of their brand new smart home hub – the DIRIGERA, which means conducting in Swedish (fitting, we think).

The smart home DIRIGERA launched recently, and is intended as a replacement for the TRADFRI Gateway. The DIRIGERA, like its predecessor, is intended to power the rest of your smart home appliances via one device.

So how does the DIRIGERA, £55, IKEA (opens in new tab) compare to the hub it replaces, and how do you actually use it? If you’re tempted to turn your home ‘smart’ at a low cost, read on…

The IKEA DIRIGERA comes in just one colour (white) and we love how minimalist and subtle it is.

In comparison to the TRADFRI Gateway, the brand’s new smart home hub is also a lot slimmer in size. This means that the device will slot in easily just about anywhere in your home, and will totally blend in with your existing decor – it can even be hidden away. This is a huge plus as, often, many tech products can be big and bulky, overwhelming your space.

But practically, how does it actually work? The DIRIGERA is designed to help you control the rest of the IKEA smart products in your home; from smart lighting, to blinds, to smart home security.

The DIRIGERA, unlike IKEA’s original TRADFRI, can be powered through a new smart home hub app, which will handily separate out all of your smart devices into their respective rooms.

For example, if you have two smart bulbs in your office, and one in your living room, the DIRIGERA will group them into their relevant rooms, to ensure there’s no confusion – and that you don’t accidentally turn off your partner’s light while they’re still working away…

With the app and the new hub device, you can also set ‘Scenes’ in your home, to enact a certain command with minimal effort.

For example, with the Scenes function, you can set your lights or air purifier to come on (or turn off) at a certain time, which could be handy in the early evenings or late nights.

If you have smart heating, the app will also allow you to set that to come on at a certain time. Or, if you have dimmers as part of your smart home, you can also create a ‘Scene’ at a certain dim level, so you can easily refer to your preferred setting, without even thinking about it.

It’s worth noting though that the DIRIGERA is only compatible with other IKEA smart products though—so it won’t match up with your Alexa or Hive, for example. There are a wide range of smart products at IKEA though; from locks, to speakers, to bulbs, blinds and air purifiers, so you shouldn’t be short of options if you choose to commit to an IKEA-style smart home.