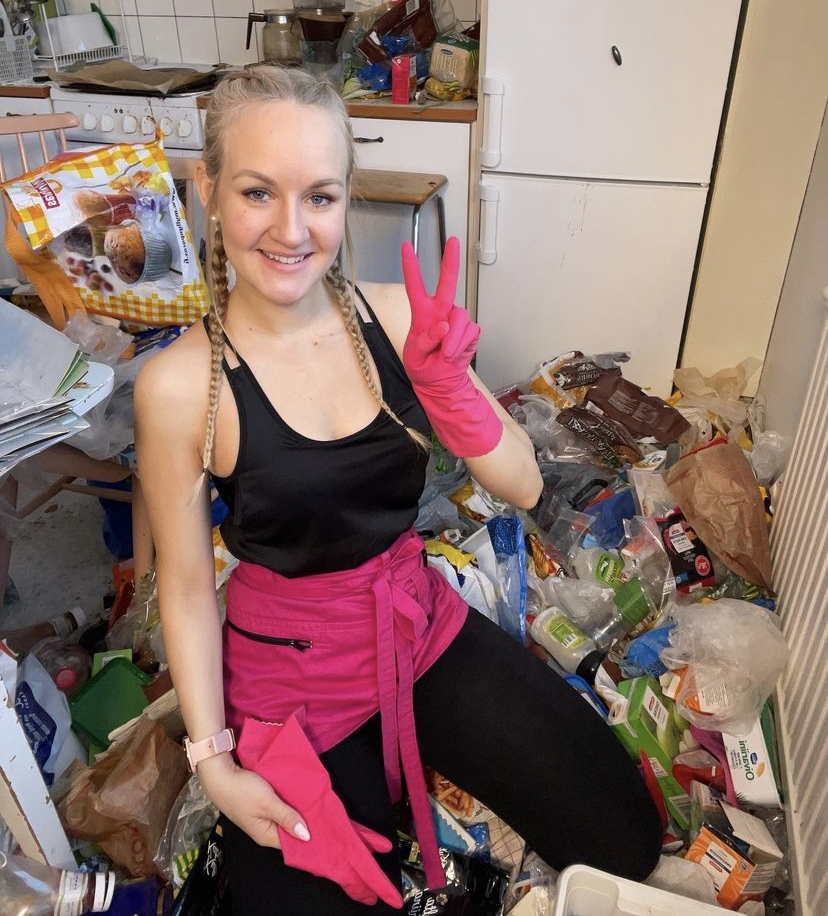 OPENING the door to my Tinder date Sami’s home in August 2020, and catching a whiff of what lay ahead, I knew he was about to be disappointed.

When I glimpsed his greasy oven fan and dirty cupboard tops, I had one thing on my mind: cleaning.

Auri Kananen is a cleaner who lives in Tampere, Finland

She has more than 10million followers online

He was stunned as I whipped Marigolds out of my bag and began scrubbing his house clean.

Sami proposed in January 2022 and we’re getting married next year, so my obsession with being a ‘super cleaner’ – who loves tackling the stench of rotting food and the sight of squirming maggots – didn’t put him off!

It’s also made me the world’s most famous cleaning influencer, with 10 million followers.

I started cleaning professionally when I was 16 and still at school, helping my mum Sanna, 52, who ran a cleaning company. 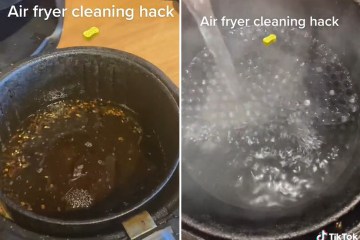 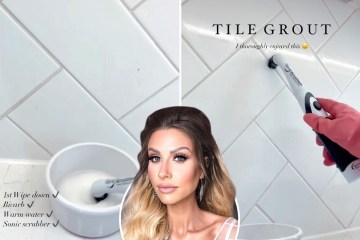 Our home in Tampere, which we shared with my dad and brother, was always immaculate.

She taught me how to clean, including hacks like using a squeegee on floors, not just windows.

Aged 20, I went to Tampere University to study applied sciences, which included learning about specialised cleaning and hospitality management.

Afterwards, I got a job as a manager in a large commercial cleaning company partly owned by Mum.

I started working full-time with her in 2012 and realised the jobs I got greatest satisfaction from were the ones other cleaners refused.

The most extreme was a bathroom that hadn’t been cleaned for six years.

It was black with mould, the floor strewn with waste and bottles of urine and poo – I called it my ‘dirtylicious challenge.’

I first got the idea to share my work on social media during the pandemic in June 2020 – I knew people were stuck at home and I wanted to show them how easy cleaning could be.

They went viral, getting 1.9 million views, then double that and treble. By December, I had 3million followers, and I now have more than 10 million across my channels.

The following June, I become self-employed, thanks to my social media success.

My friends and family are proud of me, and while cleaning is how I earn a living, I also do some for free, helping people with illnesses.

I receive so many heartbreaking messages and photos of filthy homes.

Recently, I had a message from a woman who was concerned about her 86-year-old friend with Alzheimer’s who was squirrelling away rotting food in drawers and behind sofas.

I started working full-time with her in 2012 and realised the jobs I got greatest satisfaction from were the ones other cleaners refused. The most extreme was a bathroom that hadn’t been cleaned for six years.

Her bathroom was filled with mould and unwashed clothes.

I was determined to create a nice environment for her, so I spent two days wiping away inches of rotted food and maggots. The stink was overwhelming.

When I’d finished, she offered to pay me, but seeing her happiness was enough. I also talked to relatives and support groups to ensure they could keep her house clean.

For other vulnerable people, I leave them a kit and a list of when to clean and how.

One man contacted me because he was depressed and his bedsit had fallen into squalor.

I used a scraper to get rid of a year’s worth of cigarette butts and ash from the floor, and removed a mountain of rubbish and rotting food from the kitchen.

People think I use high-tech equipment, but I don’t. I use a broom to get rid of dirt and hair, then a dustpan and brush, followed by soap and water or carpet cleaner.

After each job, I shower and change, before disinfecting my tools and washing my clothes on a hot cycle.

I don’t employ anyone, but I hope to set up a network of cleaners around the world to help those in need.

People might find my job disgusting, but I’m never happier than when I’m knee-deep in mould and grime.

An office phone can contain 25,000 germs per square inch*.

Leave antibac on surfaces for 1-2 minutes before wiping or it won’t be effective. 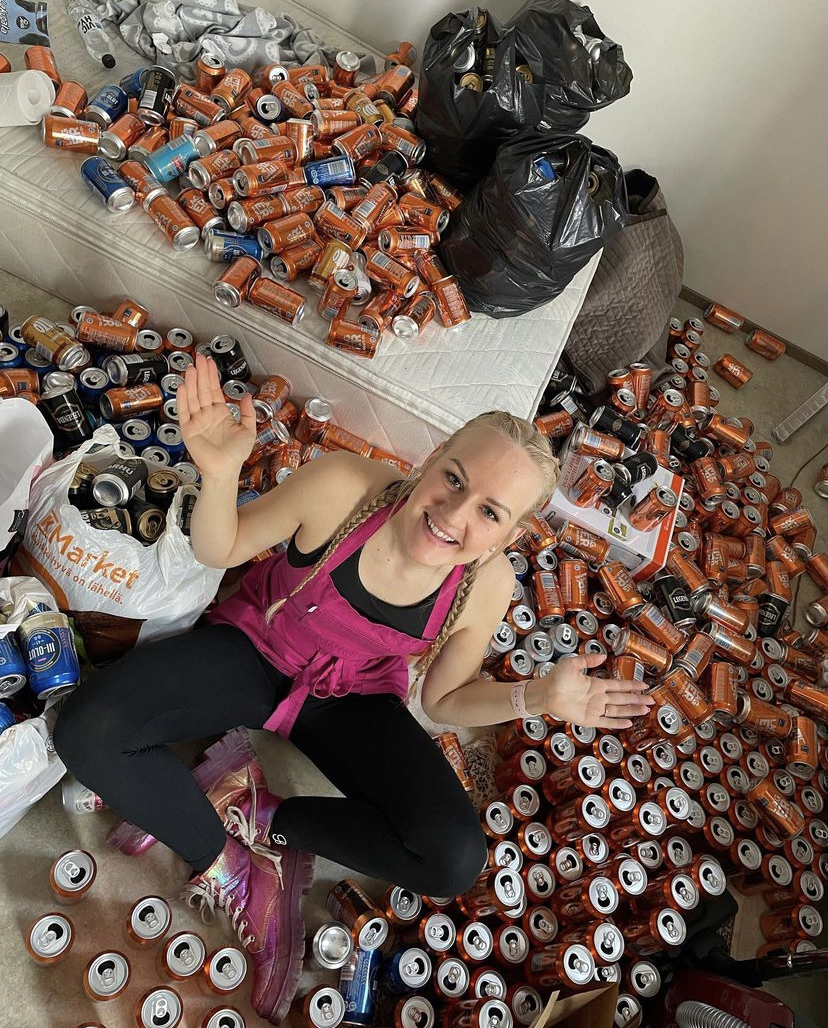 Auri is the world’s most famous cleaning influencer 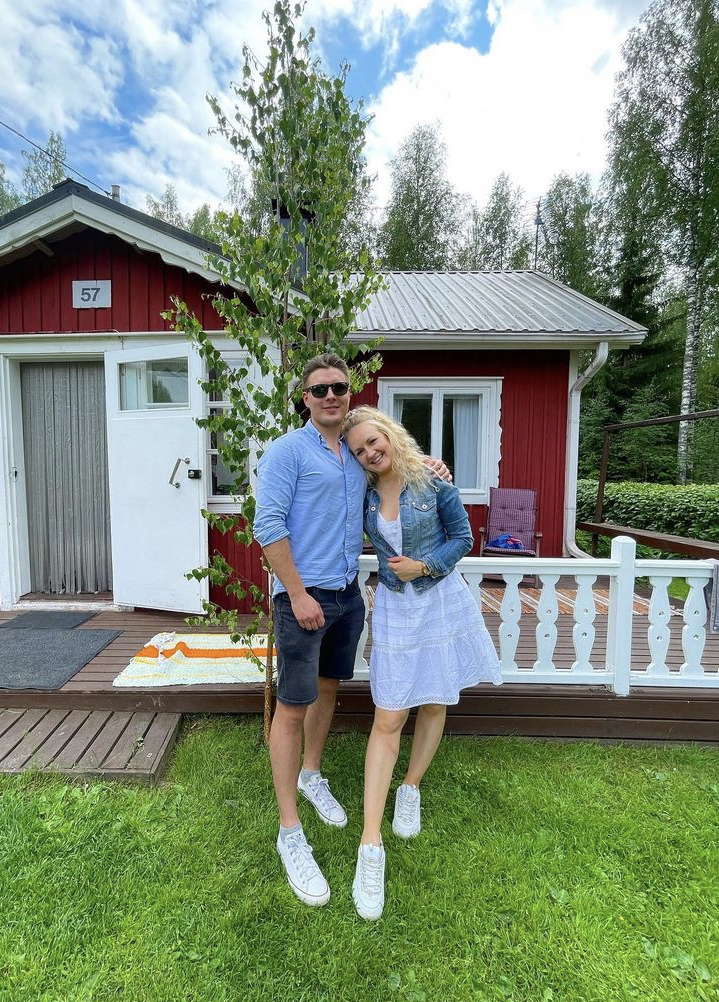 She is getting married to electrical company CEO Sami next year