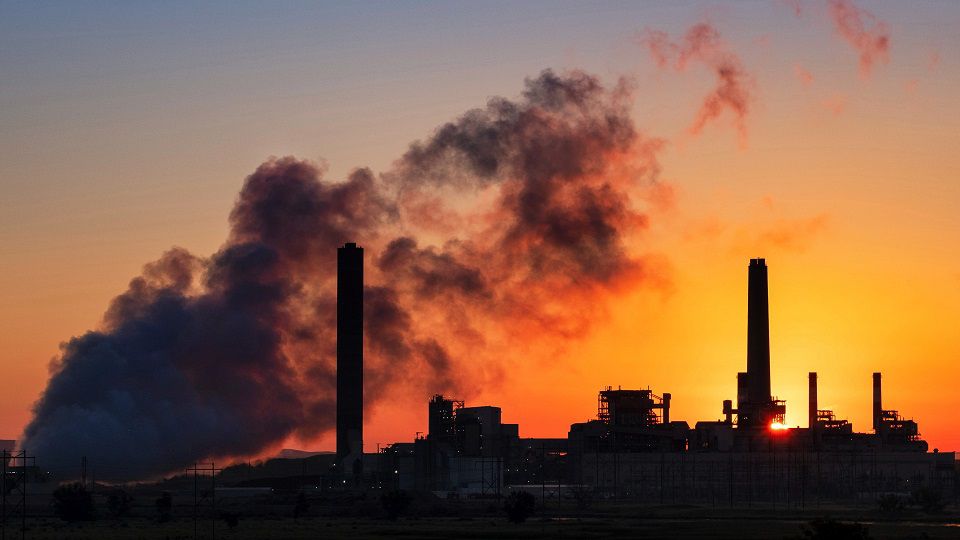 BUFFALO, N.Y. — More than 35 million people call the Great Lakes Basin home. It extends from Minnesota to New York, sharing a shoreline with Canada. Along that shoreline are power plants.

“Those fossil fuel and those coal-fired power plants, not in the state of New York, but in other parts of the basin dramatically contribute to climate change and the health and wellness of the Great Lakes,” said Ryan McPherson, chief sustainability officer at University at Buffalo.

McPherson is tasked daily with looking at how the now will affect the future.

“(We have) 20% of the world’s freshwater moving by our doorstep daily,” McPherson said.

And here’s how carbon emissions affect the climate, therefore the lakes.

“Those gases go up and they get trapped in the atmosphere,” McPherson explained. “That greenhouse effect that you hear about often is the collection of those gases that basically let’s keep in but doesn’t let it dissipate out.”

At least not at a natural balance. So that is making the earth warm. Here’s where the cycle gets even bigger. The warmer the earth gets, the more we use energy to keep our homes cool. Do you know what power plants along the lakes use to stay cool as they work? Water, and lots of it. When it’s released back into the lake, it’s warmer. More warm water coupled with already warming water is already causing some issues.

The Nature Conservancy is an international agency that works to preserve lands and waters on which all life depends. The word Ulfelder uses to describe the effects of climate change on the Great Lakes, is “dramatic.” He points to two changes; heat and severe weather.

“Overall precipitation is going up, and it tends to come in really concentrated bursts, more frequently,” Ulfelder said.

Before we go any further on the ramifications of this SCOTUS decision, what does the actual decision mean? In short, Ulfelder says it means the EPA cannot require power plants to begin substituting fossil fuels, like coal, for other lower emissions fuels as part of the Obama-era Clean Air Act.

“They can only monitor and limit what we call point source pollution,” Ulfelder added.

Essentially the EPA can only ask a power plant to reduce emissions. With this opinion, the federal government’s hands are essentially tied. The state not so much. New York State DEC Commissioner Basil Seggos says now the burden to bear is even greater.

“We all know the federal government needs to be a powerful player in that, so having them off the board, at least temporary is a blow to New York,” Seggos said.

“It will provide hundreds of thousands of jobs, and billions of jobs ultimately of economic activity, so there is reason to be optimistic,” Seggos said.

But we do need to keep an eye on the big picture, and how what we do affects future generations.

“Mother Nature is no longer calling the shots, we have created this challenge that we face,” McPherson said.

There are really simple changes you can make in your daily life to help with carbon emissions. The first and most obvious is to drive less. That can be tough, so the next suggestion is to think about your food consumption, how much you are throwing out and what you buy. Food is about 25% of the average American’s carbon footprint. The next easiest — keep track of your electricity usage.