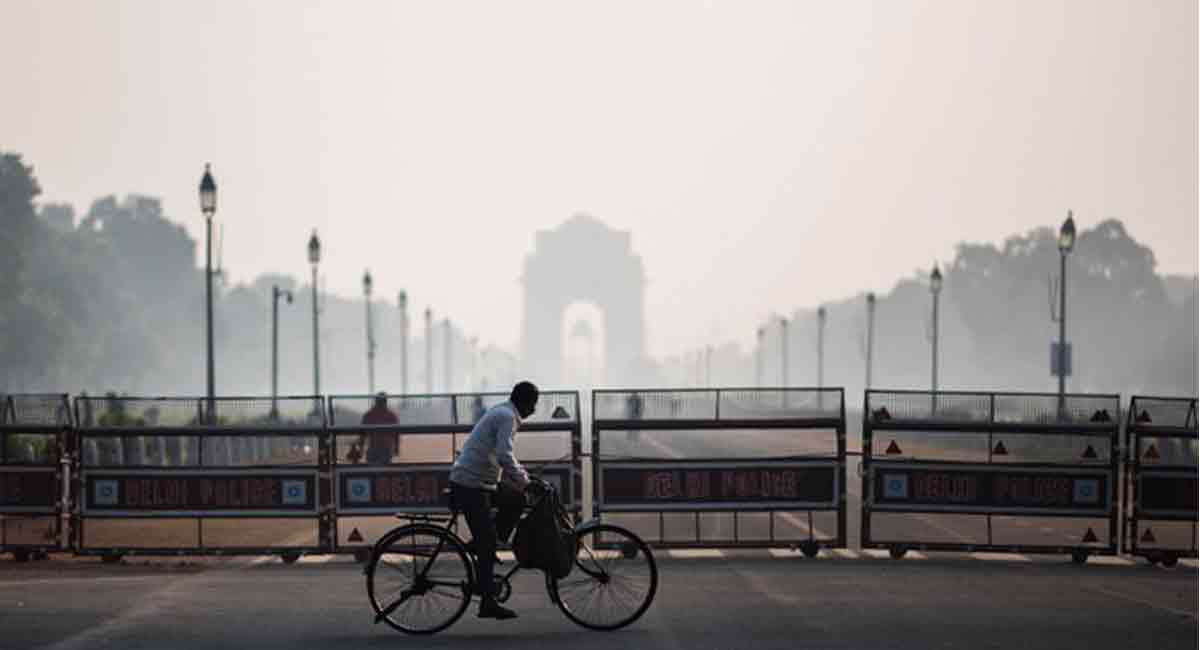 New Delhi: Preliminary data from a month-long experiment has shown that indoor air pollution levels were nearly half of the outdoor levels in Delhi-NCR during November-December so far.

A primary cause, the study has shown, is how meteorological factors play a key role in air pollution levels, especially in Delhi-NCR region.

The experiment is part of an ongoing project by Professor S.K. Dhaka from Rajdhani college, University of Delhi; Dr Vivek Panwar from Rajdhani College and Earth Root Foundation, and Professor S. Hayashida and Y. Matsumi from the Research Institute for Humanity and Nature (RIHN), Kyoto, Japan.

Between November 15 and December 15, two Compact and Useful PM2.5 Instruments (CUPI), which are compact size smart sensors fabricated by Nagoya University and produced by Panasonic, Japan, were installed on the first floor of a building in Sector 4, Dwarka to measure indoor and outdoor PM 2.5. The sensors estimate the total volume of PM 2.5 by measuring counts and intensities of scattering signals from single particles. The sensors were installed in a semi-ventilated home with no air purifiers, a release from the researchers said on Tuesday.

Month-long observations revealed that during the highly polluted period in Delhi-NCR, indoor air was much safer than outdoor on most of the days. Indoor PM 2.5 levels remained low throughout day and night, nearly half as compared to outdoor levels for most of the experiment.

In two examples of 24-hours observations at a high resolution of 10 seconds on November 25 and December 2, outdoor PM 2.5 peak values touched 500-600 microgram/metre cube, which falls in the hazardous category. Though lower than the outdoor values, it is seen that indoor values of PM 2.5 have shown a range of 10 per cent to 60 per cent on different days.

Other striking features that are revealed in the data are that diurnal variation in the indoor PM 2.5 is missing. “PM 2.5 usually declines in the afternoon. But this is completely missing in the case of indoor air pollution. This is a unique characteristic of PM 2.5 observed by the smart sensors. It shows how meteorological factors play an important role in air pollution levels,” said Prof SK Dhaka.

Peaks or lows in air pollution are seen when meteorological parameters such as wind speed, wind direction, temperature or humidity are favourable or unfavourable, the release added.

Now you can get handpicked stories from Telangana Today on Telegram everyday.