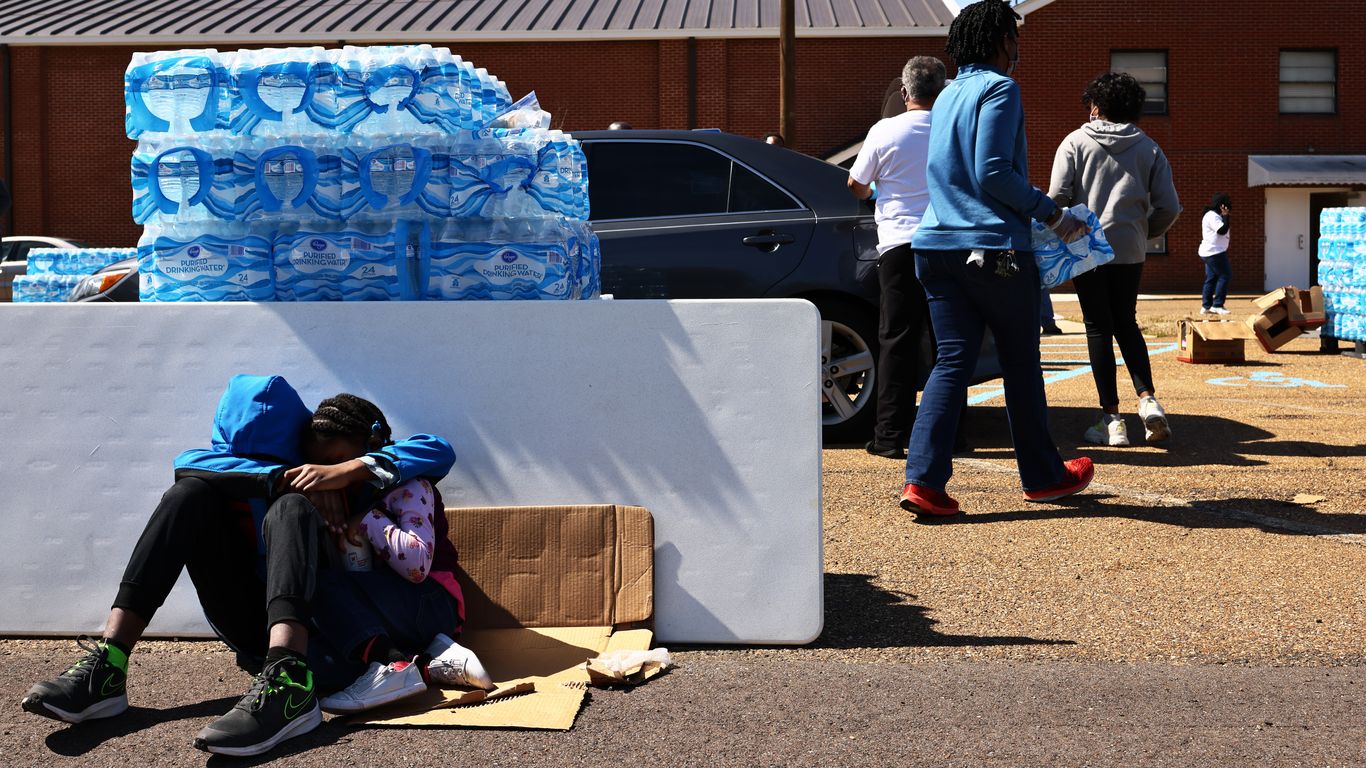 Jackson, Mississippi, residents are still facing a water crisis nearly a week after flooding in the Pearl River damaged the city’s water system, though water pressure has been restored to most of the city, the city said in a news release Sunday.

Why it matters: The crisis has upended life for the city of nearly 150,000 people, with schools shifting to remote learning and businesses being forced to shutter or install expensive fixes like portable toilets. People have had to wait in long lines for potable water.

The plant’s output of 90 pounds per square inch is higher than the city’s goal of 87 PSI, but the “outlook continues to be positive” at the O.B. Curtis Water Plant, where the failure happened, the city said in the update. Additional repairs could cause fluctuations in the water pressure, per the city.

Driving the news: It’s too early to tell when the failed water system, which has left thousands of people without clean tap water, will be fixed, FEMA administrator Deanne Criswell told CNN’s “State of the Union” on Sunday.

Catch up quick: Jackson has been under a boil-water notice since July 30, after tests showed water quality was “cloudy,” raising concerns about potential health concerns.