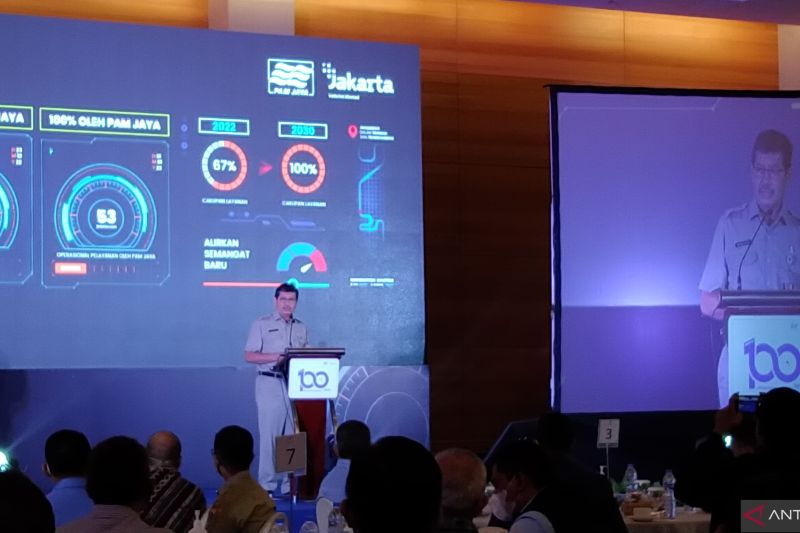 There is already 12 thousand km of water pipelines, but we need four thousand more in Jakarta for clean water services

Jakarta (ANTARA) – The Jakarta provincial government needs to lay an additional four thousand km of clean water pipelines to meet the target of 100-percent service coverage for residents by 2030, an official has said.

The additional pipeline network would supply about 11 thousand liters of water per second, obtained from region I and II drinking water supply systems (SPAM) as well as Karian Dam, he said.

The existing 12 thousand km of tap water pipelines supply about 21 thousand liters of water per second, he disclosed.

That means, the coverage of tap water services in Jakarta is only about 66 percent of the target, with the number of pipe connections reaching about one million customers, he explained.

PAM Jaya needs to provide an additional supply of about 11 thousand liters per second to cover 34 percent of new service areas and 1–1.5 million customers by 2030, he said.

PAM Jaya is a Jakarta-owned enterprise that has been tasked with providing clean water in the city, which is currently entering a transition period, and increasing service coverage to 100-percent of residents by 2023.

According to PAM Jaya president director, Syamsul Bachri Yusuf, the company will invest in the construction of the pipelines until 2030.

The total projected value of investment until 2030 will be around Rp30 trillion, or about US$2.09 billion, in addition to investment for increasing production capacity and anticipating the increase in customers by up to 1.5 million people, he informed.