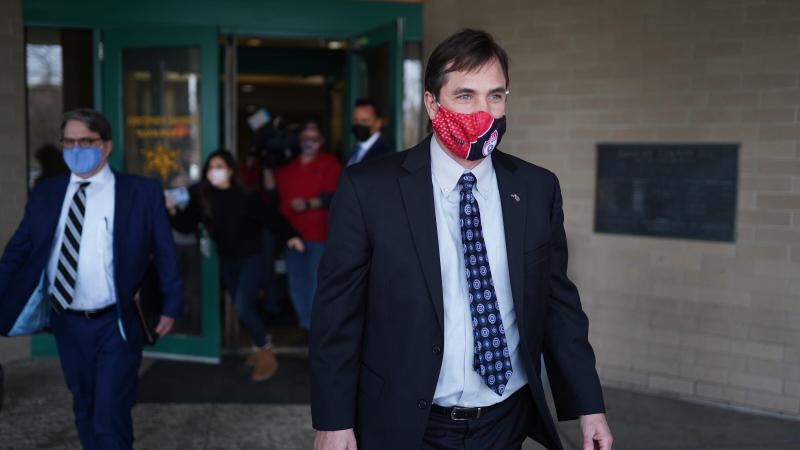 (CNN) — A judge has dismissed charges against seven former top Michigan state officials for their alleged role in the Flint water crisis, ruling that the charges weren’t valid due to a procedural error.

Flint was hit with a water crisis in 2015, when tainted drinking water containing dangerous levels of lead and other toxins was detected in homes, and residents reported children suffering from mysterious illnesses.

More than a dozen lawsuits were filed against the city of Flint, the state, those responsible for monitoring water quality and state and city employees involved in a decision to switch the source of the drinking water from the Detroit Water System to the contaminated Flint River in an effort to cut costs.

Last year, city officials and state public health authorities were hit with a variety of charges ranging from perjury and willful neglect of duty to involuntary manslaughter.

In June, the indictments against the former Michigan officials were deemed invalid, CNN reported.

Michigan state laws do not authorize a judge to issue indictments as a one-man grand jury without a preliminary examination, which was not done in this case, the state Supreme Court ruled at the time.

“Here, the Defendants were not charge by complaint or by a traditional grand jury indictment. Instead, the one-person issued an invalid indictment, which was the basis for the issuance of an arrest warrant,” Tuesday’s order read. “Therefore, the charging process was invalid from its inception and issuance of an arrest warrant following an invalid indictment is irrelevant to our consideration. Since the charging procedure in this matter was invalid, remand for preliminary examination would be improper.”

“There are not adequate words to express the anger and disappointment felt by our team, who have spent years on this case only to see it thwarted based upon a new interpretation of a nearly century-old law,” the statement read. “Despite the prosecution’s tireless pursuit of justice for the victims of the water crisis, the courts have once again sided in favor of well-connected, wealthy individuals with political power and influence instead of the families and children of Flint.”

“Today, the circuit court dismissed the case against Director Lyon—precisely as it was ordered to do by the Michigan Supreme Court this past summer. This ruling was the logical result of a misguided prosecution which used unlawful processes to investigate crimes that never occurred,” attorney Chip Chamberlain said.