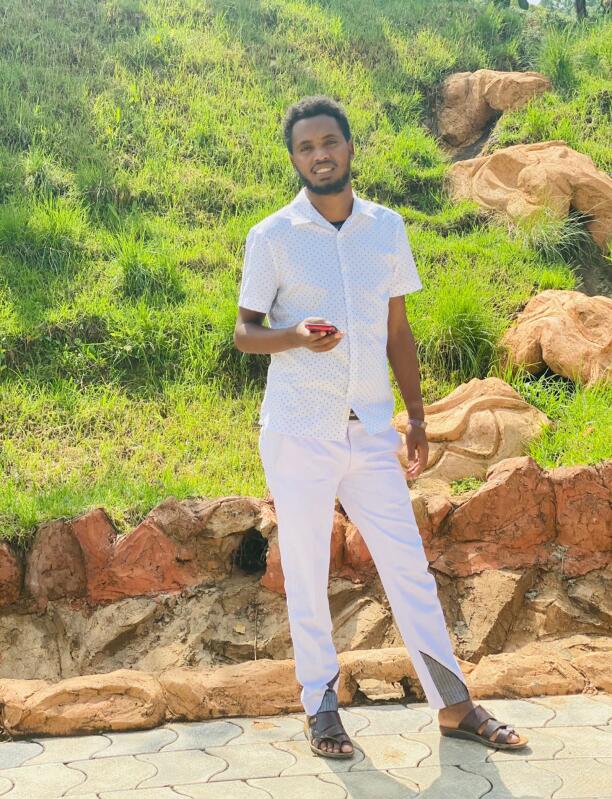 Haji Ali recalls walking miles as a boy in Ethiopia for clean water for him and his family, sometimes returning home empty-handed

Kirkwood Community College student Haji Ali is building a well in his hometown in Elaa, Ethiopia, where as a boy he walked miles to retrieve clean water for his family, sometimes returning empty-handed. (Haji Ali)

CEDAR RAPIDS — Kirkwood Community College student Haji Ali is building a well in his hometown in Elaa, Ethiopia, where as a boy he walked miles to retrieve clean water for his family, sometimes returning empty-handed.

Ali, 19, received a $10,000 grant from the Be More Fund by the National Society of High School Scholars for his world betterment project, Well in Ethiopia, to help fund his project.

With this grant, Ali will build a well on his family’s farm in Ethiopia and turn it over to the community. The money given to him by his church in Cedar Rapids, along with online fundraising, has allowed Ali to return to Ethiopia to start the project on his family’s land.

The National Society of High School Scholars grant is making this possible. The project is expected to cost around $30,000 to $50,000, Ali said. This project is now well underway.

Ali recalls walking hours to get clean water for his family in Ethiopia — sometimes returning home empty-handed after waiting in line for 14 hours for water. It was a “day-to-day existence,” he said.

Not only was clean water necessary for him and his family, but he needed it to take care of the oxen on his family farm.

People in Elaa get sick and sometimes die from drinking dirty water, Ali said. Instead of going to school, kids like him walk to get clean water.

“For clean water, I don’t have to walk a second here,” said Ali, who moved to the U.S. when he was 13 years old in 2015. “A lot of people in America take water for granted. I never imagined this life before. I want to give people a chance to live.”

“This project, if it’s finished, will change many lives,” Ali said.

The well is being built by local community members, who will get paid a fair wage, Ali said. It is expected to be completed this year and will operate on solar power.

The project began as an essay for the World Food Prize, an award recognizing individuals who have increased the quality, quantity, or availability of food in the world.

Ali wrote about the problem of water scarcity in Elaa and researched a solution as a sophomore at Kennedy High School, where he graduated from in May 2020.

In 2019, Ali was selected to attend the World Food Prize competition in Des Moines.

Ali is now studying mechanical engineering at Kirkwood and plans to continue his education at Iowa State University. He has dreams of being a pilot someday.

The Be More Fund was created to acknowledge the positive, future-focused work that students, young professionals and educators are doing. Through the program, students and educators took part in a competition at National Society of High School Scholars Day in Atlanta, where they presented their projects to a panel of judges.

Ten winners were selected to each receive a $10,000 grant based on their professional presentation of a creative and viable plan to make the world a better, more equitable place.

To donate to Well in Ethiopia, visit gofund.me/20f365ab.