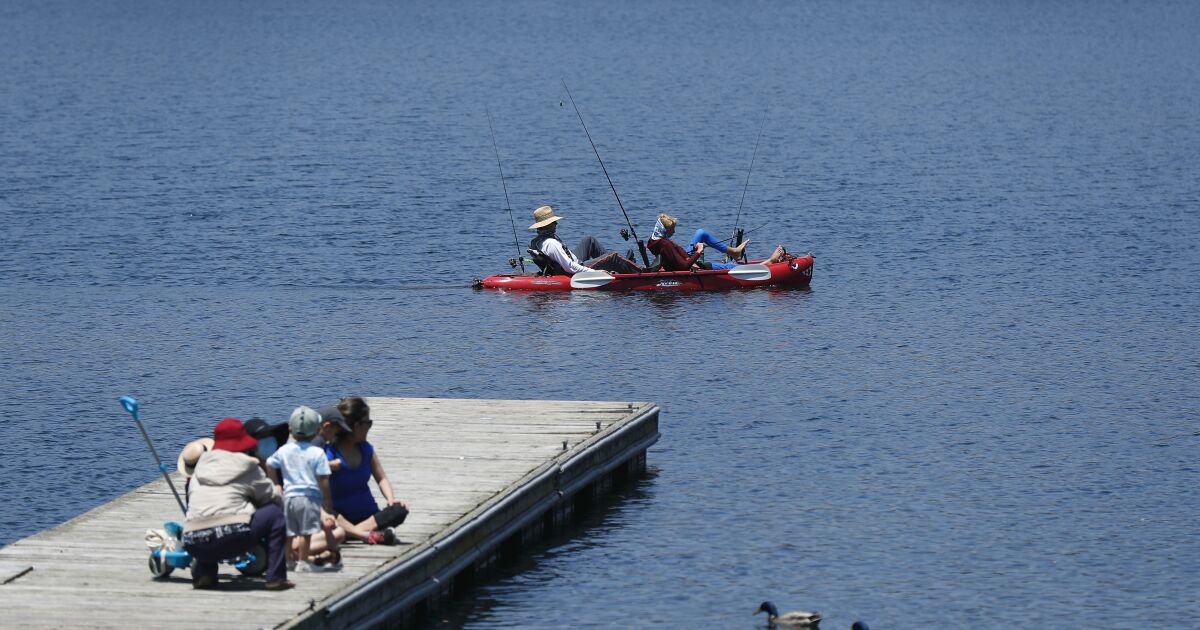 Boating and kayaking will be suspended at popular Lake Miramar in Scripps Ranch next week to allow construction of the city’s Pure Water sewage recycling system.

Lake Miramar is key to the large project because it will eventually store all the sewage treated by a purification plant under construction in western Miramar.

The purified water will travel from the new plant to Lake Miramar through a pipeline down Miramar Road and through Mira Mesa. The project will include tunnels under Interstate 15 and the lake.

The 1-mile pipeline will be assembled on barges on the surface of the reservoir before being sunk and permanently installed underwater.

During the work, water activities will be prohibited, including the use of boats, canoes, kayaks and float tubes. Shore areas, including picnic and barbecue areas and shore fishing, will remain open.

The last of San Diego’s nine city reservoirs to be built, Lake Miramar attracts an estimated 100,000 people a year for jogging, biking, fishing, boating, picnicking and other activities.

“This pipeline project is a crucial part of the Pure Water program that will be vital to providing drinking water in the future,” said Juan Guerreiro, the city’s public utilities director. “We are focused on limiting the impacts to our facilities while this work is underway, and we appreciate the public’s patience during the construction phases.”

Visitors should expect delays while parking at the lake, city officials said. Once the project is complete, there will be more parking spaces and other upgrades.

Pure Water is projected to provide half the city’s water supply when the second phase of the project is completed in 2035. The prime goal is to reduce the region’s reliance on imported water and its vulnerability to drought.

For general information about city lakes, go to sandiego.gov/reservoirs-lakes.