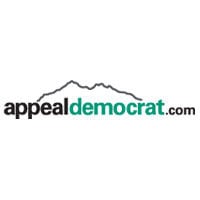 The Live Oak City Council recently approved an agreement with an engineering firm to complete an application process for state grants that would help improve the city’s water and wastewater systems.

Both grant programs “will allow for initial planning, design, and environmental work of identified projects” as they relate to the city’s water and wastewater systems.

The last time the city had a Master Plan related to water and wastewater was in 2009. Live Oak City Manager Aaron Palmer said, if approved, the grants would help with future planning.

“The grants are supposed to plan out where we need improvements in the future, where we need storage,” Palmer said Friday. “It will update parts of our water/wastewater master plans. … The grants would give us the money to do the plan.”

While the city will be spending upwards of nearly $150,000 for the application process, because it is considered a “Small Disadvantaged Community,” Live Oak is eligible for a possible reimbursement for costs associated with it, according to city staff.

For the city’s 2009 Water System Master Plan, it identified water supply capacity, treatment, and piping projects that were needed to meet system deficiencies that were present at the time. According to the city, some projects associated with that plan were completed. They include:

– First phase of pipeline from Well 7

– Some pipeline improvements along Larkin Road

Bill Lewis, a wastewater consultant with decades of experience, said during the Nov. 2 meeting that the projects considered will not be directly related to any water quality issues that may exist within the city. Cruz Mora, who was running for a city council seat, brought up the issue of water quality in the city during a candidate forum in late September.

Both Lewis and Palmer said despite complaints from those such as Mora, there were no serious water quality issues in Live Oak.

“The intended scope of this project is not to address the drinking water quality issue with the city,” Lewis said. “I reviewed your water quality reports for the last several years. I might respectfully disagree with the comments that came in a little earlier. Your water meets all state standards. So, there isn’t any question about that.”

Mora had concerns about water quality after the city released information through several internal reports. In the most recent report, two instances of increased levels of arsenic were cited. According to the city, those issues were addressed.

According to the report, Live Oak’s “drinking water meets the federal and state standard for arsenic,” but it does contain low levels.

“The arsenic standard balances the current understanding of arsenic’s possible health effects against the costs of removing arsenic from drinking water,” the report says. “The U.S. Environmental Protection Agency continues to research the health effects of low levels of arsenic, which is a mineral known to cause cancer in humans at high concentrations and is linked to other health effects such as skin damage and circulatory problems.”

“I was told if it didn’t meet state standards, the state would work with the city to try and figure it out,” Palmer said. “There is no water quality issue. … I haven’t had any complaints, I have not heard of any complaints. If there were complaints, we haven’t heard anything. … We have natural arsenic in the ground and our wells get hit every now and again. We work together with the state when there’s an issue. The public works director and the state work together to filter out that arsenic. … The state says we’re fine.”

In addition to possible water improvements, the state is making available a Clean Water Planning Grant program that could fund an update of the Live Oak Wastewater Master Plan.

According to the city, the scope of work requested to be funded by the planning grant includes:

– Replacement of the Pennington Lift Station. This lift station was identified as the next highest priority after P Street Lift Station in the 2019 report. The lift station is in the sidewalk area just west of Live Oak Middle School.

– Identification of major sources of sewer system inflow and infiltration. The collection system model will also be updated to current conditions.

– Upgrades to Peach, Ash, Kola, and Musgrave Lift Stations as identified in the 2019 report.

– The wastewater treatment plant has been in service for 11 years. The scope will request planning funds for improvements including equipment upgrades to optimize operations where possible reduce operational expenses.

Palmer said the city has until the end of the year to submit the grant applications to the state.