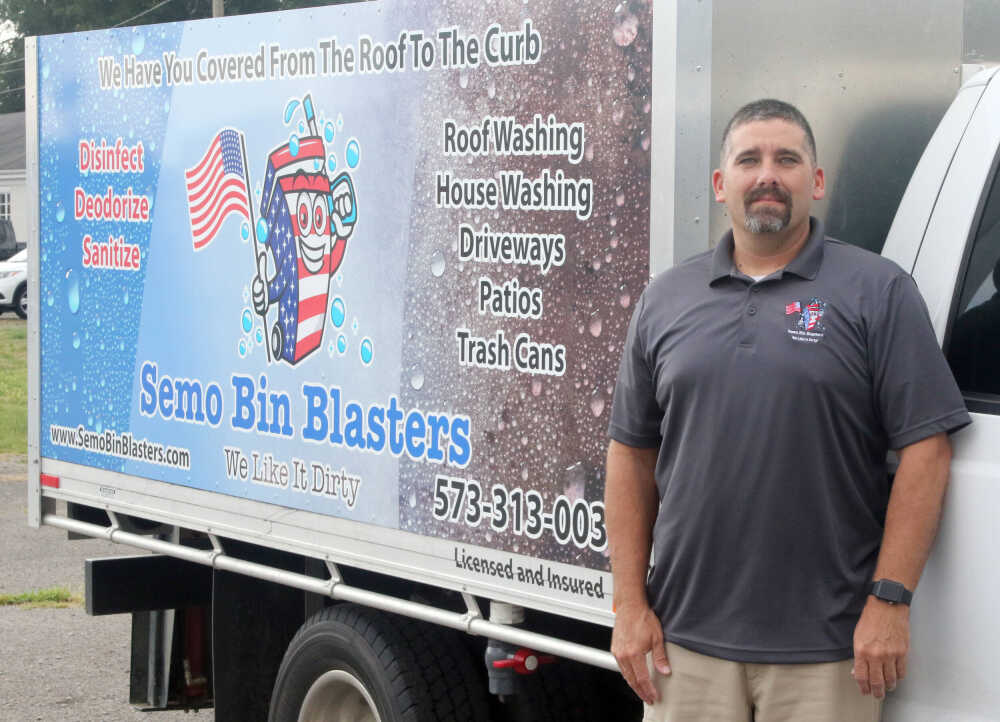 SIKESTON  For many, the smell of their trash bins can often be unpleasant but a new local business hopes to solve the program.

Lemonds said that the hot water is where the disinfectant and sanitizing come from and there are no chemicals involved in the cleaning process.

The process is also environmentally friendly.

We collect all the water that is used to clean the trash can, Lemonds said. It falls into a hopper that pumps into a separate tank to be disposed of later.

Lemonds just started the business in April and said the first year or two is about education and telling people about what they do as some question the cleaning of trash cans.

People keep (the trash bins) in their garages, Lemonds said. There are flies. They stink.

After getting the cans cleaned over a couple months, there is a noticeable difference.

The more you clean it, obviously the better it is, Lemonds said. Its fairly inexpensive. Its $20 for the first month and then its $15 for each month after that.

The business is one that has been overseas for years and has just been in the United States the last 12-13 years and is bigger in populated areas like cities.

I have a wife and two kids, Lemonds said. My son is in college and is going to school for business and finance. Thats what our driving fact was is he wanted to see something from the ground up. What he likes to see is results so this is something we thought we would tackle together.

Semo Bin Blasters is more than cleaning trash bins. Their motto is We have you covered from the roof to curb, and offer roof washing, house washing, driveway washing and patio washing along with the trash can cleanings.

Roof cleaning is a process I dont think many people are aware of, Lemonds said. Its a soft wash process. So rain water falls harder than the pressure that would be used on your roof. We have a solution you spray on the roof and it simply rinses itself off.

Lemonds said the black streaks on peoples roof is a basically a black mold.

A lot of people think it is the roof deteriorating and in reality its just mold and you clean the mold off just by spraying this solution on there, Lemonds said. It basically regenerates the roof to looking almost like new again. Its a harmless process. Theres not a lot to it.

They also offer house cleaning, something that Lemonds said if residents did more regularly it would save money.

You have a car you wash 26 times a year, 52 times a year, but you have a few hundred thousand dollar home investment and you dont wash it but once every three or four years or when it gets dirty, Lemonds said. ont ever let it get to that filthy stage, the cost is obviously less. Youre going to be able to keep that cost down because youre not washing all the moldy, nasty, grimy off. Youre going to be able to keep it clean.

To find out more about Semo Bin Blasters or to start a service, call Lemonds at 573-313-0039 or visit www.semobinblasters.com. They are also on Facebook.