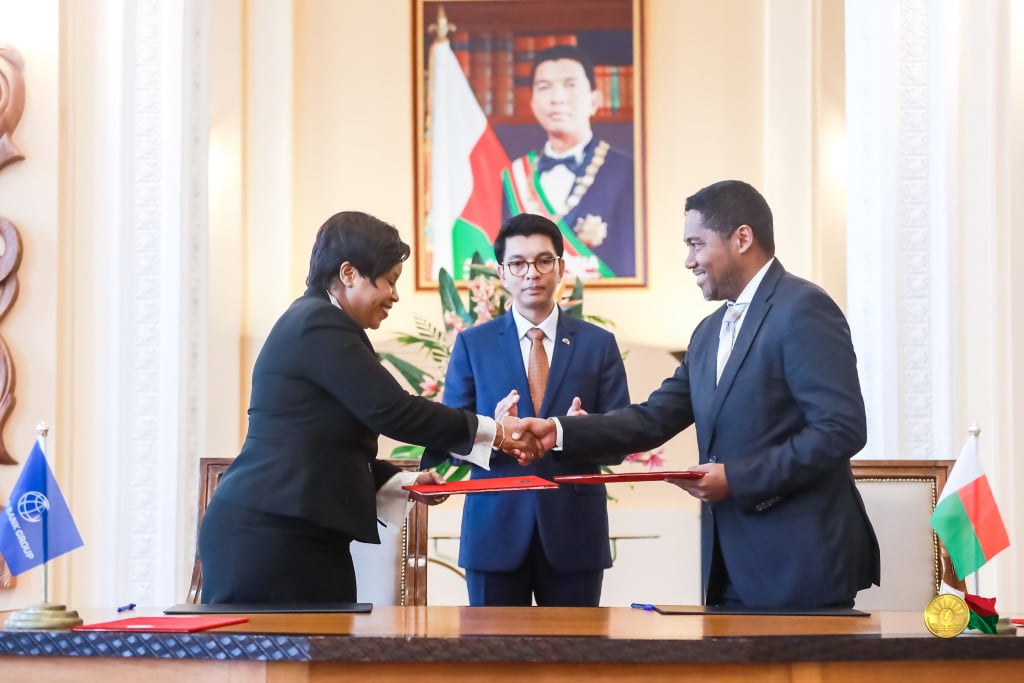 The World Bank promises to grant a loan to the Malagasy government for the financing of the Project for the Improvement of Access to Drinking Water (PAAEP) in Madagascar. An agreement relating to the granting of this financing was signed recently in Tananarive, in the presence of the Head of State Andry Rajoelina. The PAAEP, for which the World Bank is committing 220 million dollars, aims to strengthen the supply of drinking water in the Malagasy capital, but also in the cities of Antsiranana, Mahajanga, Fianarantsoa, Manakara and Antsirabe.

In the capital Tananarive, the project validated by the Council of Ministers in April 2022 aims to increase drinking water production capacity by 20%, or 40,800 m3 per day, through the construction of new treatment facilities. The PAAEP will also enable the strengthening of the water network of the public company Jiro Sy Rano Malagasy (JIRAMA).

A springboard for the reconstruction of drinking water infrastructures

“Madagascar is facing a water and sanitation crisis given its extreme vulnerability to the impacts of climate change and meteorological shocks, as evidenced by the recent cyclones,” recalls Marie-Chantal Uwanyiligira, the World Bank’s operations manager for Madagascar.

Read also- MADAGASCAR: the World Bank grants 40 M$ for the development of irrigation

The Malagasy government wants to rely on the PEAP to rebuild the infrastructure affected by the climatic disasters that have hit Madagascar in recent months. In February 2022, the island was hit by Cyclone Batisrai, which made landfall in Mananjary, with winds of 165 km/h and gusts to 235 km/h, displacing 61,000 people, affecting 112,000 people and killing at least 92.

The impact of the Tana water project

These repeated disasters are putting a strain on the drinking water supply systems in large cities like Tananarive, which are already struggling to meet the needs of their populations. Moreover, due to the lack of pipes, the JIRAMA supplies certain areas of Greater Tananarive with water from tankers. This shows the importance of the PAAEP, which should also enable the strengthening of JIRAMA’s operational capacities. According to the Malagasy government, the project should guarantee the supply of drinking water to 1.8 million people, including 1.2 million in Tananarive and 600,000 in other towns.