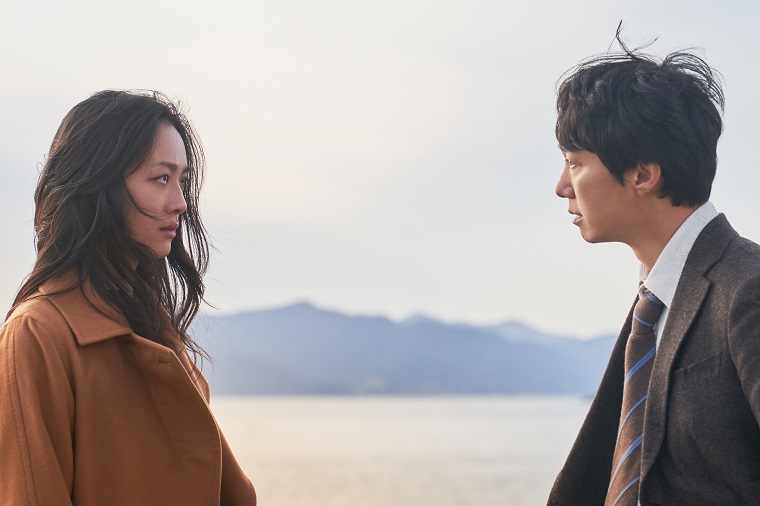 Korean Film Festival in Australia (KOFFIA) branches back out this year in four major Australian cities, bringing a lean and clean program of genre favorites and Festival picks. Ensuring that nobody will gets FOMO if they miss the latest playing at other Aussie international Film Fests, such as MIFF (Hong Sang-soo joints, Decision to Leave etc) the overlap of films is a welcome move.

With no streaming service, fans will have to venture out in early spring to catch some real crowd-pleasers in actual cinemas.

Arguably the mainstream appeal of Korean culture has resulted in some safe picks and beige efforts impacted by Covid-stoppages, there is a wider discussion to be had on how this mass appeal including Netflix-distribution of K-Drama and Korean film has lessened the impact of the Hallyu wave.

Check the line-up with links to our reviews, below.

Taking place in: Sydney (18-23 Aug), Melbourne (1-5 Sept), Canberra (1-3 Sept), Brisbane (8-11 Sept), the Festival program features thirteen diverse genre films; whether you are a film buff or not, this year’s curation of films will lead you on a cinematic journey of human emotions according to Programmer Francis Lee. “We wish KOFFIA will continue to serve as a platform on which more and more Australians will discover and enjoy the Korean way of storytelling, cinematography, acting and many more that are resonating with the global audience”.

The program strictly broken down by genre includes:

Decision To Leave (Park Chan-wook’s first since The Handmaiden), this neo-noir sees a man fall from a mountain peak to his death. The detective who is carrying out the investigation meets the dead man’s wife Seo-rae (Tang wei). who shows no signs of agitation or sorrow resulting in her being a suspect as the detective observes, and falls for her. “Shakespearean in its romantic-doom”, check out our review here; the delightful yet heart-breaking Broker, features Cannes Best Actor Song Kang-Ho and K-Pop star IU, and depicts a pair who illegally take an abandoned infant from a ‘baby box facility’ with the intention of finding the child a good home themselves, “a profound family drama”, check out our review here; In Front of Your Face features a former South Korean starlet, now living in anonymity in the US capturing twenty-four hours in this fallen star’s life, the latest from Hong Sang-soo so natually it is “a horny dramedy”, check out our review here; Hommage is a tantalising mystery starring Lee Jeong-eun (Parasite) as a filmmaker searching for missing footage from one of the first feature films by a South Korean woman; In Our Prime follows an outcast in a prestigious private high school, who meets Hak-sung (Choi Min-sik, Oldboy), the school’s security guard who is actually a mathematical genius living with a secret past.

KOFFIA’s Opening Night film, Special Delivery is a crime-action film that sees a secret delivery clerk dragged into illicit gambling and a long pursuit from Seoul to Busan involving a crooked police officer and his son; Escape from Mogadishu (from Veteran action Director Ryoo Seung-wan) is set at the height of the Cold War, with a diplomatic skirmish taking place in Somalia’s capital which ultimately leaves Korean diplomats in their respective embassies, trapped, promising intense action and thrills, “big, brash but empty spectacle”, check our review here; The Policeman’s Lineage follows Min-jae, whose family has been in the police force for generations, and has been ordered to investigate a crooked cop as he slowly starts to be influenced by him; Hot Blooded is a film set in Kuam, a shabby port town in the shadow of Busan, focusing on a third-rate gangster turned hotel manager whose life spirals out of control when a murder suspect returns home and begins causing trouble all over town; The Roundup sees ‘Beast Cop’ Ma Seok-do (Train to Busan) head to a foreign country to extradite a suspect, but soon discovers additional murders and a tourist killer.

I-an (Yoon Kye-sang) loses his memory and wakes up in a new body every twelve hours in Spiritwalker, each time forced to discover who he is anew. In his desperate search to find himself, and as he bores deeper into the mystery, he runs into a secretive organisation that appears to be chasing him.

Toxic follows an ER doctor who suddenly loses his wife due to a toxic humidifier disinfectant that claimed a large number of lives – as he goes up against a goliath corporation to reveal the truth.

Perhaps Love follows a group of people and their experiences with love and romance, like Hyun (Ryu Seung-ryong), a best-selling writer, who has found himself in a slump for a long time. In the meantime, he accidentally meets Yu-jin (Mu Jin-sung), an aspiring young writer.

Tickets to the Korean Film Festival in Australia are on sale now at www.koffia.com.au