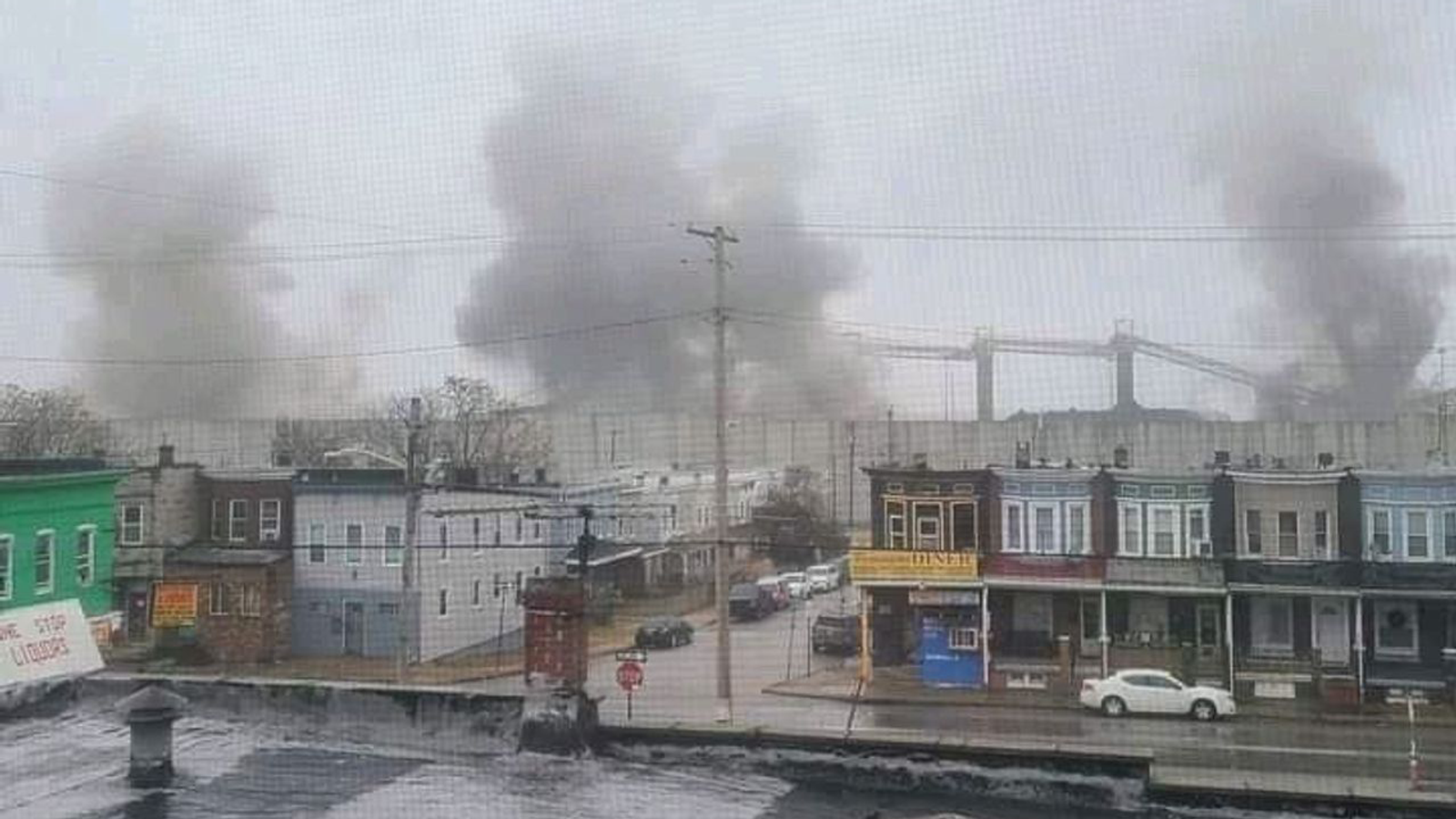 On December 23, the Maryland Department of the Environment (MDE) announced a settlement with transportation company CSX. The settlement addressed a series of air pollution violations caused by the company after a severe explosion occurred at its Baltimore facility in December 2021.

The explosion occurred at a CSX coal terminal on Benhill Avenue in Baltimore on December 30, 2021, several hundred feet outside the Curtis Bay community.

Videos of the incident, still on YouTube, show a massive explosion sending flames up into the sky that can be seen right outside the plant, along with a shockwave that followed. At 11:47 a.m., local Baltimore firefighters tweeted, “Shockwave could be felt Citywide” and “Hazmat, Special Rescue Units & Fireboats on scene. STAY AWAY FROM THE AREA!”

The Baltimore Sun, reporting on the explosion a few days afterward, said that the explosion resulted from ignition as coal moving into a transfer tower within the facility met with the methane and dust in the atmosphere.

The settlement required CSX to pay a penalty of $15,000 to MDE and $100,000 to the South Baltimore Community Land Trust. The non-profit trust is partnered with the Curtis Bay Community Association to help fund a community project to rehabilitate a vacant building for use as an environmental education and training center.

Early last year, investigations were launched by both federal and local authorities to look into how the explosion happened. These revealed CSX’s negligence in ensuring a safe environment for the workers and the community. Following the investigations, Curtis Bay residents also took separate legal action against CSX.

In June, the Baltimore City Council held one of two city hearings into what caused the explosion at the terminal facility. CSX refused to send representatives and emphasized in statements the economic contributions the company brought to the city. CSX spokeswoman Cindy Schild told the Sun the facility was only shut down for “a couple of weeks,” and reopened in February 2022.

In July, the Occupational Safety and Health Administration (OSHA) fined CSX $121,000 following a separate investigation. They cited nine violations that contributed to the hazardous environment that led to the explosion.

A couple of months after OSHA’s report, the city of Baltimore held a second hearing on the blast. A CSX official told CBS News the explosion was due to “inadequate ventilation [which] led to the accumulation of methane.” Baltimore city officials ended the hearing by signaling they would seek to suspend CSX’s operations in Curtis Bay.

Data published in the US Energy Information Administration in 2017 showed that CSX’s coal piers located in Baltimore are the second largest exporters of coal on the United States’ east coast, accounting for about 29 million short tons of coal a year.

CSX’s pollution of the air has been one of many consistent complaints from residents living near the facility.

A board member of the Curtis Bay Community Association told the World Socialist Web Site, “The bay hosts about 70 facilities of concern, from heavy manufacturing to chemical and pesticide manufacturing, oil, gas, coal, and hazardous waste. A lot of different things.” These hazardous materials “impact on people’s ability to breathe clean air, drink water and not be exposed to any kind of chemicals.”

The neighborhood has brought its own lawsuit against the corporation, alleging environmental negligence, private nuisance and trespass through its various violations.

“[There] used to be three neighboring communities [to Curtis Bay] but they were all bought out or forced out by corporations who wanted less liability for killing people,” the community member explained.

The resident thought the state’s settlement with CSX was “a weak action,” explaining “the pushback by CSX” and attempts to confuse the issue by claiming “that it’s [coal dust] from another coal facility nearby. CSX will confuse everything to the point where the government will back off.”

The sum total of the fines raised against CSX is a drop in the bucket compared to the total revenue of the company last year. In October, CSX announced their third quarter financial results showing the company reached $3.90 billion , an 18 percent increase from 2021.

CSX workers were among the nearly 120,000 railroad workers who voted last year to take strike action against the corporations overseeing their harsh conditions of exploitation. The US federal government, acting on behalf of big business and with the support of the unions, intervened to force through a substandard contract and deprive workers of their constitutional right to hold strike action.

Residents of the Curtis Bay community also showed up in support of picketing CSX railroaders in October, an action that was organized by the Railroad Workers Rank-and-File Committee (RWRFC). When asked why, the Curtis Bay resident said, “We’ve seen the connection between CSX and other railroads are attacking labor to drive down costs and profit more.”

Connecting CSX’s contempt for residents with the broader railroad struggle, the resident said, “We don’t just have a railroad, but a railroad with an exploding coal terminal that is off-limits from oversight and accountability. It felt like a parallel with what’s going on with railroaders.” The resident stated that the federal government’s intervention against the workers was “unconscionable.”