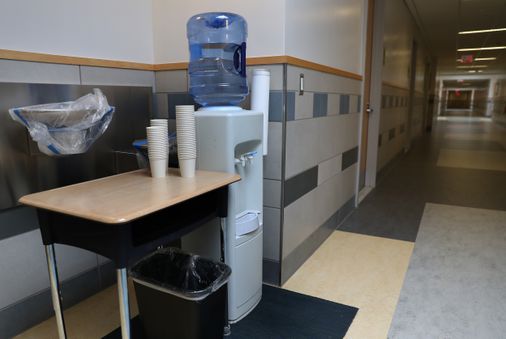 Great to read about the efforts by the Massachusetts School Building Authority, HMFH Architects, Harvard University scientists, and the Green Science Policy Institute in California to get toxics out of Massachusetts schools (“Toxic dust in the classroom,” Page A1, May 9). But this does not come from nowhere. The work of the Massachusetts Toxics Use Reduction program and the state Department of Environmental Protection is the forgotten origin story here. These agencies pioneered the approach of reducing our use of harmful chemicals and began the focus on toxics in schools.

In fact, the Toxics Use Reduction Institute at the University of Massachusetts Lowell issued guidance last month on how to address PFAS, or “forever chemicals,” by making them a category, so that chemical companies cannot keep claiming that a slightly altered version is a new, innocent chemical. This received little to no publicity. Massachusetts’ 1989 Toxics Use Reduction Act, or TURA, is still regarded by those who know as a world model.

The concept of toxics use reduction is simple, but doing it can get complicated, and some companies that sell toxic chemicals do what they can to resist the trend. People generally need a lot of help to do it right, and to be motivated. If we want faster progress, we need a revitalization of government to get it done. We should provide more resources to the programs that have proved their effectiveness with toxics use reductions in large industrial facilities year after year.

Get Today in Opinion

Globe Opinion’s must-reads, delivered to you every Sunday-Friday.

Expansion of the TURA program is long overdue. Give it funding to address schools and help architects, builders, municipalities, and all citizens, because toxics are everywhere and can absolutely be reduced. Let’s make the examples in your article commonplace.

The writer worked in the Executive Office of Energy and Environmental Affairs on toxics use reduction from 1989 to 2015, including the following since-discontinued efforts: the CURIAS Project (Chemical Use Reduction for Indoor Air Quality in Schools), the Massachusetts Interagency Task Force on Toxics in Schools, and the Massachusetts School Sustainability Coordinators Roundtable.