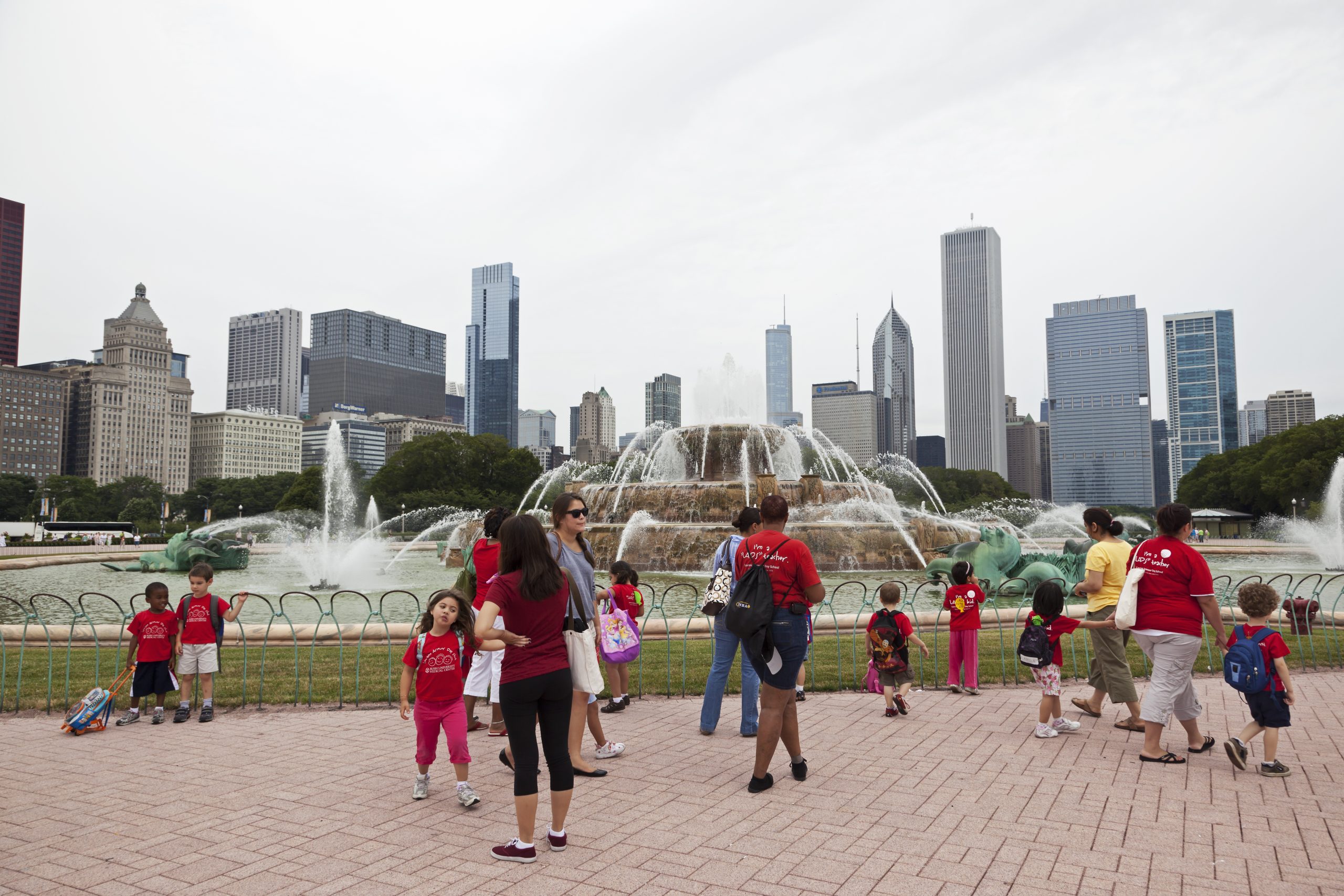 The adage that “crime is socially constructed” is often dismissed as college-dorm-room puffery, a statement that sounds provocative but is naively detached from “the reality” of crime and its impact on communities and the politicians who ostensibly serve them. The media, for its part, has a significant role to play here regarding both the social construction of crime and the manufacturing of consent around the notion that crime is not socially constructed. One recent example of how little our large media institutions covered a major story of mass violence—much less demanded “action” in response to it— is a useful object lesson in how this double standard works.

The American Academy of Pediatrics recommends that lead levels in school drinking fountains should not exceed the threshold of 1 part per billion. “By this measure,” The Guardian reports, “71% of Chicago tests reviewed by the Guardian would not pass.”

One week ago, The Guardian published a blockbuster report, complete with new scientific analysis, showing just how widespread lead contamination is in the water system of the third-largest city in the US: Chicago. Building on years’ worth of reporting by Michael Hawthorne and Cecilia Reyes of The Chicago Tribune, Erin McCormick, Aliya Uteuova, and Taylor Moore of The Guardian carried out a new, independent analysis of Chicago’s drinking water and found that “One in 20 tap water tests performed for thousands of Chicago residents found lead, a neurotoxic metal, at or above US government limits… And one-third had more lead than is permitted in bottled water.” This means, according to the journalists, that “out of the 24,000 tests, approximately 1,000 homes had lead exceeding federal standards.” The American Academy of Pediatrics recommends that lead levels in school drinking fountains should not exceed the threshold of 1 part per billion. “By this measure,” The Guardian reports, “71% of Chicago tests reviewed by the Guardian would not pass.”

The findings also confirm what community activists have been arguing for years: Lead toxins are far more common in poor communities and are disproportionately harming Black and Brown children. As the authors of The Guardian report note:

… nine of the top 10 zip codes with the largest percentages of high test results were neighborhoods with majorities of Black and Hispanic residents, and there were dozens of homes with shockingly high lead levels. One home, in the majority-Black neighborhood of South Chicago, had lead levels of 1,100 parts per billion (ppb) – 73 times the Environmental Protection Agency (EPA) limit of 15ppb.

The stakes here couldn’t be higher. The negative effects of lead in water are manifest and well documented: At the levels uncovered in The Guardian report, lead in water can cause “premature birth, reduced birth weight, seizures, hearing loss, behavioral problems, brain damage, learning disabilities, and a lower IQ level in children.”

So was this report met with widespread outrage about the criminal assault on millions of Chicagoans? No. The report got one follow-up story on NPR and a couple local outlets but received no mention in any mainstream news: CNN, The New York Times, Wall Street Journal, USA Today, The Washington Post, ABC News, CBS News, NBC News—none of these outlets mentioned the new report about Chicago’s clean water crisis. They ignored the story altogether.

It’s not just Chicago, and it’s not just Flint. Lead contamination is a widespread problem in dozens of cities that has been linked to increased disease, brain damage, and harmful mental effects. In other words: It’s a form of mass, routine violence leveled against the poor.

Chicago officials and Illinois state officials, to say nothing of the federal government, have known about this issue for years and have done next to nothing to fix the problem. As The Guardian reports, at the current rate the city is replacing the pipes that are poisoning its residents, Chicago is on pace to finish the task in over 1,000 years. As Heather Cherone of WTTW mentioned earlier this year, after a splashy promise by Chicago Mayor Lori Lightfoot to replace the 400,000 lead pipes two years ago, as of April 2022, only 74 have been replaced, or 0.0185%. (That number hasn’t improved much since the spring. As The Guardian report notes, “as of this month [September], only 180 of the city’s almost half-million lead lines have been replaced.”)

It’s not just Chicago, and it’s not just Flint. Lead contamination is a widespread problem in dozens of cities that has been linked to increased disease, brain damage, and harmful mental effects. In other words: It’s a form of mass, routine violence leveled against the poor. According to one 2019 study by The Global Alliance on Health and Pollution, the United States sees an estimated 196,930 premature pollution-related deaths annually, including 28,260 from lead-related poisoning. One 2018 Lancet study found that lead exposure may be linked to 412,000 premature US deaths yearly, 10 times greater than previous estimates. Can one honestly say they’ve seen a single story on this horrific fact in any of our local or nightly news broadcasts?

Compare this mode of violence and the media’s coverage of it (or lack thereof) to the breathless coverage a single shoplifting incident in San Francisco received last summer—an incident that was written about in over 300 separate articles in the month the video went viral. The theft of less than $1,000 worth of goods was mentioned on CNN (multiple times!), The New York Times, NBC Nightly News, and dozens of other mainstream outlets. A few hundred dollars’ worth of goods being stolen from Walgreens—and the broader Media Concern about a shoplifting “crime wave” since 2021—has captured the public imagination for months on end, and is currently playing a significant role for more than a few candidates running for political office. We get thousands of related “news” stories, committee hearings, roundtables, and frequent congressional mentions of the issue.

Chicago officials and Illinois state officials, to say nothing of the federal government, have known about this issue for years and have done next to nothing to fix the problem. As The Guardian reports, at the current rate the city is replacing the pipes that are poisoning its residents, Chicago is on pace to finish the task in over 1,000 years.

On the other side, however, as mentioned above, there’s only been a handful of scattered reports on the poisoning of millions of Chicagoans, even though the problem has been well known to community activists, environmental activists, and residents for years. While similar instances of mass poisoning and/or governmental abandonment of people in Flint, Michigan, or Jackson, Mississippi, managed to capture national headlines—albeit briefly, and only as a result of relentless online and offline social activism and the circulation of gut-wrenching images of bottles of water needing to be shipped in for years on end—those instances are the exception. Moreover, these crimes against poor and predominantly non-white populations tend to get framed merely as an unfortunate byproduct of living in poverty—an accepted injustice with no author and no party from whom to demand accountability. In the sanctioned arena of public discourse, it would seem, the mass lead poisoning of Chicago’s poor is simply seen as a Law of Nature we cannot do anything about. And then, eventually, media focus on this violence fades from our TVs, newspapers, and websites.

This is how crime is socially constructed. Despite the fact that most wealthy neighborhoods managed to swap out their lead pipes decades ago, poor neighborhoods are deliberately underserved and neglected, and the incalculable injury and death that invariably results is simply factored into the cost of maintaining the status quo. The brain damage, kidney problems, and death leveled at poor Americans who play Russian roulette every time they open their faucet is not given priority, nor is it treated as a horrible crime our leaders need to urgently address or plan for. Such a state of affairs means that Chicago Mayor Lightfoot could just ignore media inquiries about the new report’s findings and quickly pivot to hosting business forums—and the world keeps turning. Everyone forgets and moves on. Because our media––and thus, the public—don’t have the tools to understand that preventable mass injury, death, and environmental harm is not a Fact of Life, something we cannot do anything about. It is a political choice, and it’s one our leaders make every day because those it’s slowly killing have little to no political voice.

Imagine, if you will, that the Chicago City Council passed a law stipulating there could be no new casinos or sportsbooks in Chicago until all the lead pipes were replaced. It would get done in 18 months. The massive developer and gambling lobbies would personally start digging the holes. There is, as of now, no lobby for the poor, no political incentive to frame lead poisoning as a crime, and no media grammar to frame it in this way. So there’s just nightly stories on purse snatchings and shootings—which are, of course, news—but, in and of themselves, provide a wildly incomplete portrait of how violence is visited upon people.