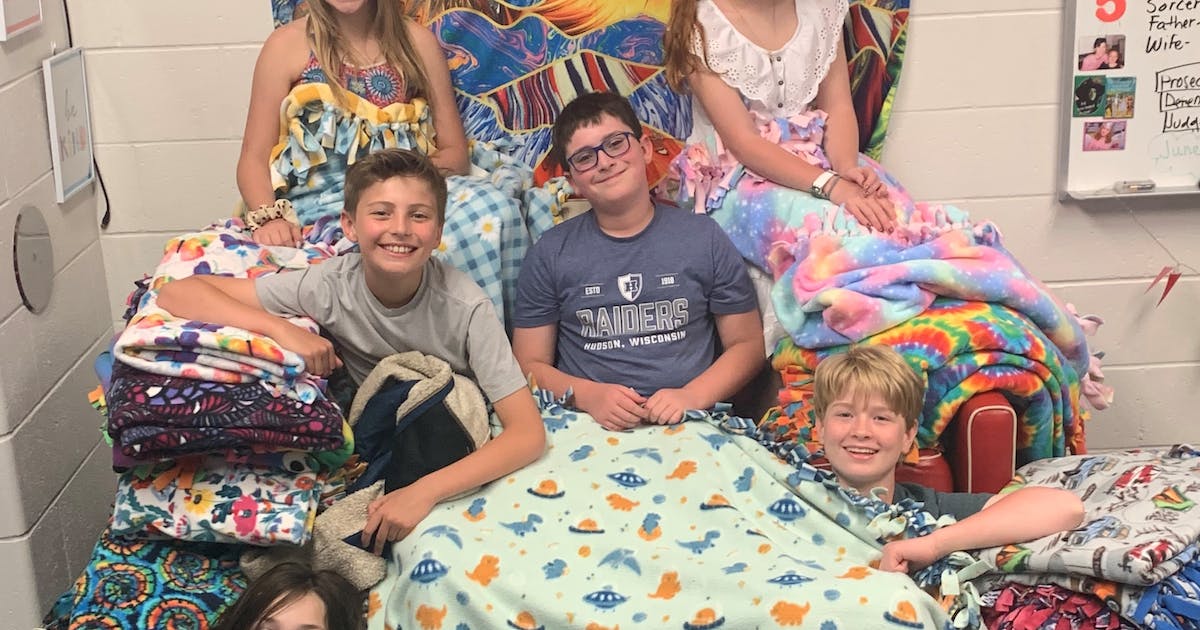 The Hudson, Wis., resident sent three boxes of blankets to the war-torn country earlier this month, the final step in a service project that began with her daughter’s fifth=grade teacher, Katy Cook. Six students from Cook’s gifted and talented class at Hudson Prairie Elementary School spent about 8 weeks making 32 tie blankets for kids at the Lviv, Ukraine, children’s hospital.

Cook dreamed up the project, and Nolan, who was born in Lviv, helped with logistics. The Rotary Club of Hudson donated $840 to pay for shipping, which Nolan had to do through a Polish connection because the U.S. Postal Service has stopped deliveries.

The blankets will go to children at the hospital, including refugee children who have fled other areas of Ukraine.

Under a joint powers agreement between the city and county, South St. Paul will be responsible for providing the site at the corner of Marie Avenue and 7th Avenue. The city will also transfer the library’s collection to the county, maintain the grounds and pay utility bills.

The county will pay to build the library, transition city employees to county employment and maintain the building.

Whether the library will be constructed as a net-zero energy building remains up in the air. The cost of building the “base design” library is about $9.8 million, while the net-zero building’s price tag would be about $10.5 million.

The cost to operate and maintain the library is estimated at $890,000 a year.

The Anoka Police Department is bringing back bicycle patrols, something the agency last had in the 1990s and early 2000s.

“I had been thinking of how the police could become more visible and approachable and how being on bikes could make that happen,” said Police Chief Eric Peterson. “The bike may be the icebreaker for the public to strike up a conversation and an opportunity for the officer meet people in the community that they might not otherwise have contact with.”

Officers will ride primarily during daytime hours in the downtown area, but could also use bicycles during special events and in areas where squad cars can’t go, such as along trails and in parks, Peterson said.

Ramsey County may ban smoking, vaping and commercial tobacco product use on property it owns and leases — including by people sitting in cars.

St. Paul–Ramsey County Public Health is sponsoring the tobacco ban, which would apply to indoor and outdoor spaces, including parks, and to private vehicles parked on Ramsey County property.

The County Board will hold a public hearing on the proposed ordinance at 9 a.m. Tuesday.

The ordinance is designed to protect public health as well as reduce childhood exposure and use, according to a county press release.