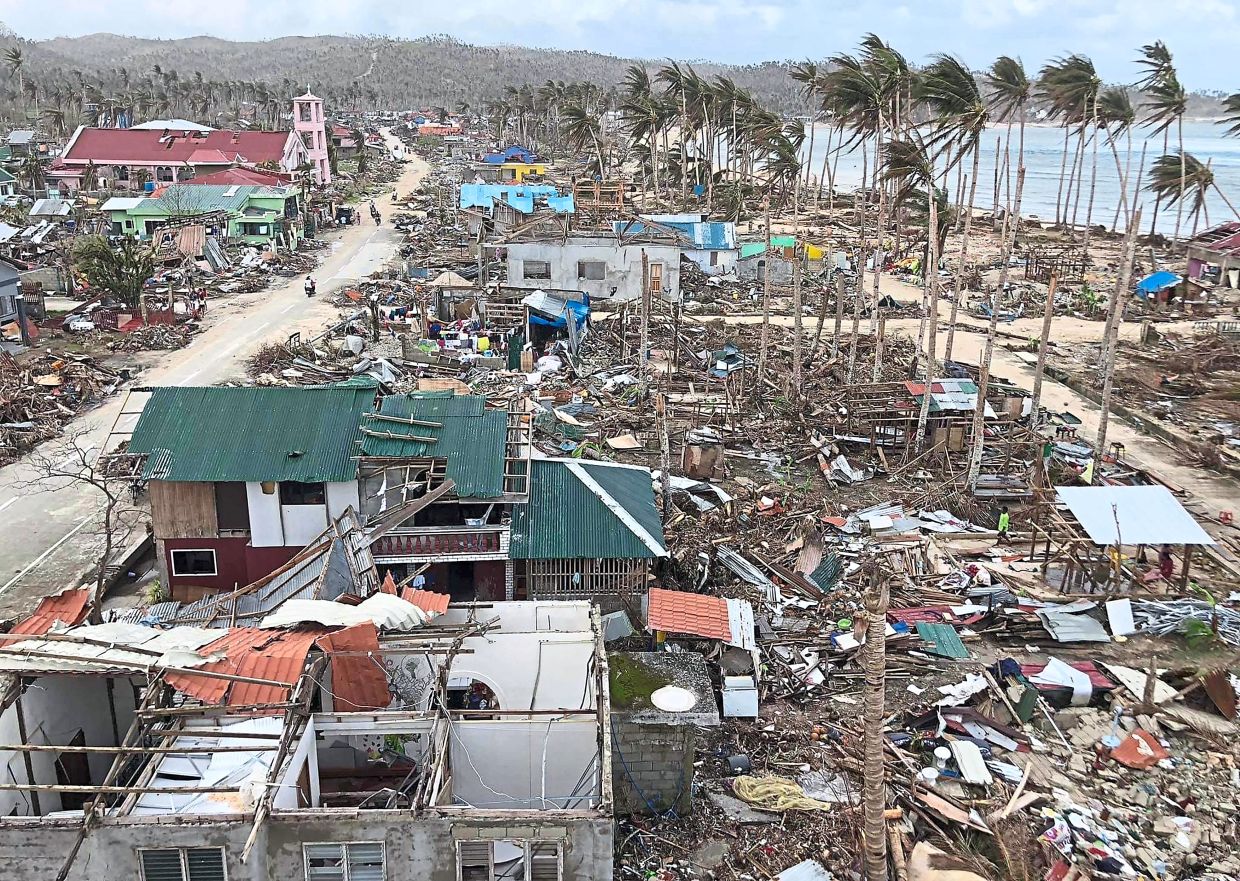 Nine people have died and hundreds have fallen ill with diarrhoea in areas of the Philippines wrecked by a typhoon last month, with aid officials warning of a health crisis as millions struggle to secure clean water and food.

Nine people have died from dehydration caused by diarrhoea in the impoverished Dinagat Islands and the neighbouring resort island of Siargao, known for its surf spots, the Philippine health department’s regional office said.

A total of 895 cases were recorded there since the typhoon struck, mostly among those left homeless, as the government and aid agencies rush to build emergency water treatment facilities, department spokesperson Ernesto Pareja said.

“It’s hard to say it’s under control. The water supply remains irregular. Their food needs have not been addressed,” Pareja said.

The International Federation of Red Cross and Red Crescent Societies (IFRC) warned of a “mounting health crisis” in typhoon-hit areas as it scaled up its disaster response.

“It is extremely concerning that people have been getting very sick and even dying in areas smashed by this typhoon,” IFRC Head of Philippine Delegation Alberto Bocanegra said in a statement on Thursday.

A total of 402 people died from the typhoon, according to the Philippine civil defence office’s latest tally, with more than 1,200 injured and 78 still missing and at least 370,000 still in evacuation centres.

The United Nations World Food Programme (WFP) said the government’s preparations for the storm and early response had been “laudable” but warned that more support was needed.

Pareja urged donors and aid agencies to continue their work.

“To all our partners, we hope they will not stop the flow of aid. The situation remains unstable,” Pareja said.

Survivors have likened the storm to Super Typhoon Haiyan, which left 7,300 people dead or missing across the central Philippines in 2013 and remains the country’s deadliest on record.

Local health officials are also monitoring respiratory infections after at least two cases turned out to be Covid-19. — AFP