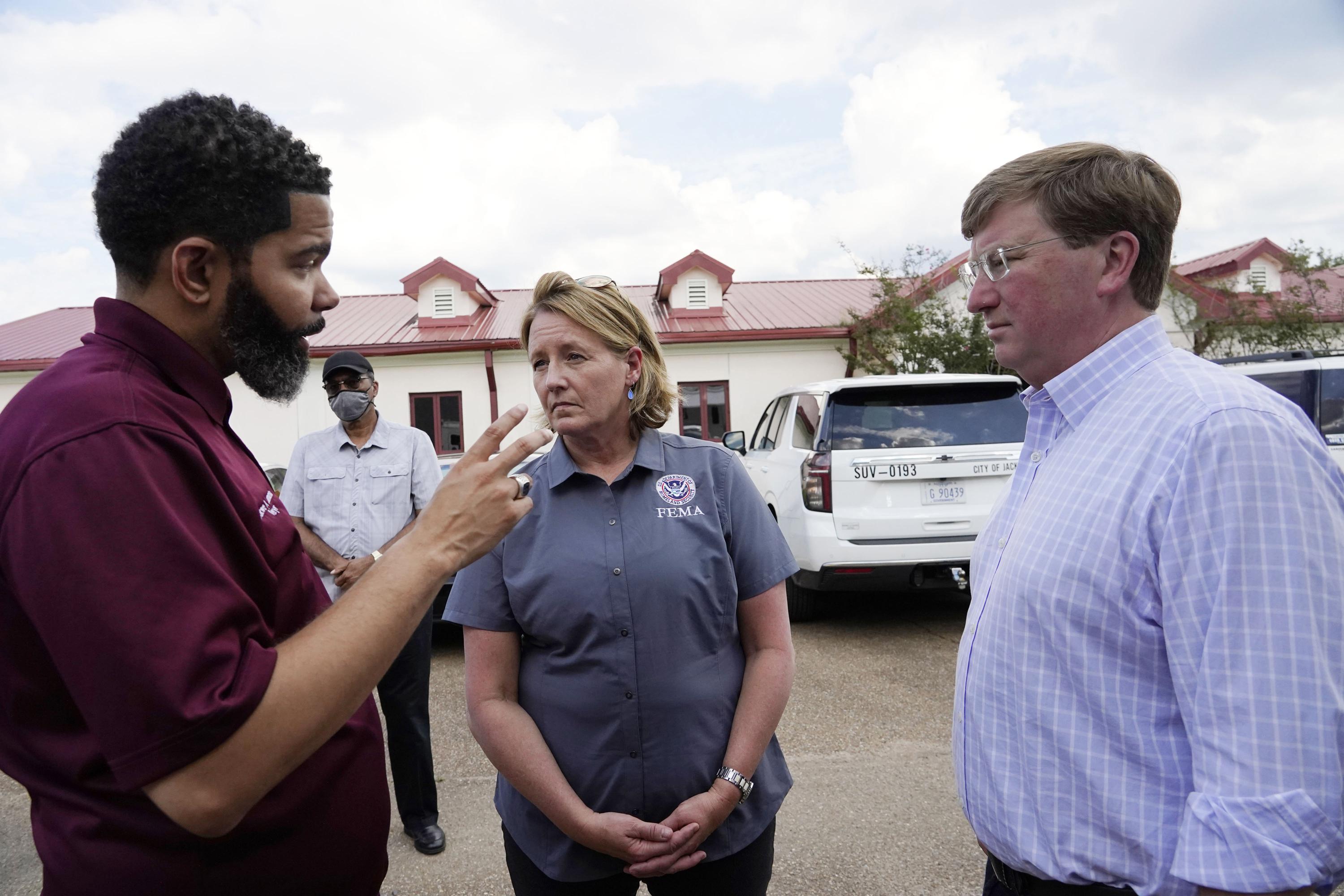 Reeves and Jackson Mayor Chokwe Antar Lumumba have traded barbs over how much control the state and city will have to decide on a private firm to operate Jackson’s water system over the long term. City officials say an operator will be in place by Nov. 17, although a plan has yet to be finalized.

Reeves said extending the state of emergency would allow for a five-day transition period between the state’s management team and a private firm that will be chosen to operate the water system over the long term.

Jackson’s water system has been beset by problems for decades, and the latest troubles began in late August after heavy rainfall exacerbated problems in the city’s main treatment plant, leaving many customers without running water. Jackson had already been under a boil-water notice since late July because the state health department found cloudy water that could make people ill.

Jackson’s water crisis left most homes and businesses in the city without running water for several days in late August and early September. Since that time, “the state has invested nearly $13 million to prop up Jackson’s failing water system, distribute water, and restore clean running water to the residents of the city,” Reeves said.

President Joe Biden approved a federal emergency declaration on Aug 30. Volunteers and the National Guard distributed millions of bottles of drinking water. Water pressure has been restored, and the city’s boil-water notice was lifted in mid-September. But many residents remain skeptical about water safety in the city.

The Environmental Protection Agency announced in October that it is investigating whether Mississippi state agencies have discriminated against Jackson by refusing to fund water system improvements in the city of 150,000, where more than 80% of residents are Black and about a quarter of the population lives in poverty. Two congressional committees have also started a joint investigation into the crisis.

Michael Goldberg is a corps member for the Associated Press/Report for America Statehouse News Initiative. Report for America is a nonprofit national service program that places journalists in local newsrooms to report on undercovered issues. Follow him on Twitter at twitter.com/mikergoldberg.