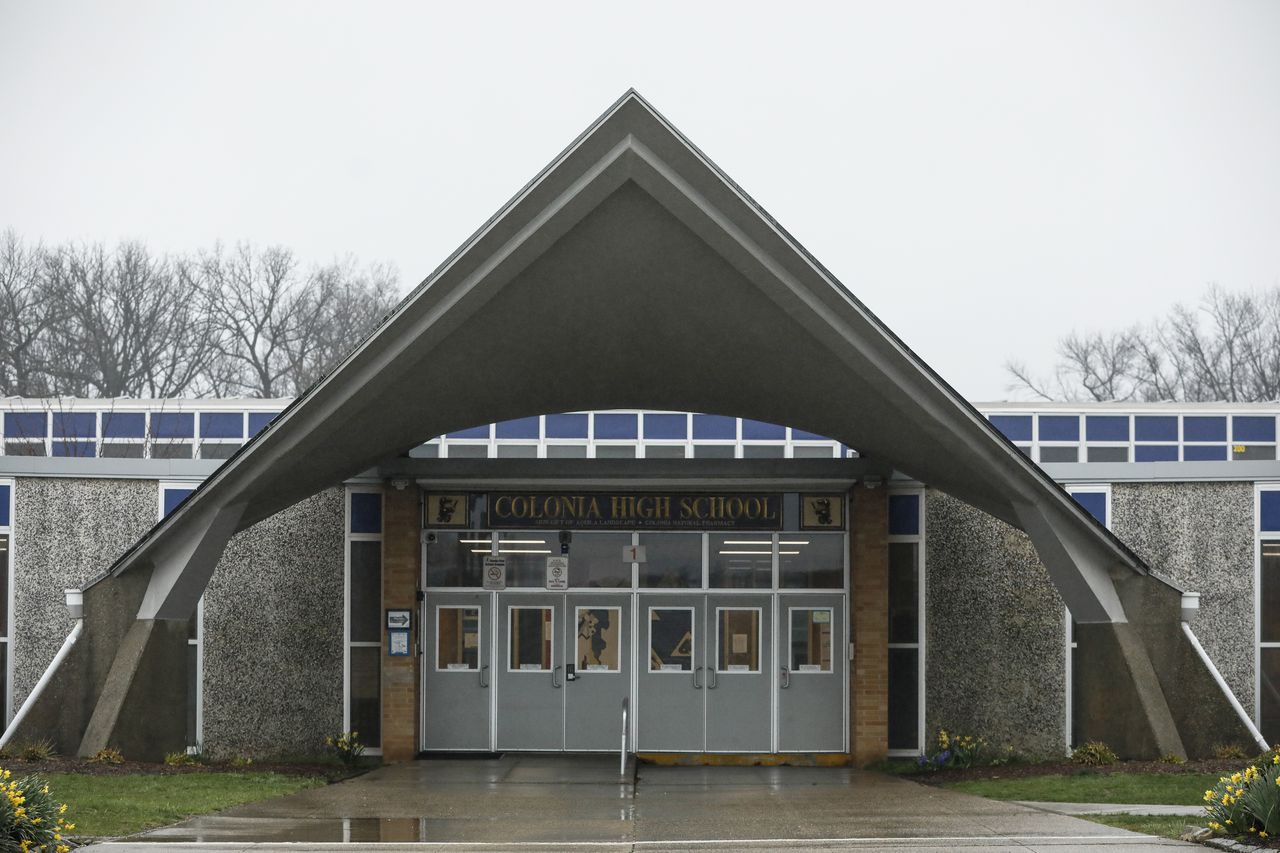 The mother of two Colonia High students who believed not enough environmental testing was done in the aftermath of reports of a possible brain tumor cluster connected to the school told NJ Advance Media she has found evidence of highly toxic chemicals at Colonia through her own independent testing.

The mother, Edyta Komorek, who has worked as an environmental scientist since 2006, said she collected dust, window caulk and soil samples from Colonia that tested for excessive levels of polychlorinated biphenyls (PCBs), chlordane, heptachlor and heptachlor epoxide — all carcinogenic compounds that can lead to cancer and other diseases.

Komorek said the results of her testing indicate state environmental officials should conduct further tests of the air, soil and building compounds at Colonia.

“I just felt like there were a lot of unanswered questions regarding the school,” Komorek told NJ Advance Media. “I didn’t feel that my kids were safe there until actual soil, groundwater and air samples were collected — and nobody wanted to do it.”

In an acknowledgement of the significance of Komorek’s findings, the district sent out a statement to parents and guardians Monday evening. Massimino said in the memo the district has “contacted our environmental consultants, the Health Department of the Township of Woodbridge, and Township Officials to review the information.” He also said the township “shared the information with the State Department of Environmental Protection and the State Department of Health.”

Earlier this year, Colonia graduate Al Lupiano, also an environmental scientist, discovered more than 100 teachers and alums of the school who reported having brain tumors, drawing international attention to the community and sparking state and local investigations. In May, the district and state announced an environmental assessment of all 28 acres in and around Colonia found no traces of radiological contaminants and the school was deemed safe for students and staff.

Komorek, Lupiano and several other parents criticized the assessment — which did not include taking soil or water samples — for not being thorough enough to put their minds at ease, despite assurances from state Department of Environmental Protection Commissioner Shawn LaTourette.

“What would you do if you went to the doctor, you aren’t feeling well,” asked Matthew DeCillis, whose wife, Angela, died from a brain tumor in February. “They said they took your temperature. You’re 98.6, you’re fine, go home. Would they just end it at that?”

When it didn’t happen, Komorek — who earned a joint degree in environmental science from Rutgers and New Jersey Institute of Technology and specializes in air, ground water and soil contamination — took matters into her own hands.

She said she collected a dust sample from the top of the stall in a women’s bathroom inside Colonia on Aug. 30, then sent it to a state-certified laboratory in Mountainside for testing. The sample was collected using a laboratory-prepared hexane wipe and placed in a pre-cleaned, laboratory-provided jar, with a screw-on lid.

The sample came back indicating PCBs at concentration of 4.3 ug/wipe (or 100 cm2), “indicating that PCBs may be present in indoor air,” according to a report compiled by Komorek and obtained by NJ Advance Media.

Three weeks later, Komorek collected a caulk sample from a northern exterior wall of the school and sent it to another state-certified lab in Fairfield. The results indicated PCBs at concentration of 50,500 mg/kg, exceeding the U.S. Environmental Protection Agency regulatory level of 50 mg/kg, according to the report.

A soil sample taken from near the northern wall of the school similarly indicated PCBs concentration of 575 mg/kg, exceeding the New Jersey Soil Remediation Standard.

The soil also tested positive for excessive levels of chlordane, heptachlor and heptachlor epoxide — all pesticides, the report said.

“The action (should) be undertaken immediately, due to high exceedances of the State and Federal regulatory standards for PCBs and pesticides, as well as the fact that PCBs and chlordane inhalation may be occurring by students and staff,” Komorek stated in a letter to district officials.

Komorek was so alarmed by the findings that she decided to pull her daughters out of Colonia this week and enroll them in another Woodbridge high school, per the district’s transfer policy. She also cautioned that additional toxins could be present at the school because she described her initial testing as “very limited,” meaning it did not include taking air samples or probing deep into the soil or groundwater.

“Other toxic elements and compounds could exist at the school’s property due to presence of suspected fill material, potential illegal disposal of chemicals or contaminant migration from surrounding properties,” Komorek stated in her letter. “A comprehensive investigation of soil, indoor air, and groundwater shall be conducted to determine if children and staff are exposed to unhealthy levels of toxins other than already identified PCBs and pesticides.”

In his letter to the parents in the school district, Massimino wrote: “Nothing in the newly reported information has any bearing on the prior studies which determined last spring that no radiation was found inside or outside of Colonia High School. We will continue to keep you informed as we develop a plan of action based on the advice of our experts.”

For her part, Komorek said she took it upon herself to do the independent testing “for my own peace of mind, to sleep at night, and for my girls to remain at the school.”

“I was hoping it was going to come back negative,” she added. “Unfortunately, that didn’t happen.”

Our journalism needs your support. Please consider subscribing to NJ.com.

Matthew Stanmyre may be reached at [email protected] Follow him on Twitter @MattStanmyre. Find NJ.com on Faceboo