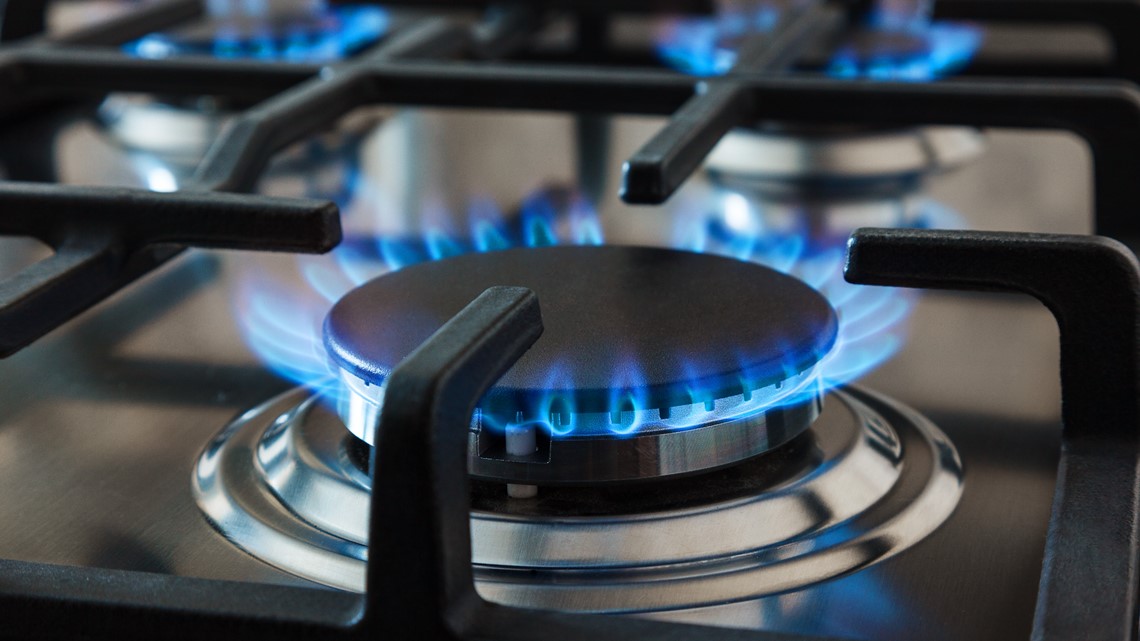 A new report from county health officials notes that indoor air pollution can be especially hazardous to children.

Nadège Dubuisson, Environmental Toxics Program Specialist with the county and lead author of the report, said the county analyzed dozens of studies and reports on the use of natural gas appliances in homes and concluded that they should be removed wherever possible.

“Our review of the most recent scientific literature found conclusively that gas stoves are a health hazard — especially for children with growing lungs,” Dubuisson said in a statement. “To protect against pollution-driven respiratory problems, we recommend a transition away from combusting appliances in favor of healthy electric alternatives whenever possible.”

Citing research from the Environmental Protection Agency, the report raises concerns over a number of indoor air pollutants that can come from using gas appliances, specifically nitrogen dioxide from stoves.

Asthma is one of the most prevalent chronic diseases in Multnomah County, health officials said, with one in 10 adults suffering from the ailment. Rates of asthma are also higher among low-income residents and people of color, the county said, because they tend to live in places with higher levels of outdoor air pollution and are more likely to use gas stoves to heat their homes.

Reducing natural gas emissions, the primary component of which is methane, is also key to fighting climate change. Though it is much more short-lived than carbon dioxide, methane can be up to 25 times as potent at trapping heat in the atmosphere, according to federal data.

The United States is among the biggest contributors to global methane emissions with most human-caused emissions coming from livestock, landfills and oil and gas systems, according to the EPA.

NW Natural, Multnomah County’s largest supplier of natural gas, said they were frustrated that the county had engaged with the utility before the report was released.

“We were surprised and disappointed to see the Board of County Commissioners agenda item titled, ‘Combustion Appliances Report’ after it was posted with no prior outreach from staff,” Kathryn Williams, vice president of public affairs and sustainability, wrote.

Williams said these kinds of reports are often based on “questionable research that relies on skewed datasets” and many fail to consider the role of proper ventilation, which Oregon building codes require in new homes.

“No study we are aware of has found health effects associated with the use of gas stoves under proper ventilation conditions,” Williams wrote.

Williams stressed that the utility would like to be involved in the county’s efforts to electrify home appliances, but so far has not been given the chance.

“We are eager to learn more details about the County’s efforts related to gas appliances, but thus far we have not been allowed to engage,” she wrote. “This exclusion is emblematic of a broken process.”

“When we see evidence that the methane gas we use to cook in our homes is harmful to our health, we need to find ways to curb the risk it poses,” she said in a statement. “In the long run, shrinking our dependence on fossil fuels remains the most effective way to protect our air quality, while also mitigating the climate impacts that put our communities at risk today.”

County officials pointed to incentives that will kick in next year, provided under the Inflation Reduction Act, that could provide substantial assistance to people looking to switch from gas appliances to electric.

“In the long run, shrinking our dependence on fossil fuels remains the most effective way to protect our air quality, while also mitigating the climate impacts that put our communities at risk today,” Kafoury said.