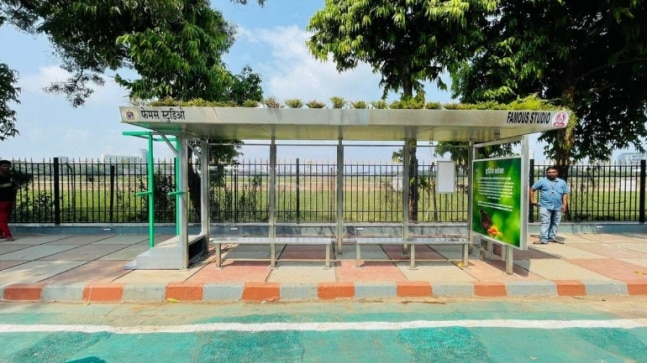 After the first Green Bus Stop near the Race Course received widespread appreciation, the Brihanmumbai Electric Supply and Transport promised to build 30 more such bus stops in the coming three months.

Mumbai is set to get 30 more green bus stops soon under the Tactical Urbanism Initiative. The first such bus stop near the Race Course was appreciated by the Prime Minister’s Office (PMO) which had contacted Brihanmumbai Electric Supply and Transport (BEST) to know more about it.

Following its success, BEST will be adding 30 more bus stops in the coming three months, including 10 in Worli, 10 through Andheri to Goregaon Link Road and the remaining 10 in other areas of the suburbs.

WHAT IS GREEN BUS STOP?

The Green Bus Stop initiative has come up as a unique way to save the environment. At the bus stops, plants and flowers such as Jasmine, Asparagus, Morning glory have been planted on the roofs, along with Ribbon Grass, which helps in air purification.

A fitness rack has also been provided for exercising.

Earlier, Aditya Thackeray, Cabinet Minister of Tourism and Environment for the Government of Maharashtra, had taken to Twitter to show the revamped Famous Studio bus stop at the Race Course and promised 105 such stops all over the city and suburbs.

However, keeping in mind the public interest and enthusiasm, BEST promised to make 30 bus stops in the coming three months itself.

Revamped bus stop of Famous Studio under our tactical urbanism initiative with a beautiful backdrop of the Mahalaxmi racecourse. You will soon spot these sleek bus stops in another 105 locations in the city & suburban Mumbai pic.twitter.com/t8OU8xADIN

Industrialist Anand Mahindra, had also appreciated the first green bus stop by sharing a video of it on Twitter, congratulating and saying “Bravo” to the move.

Finally, Mumbai will get world-class Bus stops to replace the eyesores that have been blots on the landscape. Terrific to also see innovative features like the exercise bar & the ‘cool’ green tops. Bravo @AUThackeray @IqbalSinghChah2 pic.twitter.com/VkqRcirdNJ

(With inputs from Paras Dama)