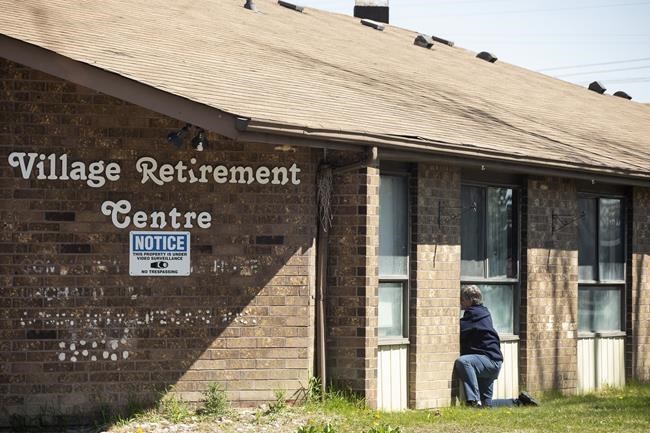 OTTAWA — The expert spearheading new draft national standards for long-term care says they must strike a difficult balance between residents’ safety and their quality of life.

OTTAWA — The expert spearheading new draft national standards for long-term care says they must strike a difficult balance between residents’ safety and their quality of life.

The pandemic devastated long-term care homes across the country as thousands of residents fell ill and died, and laid bare the deficiencies people in the sector have warned about for years.

The federal government requested the new standards in the 2020 throne speech, and CSA Group, previously the Canadian Standards Association, is set to release a draft for public feedback in February.

They will be based on consultations with experts, stakeholders and interest groups across the country.

“We are designing people’s homes and for many of them the last home they’re going to live in.”

A report on the CSA Group’s consultations showed many of the policies and procedures employed during the pandemic to protect residents from the virus did so at the expense of their mental and social well-being.

Infection prevention specialists from the acute care sector were dispatched to long-term care during the pandemic and sometimes requested changes that limited the residents’ quality of life, the report said.

In one example, specialists suggested personal items be removed from the rooms to make them easier to clean and disinfect. But residents’ cherished possessions should instead be considered essential, the report stated.

Mihailidis said striking that balance as part of a national set of standards has been tough.

The CSA Group standards will touch on everything from the heating, ventilation and air cooling systems and plumbing to the use of technology and infection prevention.

While the standards are intended to make sure long-term care centres are safe, he said they will be guided by people-centred care, equity, diversity, and inclusion.

Some suggestions that came up during the consultations involved kitchens that residents can use themselves, single-occupancy rooms, dementia-friendly design elements, gender-neutral washrooms, and dining rooms that allow for physical distancing.

The standards also need to accommodate homes of all sizes and types all over the country, so they will not be overly prescriptive, he said.

They are being developed in conjunction with the Health Standards Organization, which will focus more on the care provided in the homes.

It’s not clear how the government plans to enforce the standards once they are finalized and published in December, however.

He also ordered his minister to develop federal legislation to ensure the safety of seniors in long-term care, though the homes fall under provincial jurisdiction.

“Really, at the end of the day, we need the buy-in from the provinces and territories,” Mihailidis said.

This report by The Canadian Press was first published Jan. 12, 2022.