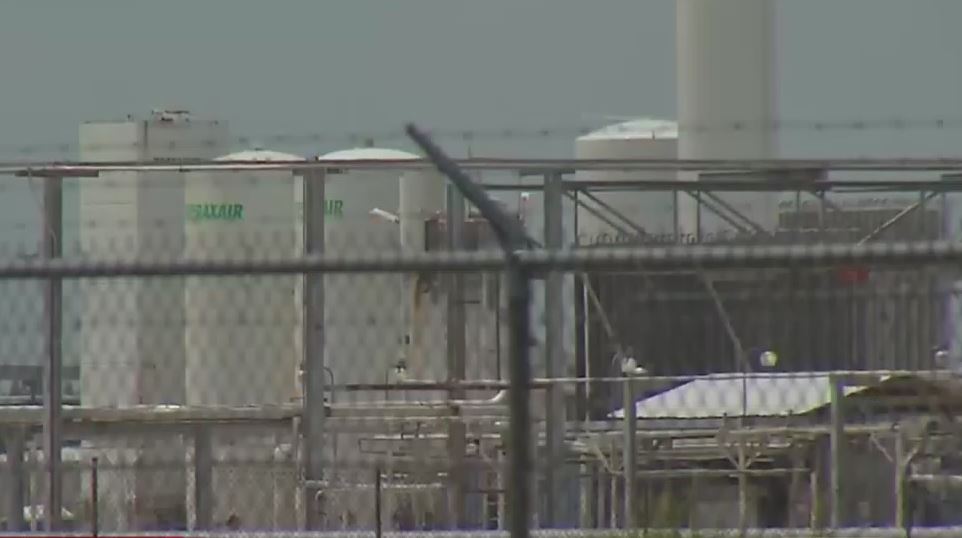 FAYETTEVILLE, N.C. (WNCN) — They’ve been asking for help for 5 years. Now people living near the Chemours plant in Fayetteville may get some relief when it comes to clean drinking water.

State lawmakers are moving ahead with a new plan, but not without pushback.

“What I will fight for… is to protect my rate payers that I represent,” said New Hanover County Representative and Democrat Ted Davis Jr.

Tired of waiting on the federal government both Republican and Democratic members of the North Carolina State House are trying to take care of the problem themselves in the form of House Bill 1095.

“I think it was important for it to happen right now because it’s become such an issue in North Carolina. You know you can’t have areas of our state where there are huge concerns that you have about drinking water,” said Chatham County Representative and democrat Robert Reives.

In 2017 Chemours was found to be leaching PFAS or ‘forever chemicals’ into the soil, the Cape Fear River and the air. The plant in Fayetteville used the chemicals to make non-stick cookware.

After pressure from regulators, Chemours has since taken measures to stop the chemicals from getting into the environment. But state lawmakers want to take it further by taking the financial burden away from residents and local governments.

In a statement to CBS 17, Chemours said:

Chemours is disappointed that the bill appears directed to one company and to propose administrative processes for which legal and judicial authority already exist.

Chemours has done unprecedented work, both before and under the Consent Order. To date, we’ve spent, or committed to spend, more than $400 million. Those significant investments in on-site emissions control technology and remediation at Fayetteville Works include a first-of-its-kind thermal oxidizer, systems to intercept, collect and treat legacy groundwater and surface water discharges from the site, as well as the mile-long underground barrier wall and treatment system now under design and construction. Off-site, we’ve sampled wells, and installed whole-house carbon filtration or reverse osmosis units.

We know of no other company that has done as much to create a responsible manufacturing environment as Chemours has.

We have engaged with public utilities and counties in the region and have been, and continue to be, willing to find meaningful solutions. An example is the previously announced agreement with Bladen County to fund enhancements to their public water system.”

“They have to pay for something they have no control over and was done by a responsible party who’s very very capable of paying to have this done. Chemours is a multi-billion dollar company,” said Rep. Davis who sponsored the bill.

During Thursday’s committee hearing, there were those who spoke against H.B. 1095. Ross Smith, president of the North Carolina Manufacturers Alliance claimed the state would lose potential jobs if the bill passes.

John Hatcher with the North Carolina Forestry Association said “policy and regulation should reflect actual exposure to and risk from chemicals in specific products not merely whether the minimus or trace levels of a chemical may be present.”

Wes Robinson with the American Chemistry Council added “the way this bill’s drafted it would circumvent the federal regulatory process to treat all PFAS as if they were hazardous substances.”

In an impassioned response, Rep. Davis said he has always worked hard to recruit new industry to locate in North Carolina and argued against the naysayers.

“If he really wants to show that they care about the people that their business affects then why don’t they pay for all these things that are having to be done in the Brunswick County water system and the New Hanover County water system to make the water safe from what they’ve put into that river so people can have safe water to drink. They should be responsible for those costs. Not the people who consume the water,” said Rep. Davis.

House Bill 1095 would keep public water system customers from having to pay to remove PFAS from their drinking water. It would also create enforceable drinking water standards for PFAS compounds.

“If those levels are exceeded the responsible party can be ordered to pay for the installation, maintenance and operation of the necessary treatment systems. These costs should not be borne by the residents of these communities,” said NC Secretary for Environment Elizabeth Biser.