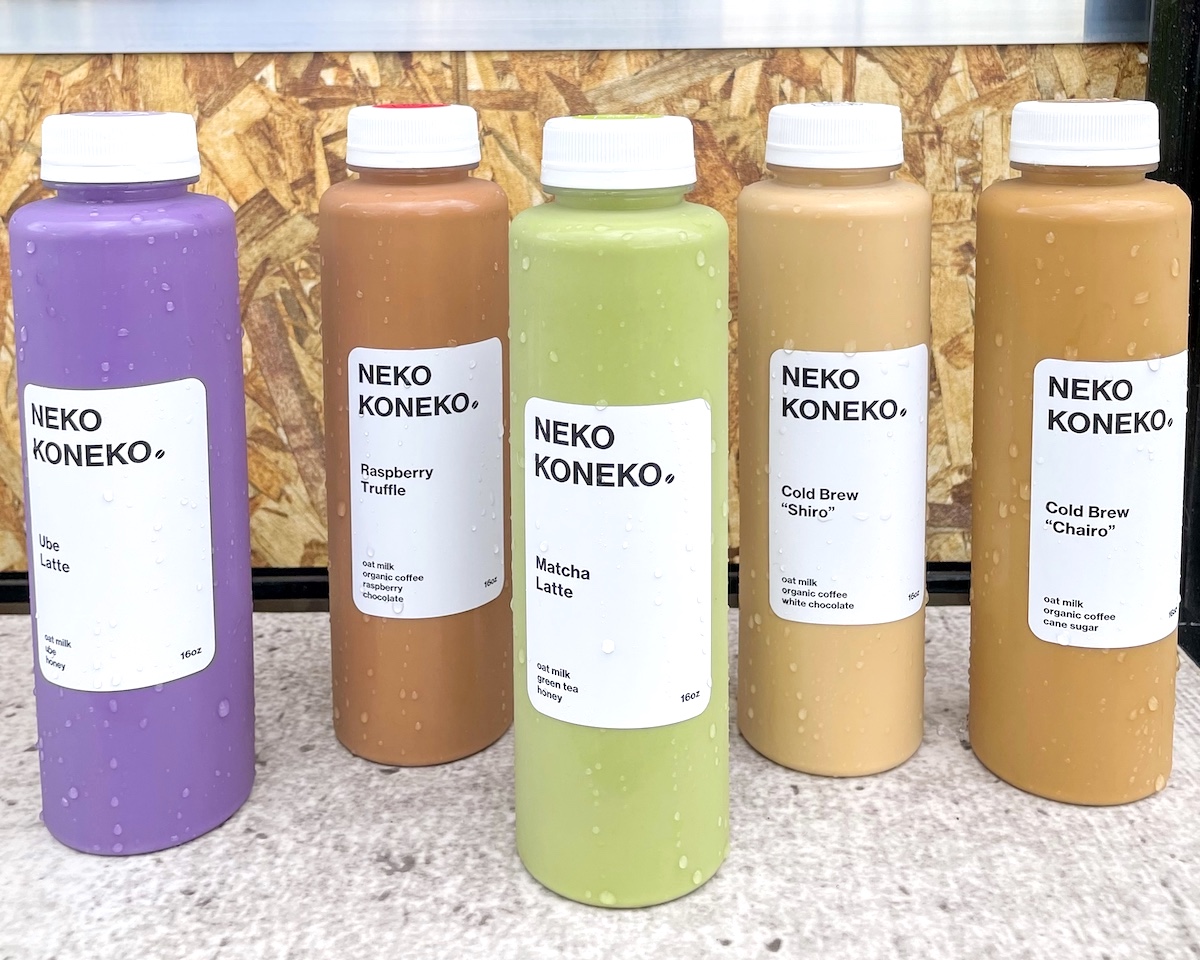 Here I am, back with another coffee shop to share with you all. I wouldn’t call myself a coffee connoisseur, just a lover of all things coffee. And the best lattes I’ve tried have been from coffee shops in Japan. So when Frolic’s Thomas Obungen told me about an Instagram business called Neko Koneko Café, I had to get my hands on these coffees.

Now every few Tuesday nights there I sit, eyes glued to my phone as I repeatedly refresh the pre-order page on my browser. In these short weeks, Neko Koneko has become an obsession. Keep in mind I drive from Kaimukī to Mililani Mauka to pick up these Japanese-inspired lattes, cold brews, milks, and matcha and mocha drinks. They are that good. Pro tip: Since Neko Koneko only opens pre-orders most Tuesdays (but not this week, because of Mother’s Day) and often sells out within 30 minutes, Apple Pay helps your chances significantly.

I’ve tried the Ube Latte, Raspberry Truffle Cold Brew, Matcha Latte, Chairo Lightly Sweetened Cold Brew and Shiro White Chocolate Cold Brew. Each comes not individually (the site doesn’t let you order just one bottle) but in a pack of two for $15 to $17. All of the drinks are made with organic coffee and oat milk, except for the Caramel Macnut Latte. My absolute favorite is the Shiro, whose white chocolate creates a smooth, flavorful, creamy undertone that goes great with the slight sweetness of the oat milk.

Café owners Erin and Jaron Hanus launched Neko Koneko last October. The idea was born one afternoon as the couple sat at a cat café in Tokyo. Erin had been a social studies teacher at Leilehua High School for 15 years, and Jaron owns an air duct cleaning company called Hawai‘i Indoor Air Specialists. Coffee brings people together and is the cat-alyst for great conversation, they reasoned, so what started as a fun idea combining their Japanese heritage with things Japanese turned into a local Instagram sensation named after the Japanese words for cat and kitten. 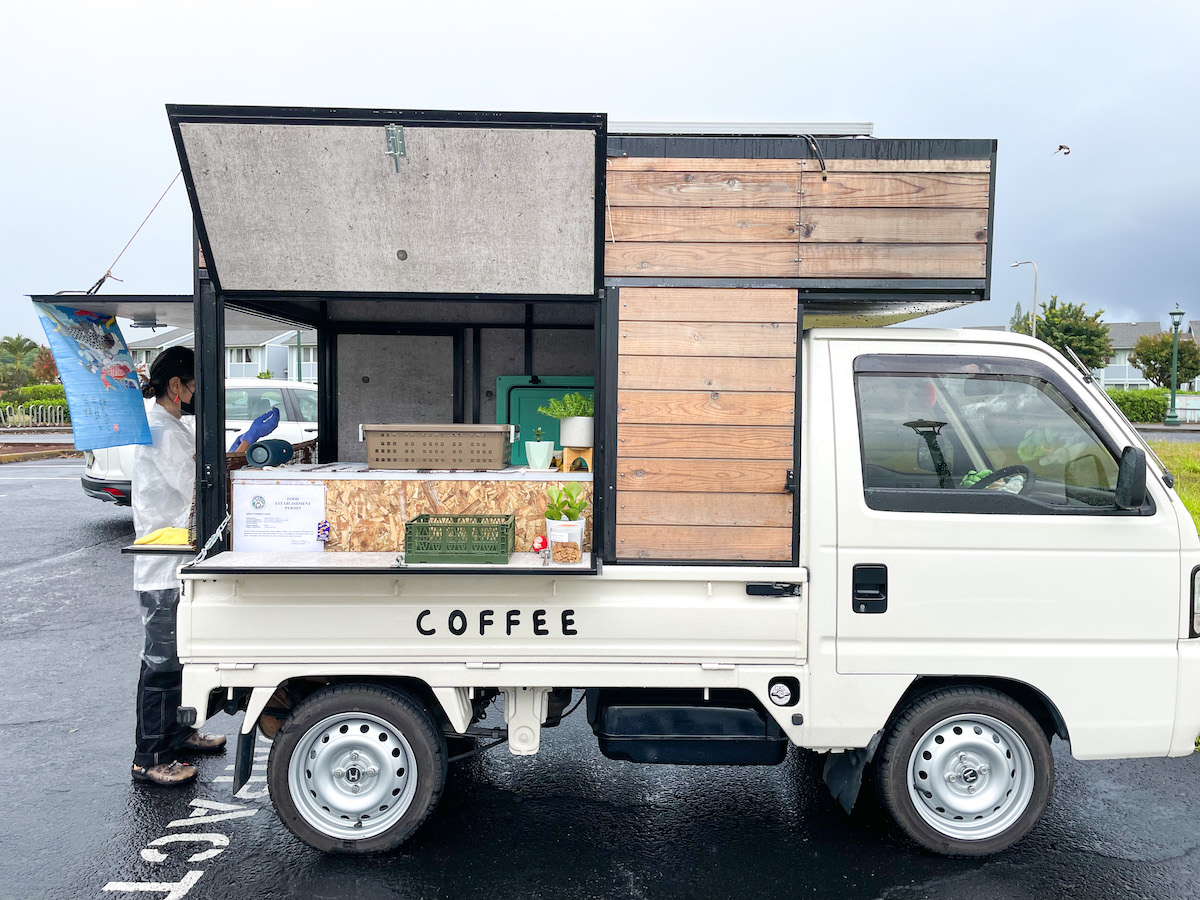 Now Erin works on the coffee business full-time, while Jaron divides his time between the café and his other small business. While Neko Koneko opens pre-orders almost every week, typically on a Tuesday for pickup that Sunday at Mililani Mauka Park and Ride, it also appears at pop-up events and fills large orders in between. So it’s best to keep checking their Instagram posts and stories—and if they’re not open, like this week, that just gives you more time to plan your next order.