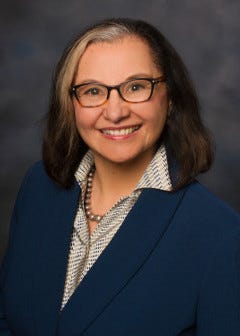 Rights to a clean environment could be enshrined in New Mexico’s Constitution if a resolution pre-filed ahead of the 2023 Legislative Session is passed, putting the matter before voters.

The resolution would define “environmental rights” of New Mexicans, and if passed would create a ballot question in the state’s next general election in 2024.

Environmental rights, according to the legislation, would include rights to unpolluted air, water and soil, and the resolution would require the State, county and city governments to be responsible for them.

Language was also included that financial damages could be paid for violations of environmental rights, should the resolution be passed, and the ballot question approved.

“The people of the state shall be entitled to clean and healthy air, water, soil and environments; a stable climate; and self-sustaining ecosystems, for the benefit of public health, safety and general welfare,” the resolution read.

“The state shall protect these rights equitably for all people regardless of race, ethnicity, tribal membership status, gender, socioeconomic status or geography.”

A similar resolution was introduced in the New Mexico House of Representatives last year, sponsored by Rep. Joanne Ferrary (D-37), but died in committee despite support from environmental groups and some Democrat lawmakers.

Sedillo Lopez said 24 legislators signed onto the bill last year, proving there was widespread support for the measure and that it could gain enough support this year to pass.

“That really makes me feel like the momentum is growing,” she said. “That makes me really optimistic.”

More:Oil and gas looks to ‘clean up energy’ in the Permian Basin amid pollution concerns

She said this year’s incarnation of the resolution included new language to address environmental rights based on ethnicity, social-economic status and other factors aimed at ensuring the rights extend to marginalized communities.

“Voters have the ultimate say,” she said. “Really, it’s giving voters the option.”

Voters in New York recently passed a similar provision, and Sedillo Lopez said she hoped her state would follow suit to strengthen environmental laws she said would hold polluters accountable.

“We should be open for business, not exploitation,” Sedillo Lopez said. “I think it needs to be public policy to ensure everyone’s right to clean air and water. We all swear to uphold the constitution. Putting stewardship first and foremost is going to be transformative.”

The proposal was brought before the Legislature’s Radioactive and Hazardous Materials Committee in September, which voted 5-2 to support the resolution.

Chair Sen. Jeff Steinborn (D-36) of Las Cruces said he planned to see the language refined through the legislative process.

“It’s an enlightened concept, and the right to a clean environment is an important right and should be enshrined,” Steinborn said. “It needs to be designed specifically to achieve its goal. It will be a process to get the language, but I share the goal of the green amendment.”

Steinborn said if added to the New Mexico Constitution, environmental rights would put the needs of the people above the desires of pollutive industries and companies.

“It shouldn’t be anyone else’s right to pollute your air, your water or your climate,” he said. “New Mexico prides itself on its environment and needs to help protect it.”

Sen. Gay Kernan (R-42) of Hobbs, who also sits on the Radioactive and Hazardous Materials Committee said she opposed last year’s version of the resolution and would likely do the same this year.

She said the proposal could lead to excessive lawsuits that would stymie development in New Mexico for oil and gas and other industries and projects.

“It will do nothing for the state of New Mexico as far as putting people to work,” Kernan said. “Every project proposed would be up for litigation. I don’t think that’s in the best interest. Everyone want’s the environment to be clean, but you have to be realistic.

“Trial lawyers would be the main beneficiary.”

Kernan said she expected more environmental bills would be brought forth this year after Democrats strengthened their majority in the legislature.

She and other Republicans, Kernan said, would work to defend industry from burdensome regulations in support of economic growth.

“We have an opportunity in committee to convince more moderate members it’s not in the best interest, and you have debate on the floor,” Kernan said of her strategy in responding to such proposals.

“I think constituent pressure is very important on this. People need to know what happens in Santa Fe, and if it will negatively impact their lives.”