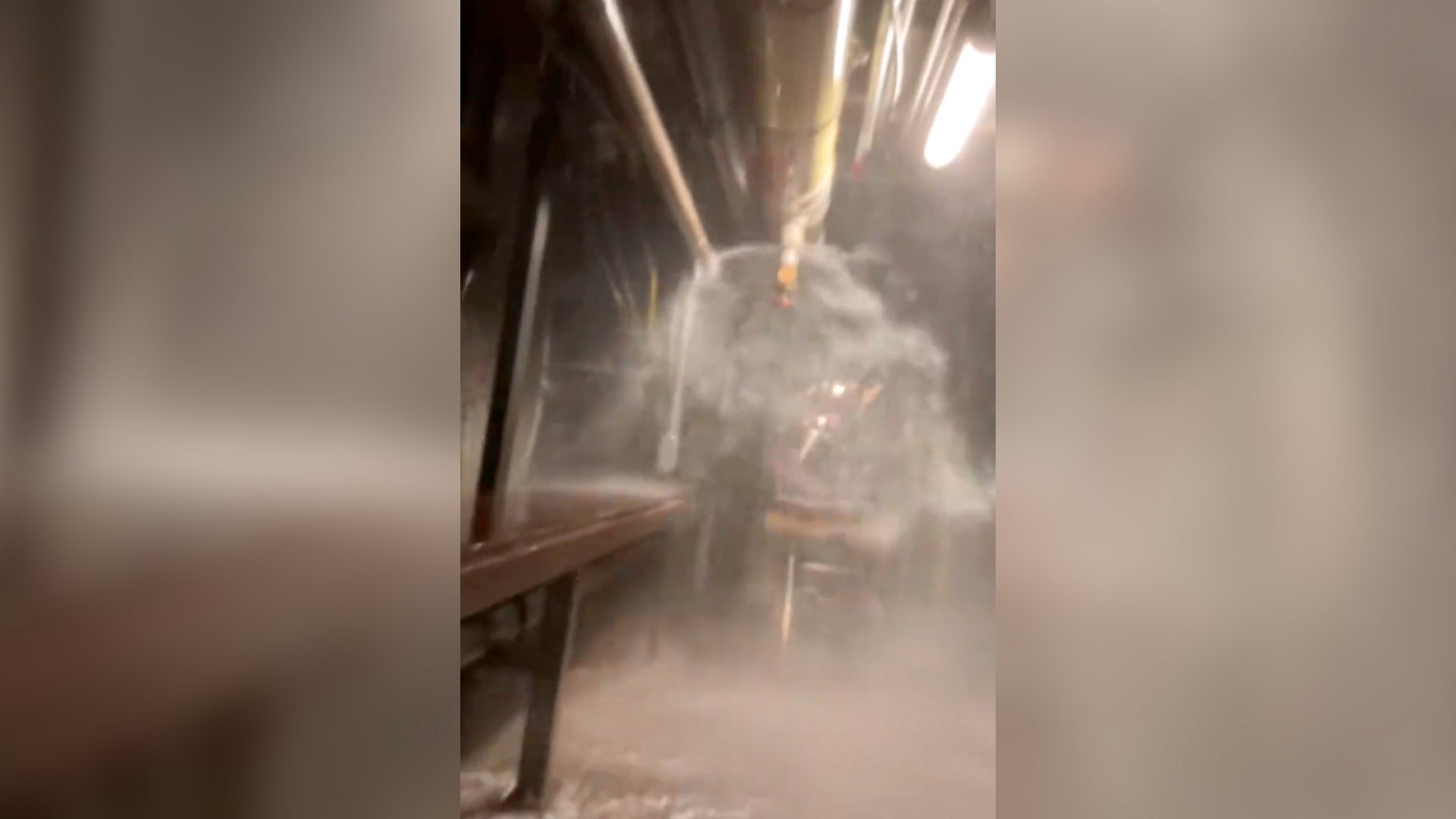 New videos obtained by Civil Beat appear to show the moment that tens of thousands of gallons of fuel burst from a cracked PVC pipe at a Navy fuel storage facility in Hawaii last November, before eventually contaminating the water supply for thousands of military families.

“It was like watching a scene from Titanic,” Army Maj. Mandy Feindt, whose family was impacted by the fuel leak last year, told Task & Purpose of the videos. She specifically took issue with the fact that the videos were not released by the Navy, which she said they likely knew about months ago.

“I just think there’s been this huge game of turning a blind eye,” she said. “Like, if you don’t tell us, it didn’t happen.”

Watching fuel flooding a tunnel that is 380 ft from the drinking water source took my breath away… pic.twitter.com/upbQNZ5I18

The videos appear to show the moments just after a watchstander at the Navy’s Red Hill Bulk Fuel Storage Facility in Hawaii accidentally hit a low point drain valve. That fuel seen in the videos was the result of another spill earlier that year according to an internal Navy investigation released last week. At least some of that would eventually get into the water supply for military families across Joint Base Pearl Harbor-Hickam, forcing them from their homes for months and resulting in illnesses and rashes for many who came into contact with it.

Subscribe to Task & Purpose Today. Get the latest in military news, entertainment, and gear in your inbox daily.

At the time of the spill on Nov. 20, the person who accidentally struck the drain reported the leak as “water with a fuel smell,” and said the flow of the leak was the “equivalent of four safety showers on ‘full blast’ at one time,” according to the Navy’s investigation report. As the Navy investigation found, the fuel that spilled in November was actually the result of a May 6 spill, during which officials believed the almost 20,000 gallons of fuel had “flowed through the pipes.” Instead, it had been “deposited” in a retention line, from which it leaked in November. Over 5,500 gallons of that fuel were unrecovered in the incident, the Navy investigation says. According to Civil Beat, some of the unrecovered fuel is believed to have gotten into the water supply “through the porous concrete of the tunnel and a drain line located on the floor of the tunnel that connects directly to the drinking water source,” which was just 380 feet away.

The leak in November continued for 34 hours, Civil Beat reporter Christina Jedra tweeted on Tuesday, and Red Hill personnel “found themselves unable to stop the spill.”

“This happened on a Saturday,” Jedra tweeted. “On Monday, the Navy was still telling families the water was safe to drink. To this day, they have announced zero disciplinary actions for this disaster.”

This happened on a Saturday.

On Monday, the Navy was still telling families the water was safe to drink.

To this day, they have announced zero disciplinary actions for this disaster. pic.twitter.com/q0oOL5xQqs

Feindt echoed a similar sentiment, saying Navy officials have been able to “retire or be reassigned with their careers intact.” She pointed to the change of command ceremony for Capt. Erik Spitzer, who was the commander of Joint Base Pearl Harbor-Hickam during the water crisis. Spitzer was one of the officials who gave conflicting information as families struggled to determine if their water was safe or not. On Nov. 29, Spitzer told residents that he and his staff were still drinking the water after families had complained of the smell and appearance of the water in their homes. The same day, the Hawaii Department of Health released guidance recommending that anyone using the Navy water system no longer use it for things like oral hygiene, cooking, and drinking.

Spitzer later apologized, saying if there was “one day I had a chance to do over, it would be that day.” In June, he received the Legion of Merit Award for his service as he handed base command over to Capt. Mark Sohaney.

“I feel like that’s a huge slap in the face for all of those poisoned, under their watch no less … It’s just wrong in every sense of the word,” Feindt said.

Spitzer was far from the only official who provided conflicting information and guidance to military families. The Navy’s response to the disaster was in stark contrast to other entities like the Hawaii Department of Health and even the U.S. Army. The Navy’s own investigation acknowledges that while the Army took action immediately and did not wait for contamination test results, the Navy waited for data “before taking certain actions.”

The Navy’s investigation ultimately concluded there was “never an intent to mislead, lie, or obfuscate in any case” of their communications after the May and November spills.

“While there were missteps, all communications were developed and transmitted with the goal of transparency and ensuring that the receiver of the message was aware of the most up to date information available,” the investigation report says. “This was made difficult by the rapidly accelerating drumbeat of information as the crisis unfolded.”

But for Feindt, whose family received conflicting information for weeks after the November spill, and whose children were hospitalized for suspected exposure to contaminated water, the Navy has lost credibility.

“Transparent is the last thing the Navy has been to us, to the families who have been impacted. … People who will have long-term effects will want to know exactly what happened to them, and how it happened to them,” Feindt said. “I think seeing these videos would have been the transparent thing to do.”

The latest on Task & Purpose

Want to write for Task & Purpose? Click here. Or check out the latest stories on our homepage.