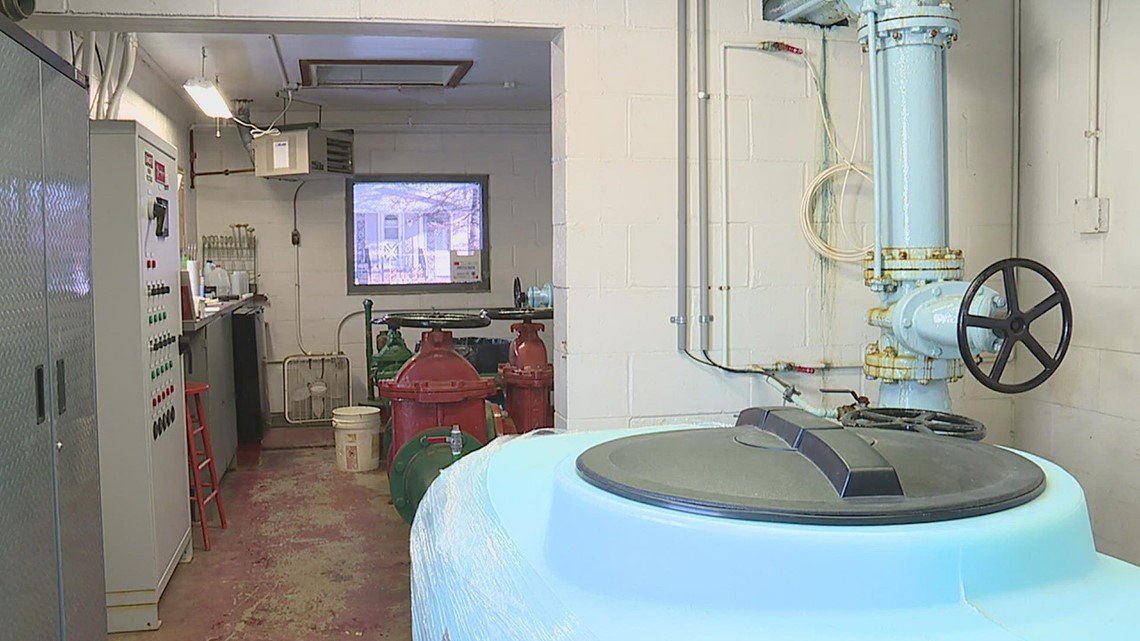 Traces of radium present in one of the wells is within the EPA’s safe drinking limits, but the treatment plant will eliminate all traces and future radium spikes.

CARBON CLIFF, Ill. — The Village of Carbon Cliff has secured a $2.27 million loan to build a new water treatment plant from the USDA Water and Waste Disposal Loans and Grants program. The new plant will use reverse osmosis to remove radium from one of the village’s existing deep water wells.

Carbon Cliff receives its drinking water from four wells, and over the years, well one has contained traces of radium. The water is safe to drink, according to Village President Bill Hintz.

The U.S. Environmental Protection Agency has established a maximum contaminant level for radium in public water supplies of 5 picoCuries per liter (pCi/L).

The Illinois Department of Public Health claims radium sometimes occurs in deep bedrock aquifers, like those in Carbon Cliff. In fact, wells one and two are both connected to the same aquifer.

“(It) is kind of strange, because wells one and two are sitting side by side,” Hintz said. “Well two has never shown any source of radium.”

Neither have wells three and four.

Over the last two years, the radium levels in the water from well one have spiked above safe levels twice. When that happens, Hintz said it’s required to report it to the EPA, and take action to make it safe for drinking.

“What we had done over the years is we’ve mixed, so we took of the four wells, we would mix the water with the other one,” Hintz said. “That would in effect, lower that level below the EPA Standard.”

Engineers open the valves for each well and mix the water together before it’s routed to the water tower. From there it’s mixed in the water tower and then flows back out to its various destinations, according to Hintz.

However, he said this mixing process, “stopped working I guess would be would be a way to, to put it in the vernacular.”

For the last five years, the Village has been looking for a solution.

“We’ve been able to reduce it to a non-existent level, but it’s still there, and then, actually for a while that well wasn’t showing any radium and we thought we were kind of our of the woods, but then it started spiking again,” Hintz said. “We just decided that let’s just permanently do away with this and then we won’t have to worry about it anymore.”

Options included shutting the well down or drilling a new one. Carbon Cliff didn’t like either of these options, according to Hintz, partly because radium does sometimes appear in deep water wells.

“We didn’t want to risk losing a well, and then being under supplied in terms of the water that we supply to the residents,” he said. “In terms of sinking a new well, there would have been no guarantees that we wouldn’t run into the same situation.”

Constructing a new water treatment plant will act as a more permanent solution.

“It’s a reverse osmosis system and it will effectively eliminate the radium so we will not have that issue at all anymore,” Hintz said. “Obviously as the mayor and as a resident of Carbon Cliff and drinking the water, I prefer not to have any radium. I want it to be safe for all the residents, so that’s the goal was to completely eliminate the radium.”

However, it’s not necessarily a simpler one.

“It’s probably a little more complicated, but it’s definitely safer,” he said. “We normally could use what’s called a Class C water license operator to handle our water system. With this treatment plant we’re actually going to have a Class A water licensed operator which we’ve already hired.”

Hintz added that this operator has already pointed out things they can do to improve the process that will, “make the job of treating the water even more efficient in the long run.”

The new plant is to be built in the old Village Hall building. The village moved into a new building in December 2017, and the old building is right next to the building that currently houses wells one and two. A pipe will run underground between the buildings.

Having the already empty building right there is a perfect coincidence, Hintz said. He’s not sure where they would have built the plant if the Village still occupied the building.

“We had no idea what we were going to do with the old Village Hall, so… the idea came up, ‘Hey make it a treatment plant.'” he said. “According to our engineering team it’s the perfect size for it.”

Construction of the water treatment plant was supposed to have already been completed in August 2021, but because of the pandemic it’s been delayed. Now, the Village is waiting for the EPA to approve the engineering design work, according to Hintz.

He’s hoping construction will begin in the spring.

For now, he’s emphasizing that the water is safe to drink in Carbon Cliff.

A potential health effect from long-term exposure of radium above the EPA Standards is increased risk of cancer. Radium occurs from the erosion of natural deposits, according to the EPA.