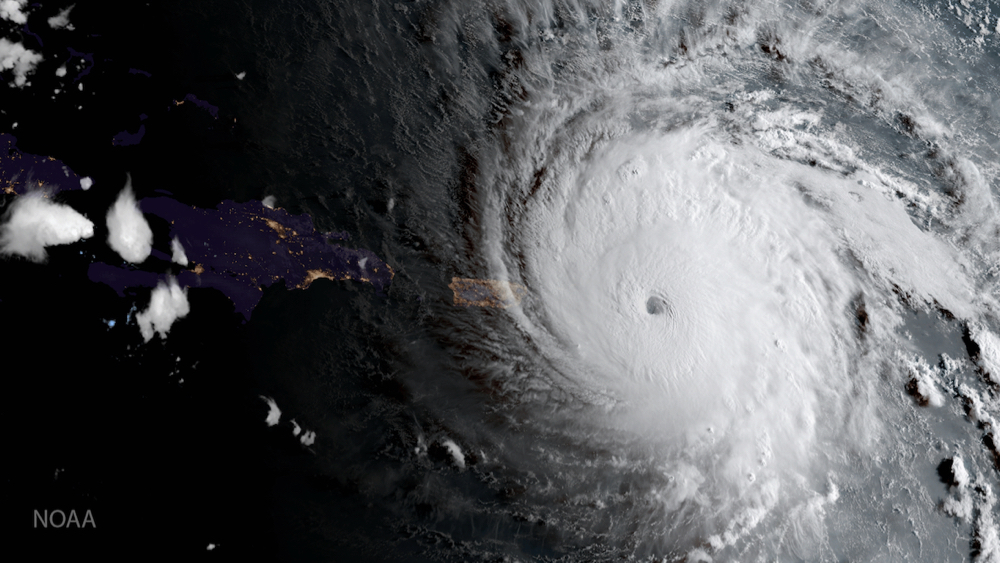 FEMA and Virgin Islands Territorial Emergency Management Agency staff at the St. Croix Emergency Operations Center work together both in-person and virtually with their territorial and federal partners on St. John and St. Thomas during a hurricane preparedness exercise. Last week, federal and territorial partners focused on strengthening hurricane preparedness focus areas during the Capstone Exercise Series across the territory. (Photo by FEMA/Mark A. Walters)

The probability of at least one major hurricane – meaning Category 3 or higher – tracking into the Caribbean is 65 percent, compared to an average of 42 percent for the last century, according to the new forecast.

Colorado State’s forecast is in line with that of the National Oceanic and Atmospheric Administration, which is calling for 14 to 21 named storms, with six to 10 of them becoming hurricanes with sustained winds at or above 74 mph, and three to six of them turning into major hurricanes. A major hurricane has sustained winds of 111 mph or above; that is, it is a Category 3, 4 or 5.

Thursday’s extended forecast, by Philip Klotzbach, Michael Bell and Alex DesRosiers of the Department of Atmospheric Science at Colorado State, attributes the increased threat to warmer than normal Atlantic sea surface temperatures, combined with weak La Niña conditions that are expected to persist through the peak of the season from August to October.

When El Niño dominates, strong upper winds from across the Atlantic shear storms before they can develop. When La Niña dominates, those winds are weaker.

“Sea surface temperatures averaged across portions of the tropical Atlantic are above normal, while most of the subtropical and mid-latitude eastern North Atlantic is much warmer than normal. We anticipate an above-normal probability for major hurricanes making landfall along the continental United States coastline and in the Caribbean,” the report states.

“As is the case with all hurricane seasons, coastal residents are reminded that it only takes one hurricane making landfall to make it an active season for them. They should prepare the same for every season, regardless of how much activity is predicted,” the report states.

To that end, the Virgin Islands government, its agencies, and federal partners from across the country gathered in the USVI last week to finalize preparation efforts in advance of hurricane season. In a simulation of real-life hurricane response, participants worked from Emergency Operations Centers on St. Croix, St. John and St. Thomas and Federal Emergency Management Agency facilities in the territory while practicing their ability to work together over a large area with degraded communications, according to a press release on Thursday from FEMA.

“For over two years, we’ve had lots of practice working with the federal government to beat COVID-19, and we know that practice will make our response better if a hurricane brings its winds and rains to our shores,” said Gov. Albert Bryan Jr. “Last week, GVI, led by VITEMA, worked together with FEMA to conduct multiple exercises to test and practice our hurricane response plans, and I have been briefed on their plans for the season. While we always have more work to do, I’m confident we are moving the territory in the right direction.”

The weeklong series of exercises was the capstone event of a nearly six-month-long planning effort to prepare for the 2022 hurricane season, the release stated. Preparedness is an ongoing process and last week’s event provided opportunities to integrate lessons learned from the Irma/Maria response efforts in 2017, address gaps with territorial or local resources and then identify federal resources necessary to respond to destructive storms in the territory, it said. 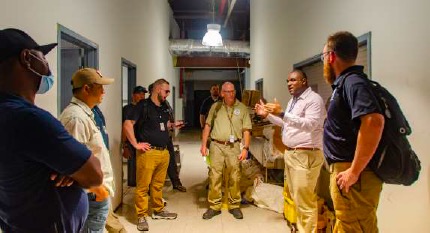 Virgin Islanders should prepare to be self-sufficient in the immediate aftermath of a hurricane and take steps to protect their property, the release stated. Those with disabilities and others with access and functional needs might have additional considerations, it said.

Families should be prepared to shelter in a secure and safe location for up to five days after a disaster. Remember, roads might be impassable, gas stations and grocery stores could be closed, power might be out, and communications could be interrupted.

▪ Store a gallon of water for each person per day for five days, for drinking and sanitation.
▪ Gather a five-day supply of nonperishable food and medications.
▪ Have enough antibiotic ointment, hygienic products, diapers and wipes available.
▪ Store supplies to meet the needs of individual family members, including infants and young children, seniors, persons with disabilities, and pets or service animals.
▪ The V.I. Health Department has recommended people include additional items in their kits to help prevent the spread of coronavirus or other viruses and the flu. Items can include cloth face coverings (for everyone ages 2 and above), soap, hand sanitizer and disinfecting wipes to disinfect surfaces.
▪ Protect important documents such as vital records, insurance policies, medical information and property and financial records, by storing copies in a safe deposit box or another location separate from your home. These items might be necessary for survivors who could be eligible to apply for disaster assistance.
▪ Keep your home and vehicle insured against wind and flood damage. Also, remember to update your property insurance to cover current construction costs and be aware that a property insurance policy does not offer coverage for flood damage. For more information about getting flood insurance, visit floodsmart.gov.

Identify alternate ways of staying in touch with loved ones.

▪ Choose an out-of-town friend or relative as a point of contact.
▪ Ensure children have emergency contacts memorized or saved in a secure place.
▪ Determine a safe, familiar place the family can go for protection or to reunite.
▪ Make sure the location is in a central and accessible location for all family members, including family members with disabilities.
▪ If you have pets or service animals, make sure the location is animal-friendly.

Officials advise that residents have a battery or solar-powered radio to receive disaster notices and updates. Follow VITEMA on Facebook (https://www.facebook.com/vitema), Twitter (@readyusvi) and on TikTok (vitema_usvi) to receive up-to-date preparedness and emergency information. Also, sign up for emergency alerts and notifications on www.vitema.vi.gov. You can get emergency alerts delivered to you via text message or email.

Download the FEMA app on your smartphone and receive real-time alerts from the National Weather Service for up to five locations nationwide. Check the settings on your mobile phones to make sure you can receive Wireless Emergency Alerts, which require no sign-up.