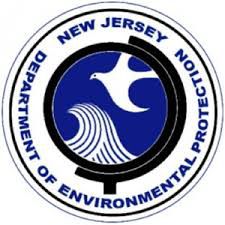 With growing concerns over compliance and operation failures, the New Jersey Department of Environmental Protection has intervened in the oversight and operations of Trenton Water Works.

Gov. Phil Murphy had announced the decision on Oct. 12.

The New Jersey Department of Environmental Protection (NJDEP) will work with the Trenton through an initiative out of the state agency to improve Trenton Water Work’s (TWW) operations and maintenance.

“Since the outset of my administration, the provision of clean, affordable drinking water and the promotion of healthy communities have remained among our foremost priorities,” Murphy said.

“Protecting our children, families, and businesses is a responsibility that all levels of government share, and one that we must leverage every existing partnership to fulfill.”

The capacity-building program with direct oversight from the NJDEP may allow for the water utility to potentially benefit from new state and federal funding, according to the governor’s office.

“Under the leadership of the DEP and in coordination with the City of Trenton, we will work tirelessly to safeguard our residents and return water system quality to the level our communities deserve,” Murphy said.

NJDEP’s intervention comes after a letter was sent by the state agency to TWW and Trenton, following a compliance evaluation, about continued failures to move forward on capital improvements at the facility to meet maintenance and operational needs.

“The depth of managerial, technical, and financial expertise required to ensure consistent operation, maintenance, and improvement of a water system is significant,” said Shawn LaTourette, commissioner of NJDEP. “Yet, not all systems are created equal, and we must invest more time, attention, and resources in those that need our help.”

He stressed that through direct oversight, “NJDEP will help Trenton Water Works build the capacity necessary to better serve the public.”

The TWW system provides water not only to more than 200,000 residents in Trenton, but to areas and residents in Hopewell Township, Lawrence Township, Ewing and Hamilton.

The utility treats and provides drinking water from water taken out of the Delaware River.

“Hopewell Township residents, particularly those in Brandon Farms, depend on TWW for safe drinking water. We are grateful to the state DEP for their quick response to our concerns about the facility,” Hopewell Township Mayor Courtney Peters-Manning said.

She noted that the staff at TWW has been nothing but professional in their dealings with the Township.

“We look forward to continuing to work with them and the DEP to safeguard the future of our water supply,” Peters-Manning said.

Through a NJDEP administrative order, there are two primary phases.

First is the immediate retention and deployment of a capacity-building force comprised of managerial and technical experts who will focus on improving routine operations and maintenance, as well as immediate capital needs, according to the NJDEP.

This will be followed by a full-scale assessment and preparation of organizational and operational recommendations.

TWW will facilitate direct oversight and monitoring of the system by the NJDEP and its consultants, which includes a third-party oversight contractor (TPO) chosen by the state agency and funded by TWW.

The third-party advisor is to be embedded into the system to monitor and assess all system operations and maintenance. The advisor will be making technical, managerial, and financial recommendations necessary to bring the TWW system into compliance with the law, according to the administrative order.

The goals are to improve system operations and maintenance to consistently achieve regulatory requirements, but also ensure that contaminants that may present an imminent and substantial endangerment to human health are not currently in or likely to enter the system.

“Despite the politically motivated obstruction of an intractable City Council and the COVID-19 pandemic, I am pleased to report that we made significant progress over the last 1,569 days,” Gusciora said.

“TWW has completed capital projects and is advancing others. We are working to reverse approximately 50 years of underinvestment in the water utility.”

He noted the items they must address with the system include upgrading the filtration plant’s powder-activated carbon feed system and improve the air quality at the water-filtration plant and seal the building by replacing the roof.

Peters-Manning raised concerns over finances if the Trenton City Council refuses the order to approve funds for the maintenance of the TWW facility.

“We cannot let safe drinking water for 225,000 people be at the mercy of the political winds of City Council,” she said.

The mayors asked the state Committee to create legislation to make certain Trenton’s Council could not vote down financial needs for TWW, according to Peters-Manning.