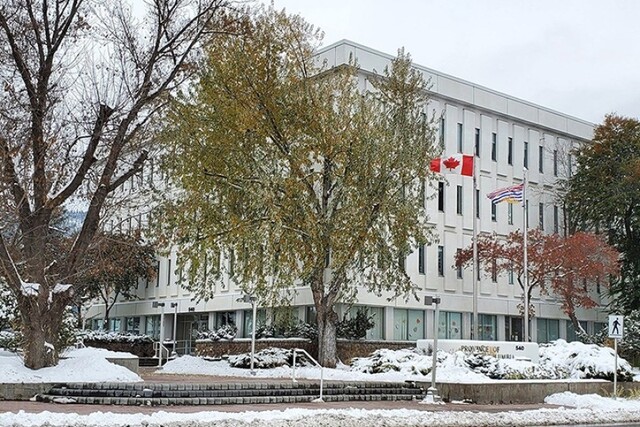 Warning: This story may be distressing to some readers.

A man who “stomped” his cat to death and assaulted his wife after he got drunk when no one threw him a birthday party has been sentenced to a 12-month conditional sentence and a year’s probation in Williams Lake Provincial Court.

While Judge Michelle Stanford said all spousal assault is serious, it was Brendon Nguyen’s killing of the couple’s cat Vesper that affected her.

“I find that the nature of the injury and ultimate death of Vesper particularly disturbing and aggravating,” Stanford said. “Notwithstanding Mr. Nguyen’s extreme level of intoxication, his conduct was purposeful and prolonged causing pain, fear and death.”

The court heard that on July 16, 2020—the day after Nguyen’s birthday—he began drinking and became argumentative with his wife, Tashina Matilpi, about the lack of a party, according to an agreed statement of facts.

Nguyen pushed her with an open palm, causing her to fall backwards onto an air purifier in their apartment. She was left with a thigh bruise, court documents show.

The next day, Nguyen tried to bring their two cats, Vesper and Macey, in from the balcony.

“Ms. Matilpi heard one of the cats, Vesper, being vocal and resisting,” Stanford said.

Nguyen then came in and asked if she had seen the cats, a question she found odd. She realized he was extremely intoxicated.

Looking for the cats, she found Macey in a closet, wrapped in a towel inside of a small bucket with the lid on.

Matilpi later examined Macey more closely and found she had a bleeding nose and scratches. She took her to the SPCA in hopes of treatment but ultimately was unable to afford the medical bill. Macey was euthanized.

At 3:45 a.m., Nguyen called saying Vesper had run away and that he wanted the building manager to look at the building’s security cameras. What those cameras recorded was “Mr. Nguyen stomping on Vesper.”

The tape was not viewed in court.

The assault lasted about 11 minutes, “from the first kick to Vesper’s last sound.”

The cat was later found by the building manager wrapped in a pink sweater in a nearby dumpster.

“I find that the imposition of a jail sentence appropriate in light of the circumstances of Vesper’s prolonged multiple assaults and ultimate death,” Stanford said.

“However, I am mindful there were clear signs, on the agreed facts, that Mr. Nguyen was under the influence of extreme intoxication by alcohol and/or drugs and that this tragic incident was not premeditated. In my view, this lowers Mr. Nguyen’s moral blameworthiness.”

The judge gave Nguyen a conditional sentence to be served in the community.

Nguyen, meanwhile, reported no memory of the events. He can have no contact with Matilpi except if sober and must leave if she makes the request.