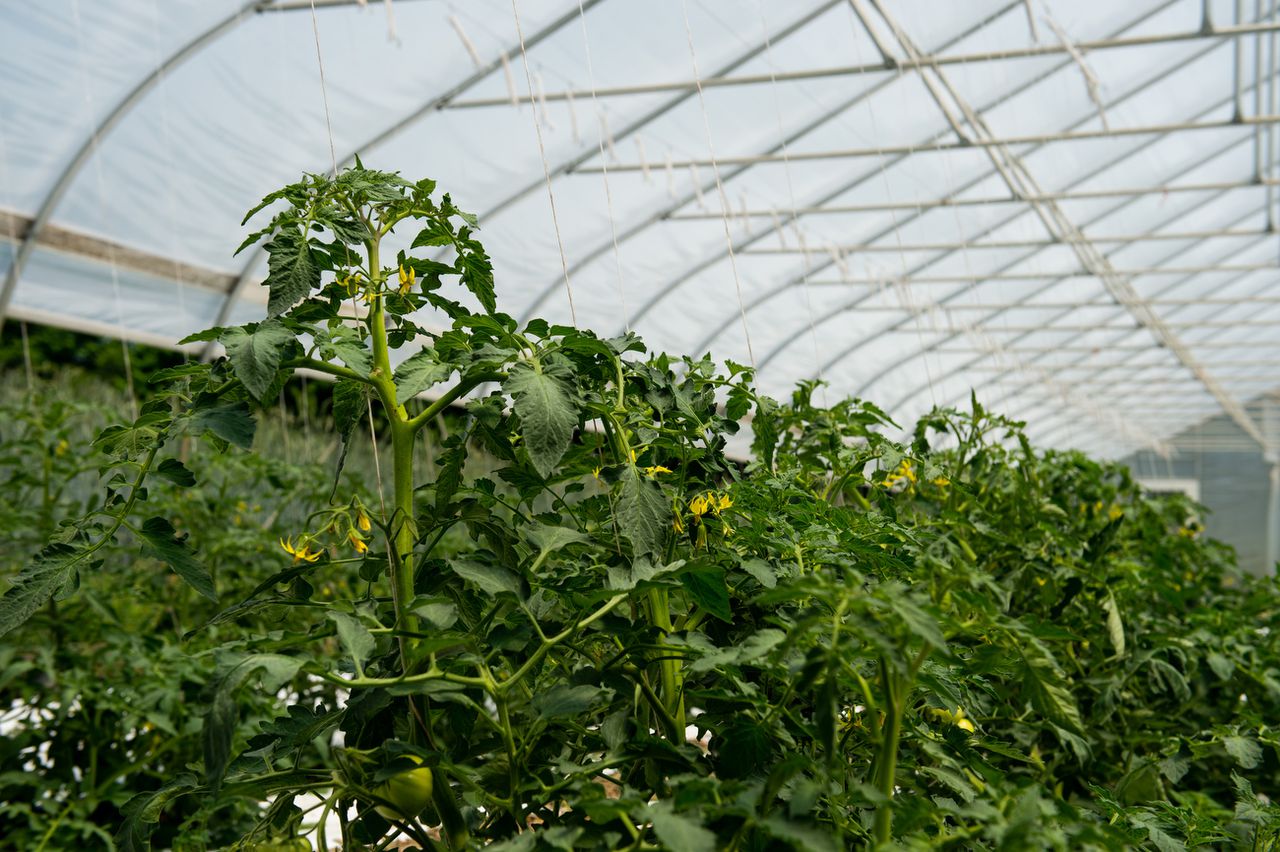 They are being represented by the Michigan Immigrant Rights Center and Farmworker Justice.

“Unfortunately, we see repeatedly in the cases that come into our office that many farmworkers are working in unsafe and unhealthy working conditions while performing essential work that puts food on our tables,” said Anna Hill Galendez, lead attorney at the Michigan Immigrant Rights Center. “We see it as really important that these abuses be brought to light, and farmworkers deserve, at the very minimum, working in safe and healthy workplaces.”

Mastronardi Produce did not respond to a request for comment.

Maroa Farms, a subsidiary of Mastronardi Produce, grows tomatoes, strawberries and cucumbers at its sprawling two-million-square-foot indoor greenhouses located 120 miles southeast of Grand Rapids. About 200 seasonal farmworkers are employed every year to harvest produce for the Sunset brand.

The lawsuit claims farmworkers were “regularly exposed” to pesticides like Virkon S without proper protective equipment or training which led to “adverse health effects.” This disinfectant use increased during the 2020-2021 growing season to prevent the spread of a tomato virus.

In November 2020, farmworkers began noticing a “strong odor of bleach” in one greenhouse, the complaint says. They were also told to keep working in greenhouse rows even as chemicals were being sprayed on plants.

“When greenhouse workers were unable to work because of adverse reactions to the disinfectants they were told to take a break. If they were then not able to continue working, they were sent home without pay,” the lawsuit says.

Reyes Saucedo, speaking to MLive with Michigan Immigrant Rights Center interpreter Deddi Gaston, said frequent nose bleeds and other health issues made it difficult to properly care for her family during this time.

“She can’t believe even nowadays in 2022 employers treat employees in that way,” Gaston said.

Reyes Saucedo said she joined the lawsuit so farm employees can be treated with “dignity and respect” in the future.

The lawsuit also describes how a “false and misleading bonus structure” created a moving target for farmworkers. They were allegedly promised bonuses for harvesting more quickly, but constantly changing production standards put the financial incentives out of reach.

“For migrant workers this creates a particular vulnerability because they rely on those recruitment promises when deciding which job to take and forgo job opportunities,” Galendez said. “They often move their whole family for these jobs and are reliant on their employer and the employment conditions they find themselves in once they arrive.”

The Michigan Immigrant Rights Center says the lawsuit fits into a pattern of issues at Mastronardi facilities across the United States.

Greenhouses in New York and Michigan reportedly experienced COVID-19 outbreaks two years ago. A Maine facility was ordered to pay $337,000 in back wages following a U.S. Department of Labor investigation. And Maroa Farms faced a $167,000 fine for wage violations in 2013.

“We hope that this lawsuit will bring accountability for those practices so that workers like Ramona, other plaintiffs and their coworkers are not subjected to these conditions in the future,” Galendez said.