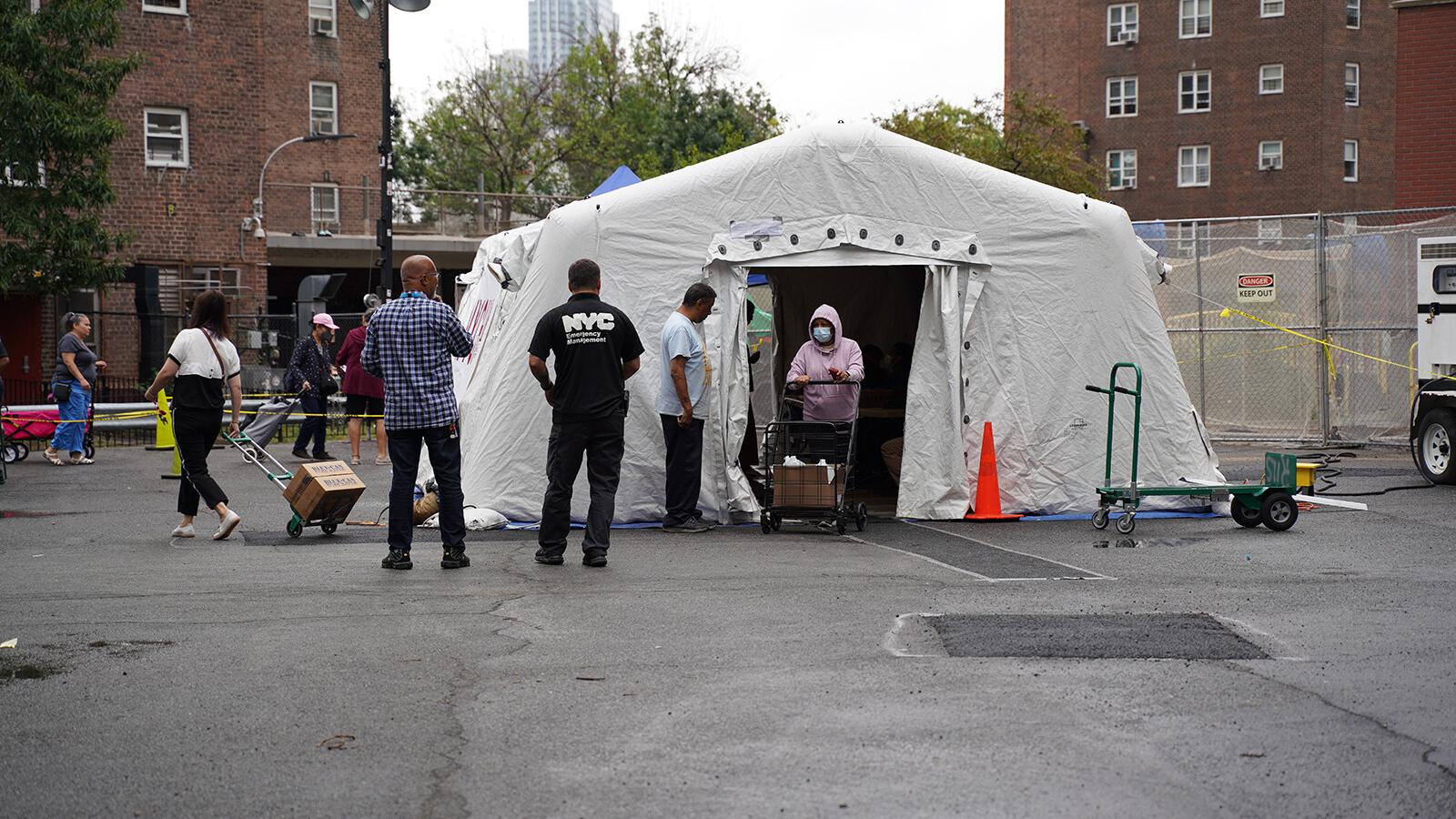 (CNN) — New York City officials say the water at a Manhattan public housing complex has been cleared for drinking after a lab which had claimed there were high levels of arsenic later said those results were incorrect and issued a retraction.

On Friday, a week since that announcement, Levy said that the lab which had conducted those initial tests, Environmental Monitoring and Technologies, issued a “full retraction” of those results and called them “incorrect.”

“Worse yet, the company has now admitted to being the ones that introduced arsenic into the samples, leading to the false results,” Levy’s statement said. The lab released results of a retest and found the samples were negative for arsenic, Levy added.

“We have now tested more than 140 points — both at the source and at the point of delivery — and we can confidently say the water at Riis Houses is and has been free of any discernable amount of arsenic since the initial tests were initiated in August,” the statement added.

The city now intends to pursue “all available legal options” on behalf of the development’s residents, Levy added.

New York City Comptroller Brad Lander said on Twitter that even if the arsenic test was a false positive, tenants in the development “deserve independent verification & compensation,” and highlighted their “fundamentally broken trust & anger.”

In a news release attached to the city’s statement, the lab said it became aware of the situation on Wednesday and “immediately began an internal investigation into the original results” that had found higher levels of arsenic. The company said that the original testing method for the water samples reported in August included a test for silver, which required procedures that introduced “trace levels or arsenic.” The new tests, conducted this week, did not include those procedures, avoiding “all potential contamination,” the lab said, and retracted its previous arsenic results.

CNN has reached out to the company for further comment.

On Saturday, Adams, the mayor, said the city’s health and mental hygiene department reviewed the final results and found the water was “well within EPA drinking water quality standards.”

The mayor added that he stopped by the development and drank the water himself.

“While having the basic need of drinking water is welcome news, it is the bare minimum. It is unacceptable that Environmental Monitoring and Technologies introduced arsenic into the samples that not only led to the false results, but to fear, turmoil, and massive inconvenience,” the mayor said in a Saturday statement.

In addition to pursuing legal options, the city will also look for ways to reimburse residents for related costs over the past week, the mayor said. City agencies will also no longer test water through the specific lab, he said.

The city had also said earlier this week it received results suggesting “the possible presence of the Legionella bacteria,” but officials suspected those results were inaccurate as well.

“As public health experts have noted, Legionnaires Disease cannot be contracted by drinking water,” the mayor said in his statement. “Additionally, we are actively reviewing our Legionella surveillance data, and have found no reported or confirmed cases of Legionnaires Disease at Riis Houses over the last 12 months.”