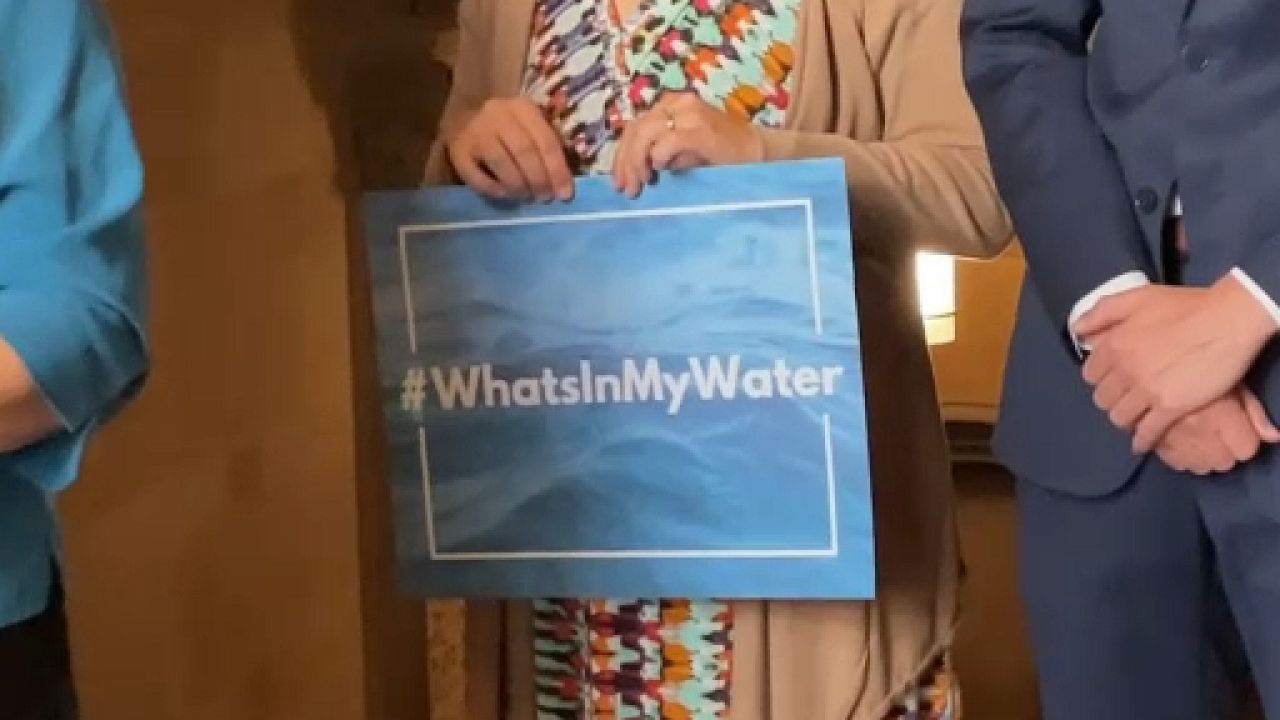 Communities across New York state are no stranger to PFAS water contamination. Advocates have for years been calling for more drinking water standards to protect people from “forever chemicals.”

PFAS chemicals are man-made and they’ve been used to make cleaning products, paints and other goods for decades. But the chemicals have seeped into sources of drinking water around the country, including in multiple upstate communities.

“This will ensure when utilities test for PFAS, that the public is notified about what’s in their water, and that dangerous contamination is cleaned up,” Hayes said.

Data from the EPA suggests the tiniest amounts of PFAS chemicals in drinking water can pose a risk to human health, and that acceptable levels should be close to zero, much less than the state’s current standard of 10 parts per trillion.

For Hackett, safe drinking water is a personal issue.

“It’s a hazardous substance,” she said.

Hoosick Falls is where in 2016 perfluorooctanoic acid, or PFOA, was detected in the village’s public drinking water supply, and private wells in the town of Hoosick.

“We shouldn’t be allowed anywhere near it,” Hackett said.

The contaminated water is believed to be a contributing factor to a number of health issues Hackett and her neighbors have faced for decades. She is now hoping the state modifies its standards.

“The more we learn, the worse it gets,” Hackett said. “And everybody should have the right to which of these chemicals are in their water.”

The group claims that according to a selection of statewide testing data, hundreds of thousands of New Yorkers have PFAS chemicals in their drinking water, but the level of contamination falls below the state’s current standard.

“There is no safe level of exposure in our drinking water. That is why it’s imperative that we get these dangerous levels as close to zero as possible.”

The coalition of clean water advocates applauded the state for applying its current standard for PFOA and PFOS on 23 additional PFAS chemicals, but are insistent that the acceptable threshold of 10 parts per trillion is far too high.

We reached out to the state’s Department of Health. A spokesperson provided a written statement.

That’s expected to come down in the coming weeks. A 60-day public comment period and an agency review will follow.