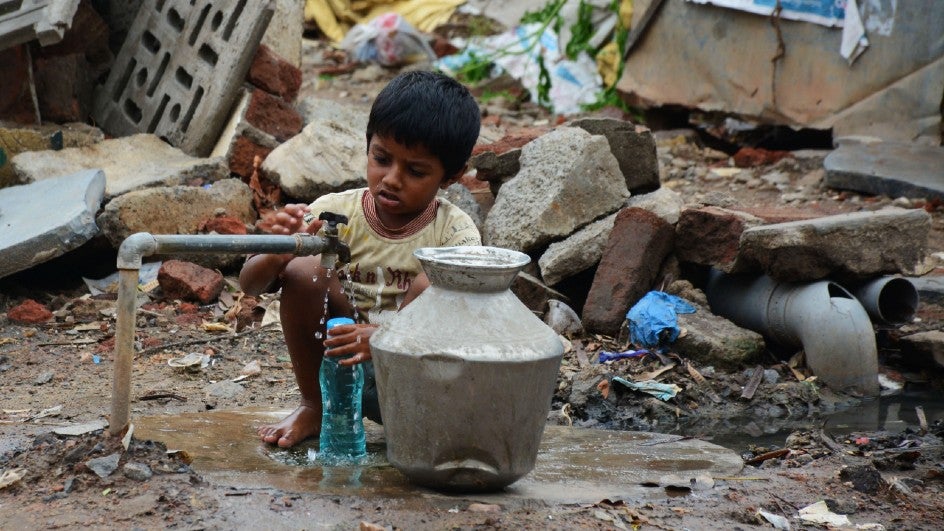 A boy stores water from a tap at Nidamanuru near Vijayawada, Andhra Pradesh

After drinking contaminated water in Raichur, Karnataka, one person died and 62 others were hospitalised, which includes 23 children.

Superintendent of the Raichur Institute of Medical Sciences (RIMS), Dr Bhaskar on Tuesday said that 62 people were admitted due to dehydration, following vomiting and diarrhoea.

On May 29, 40-year-old Mallamma, a resident of Indiranagar, had succumbed to severe illness and 31 persons were hospitalised. On Tuesday, the number of persons admitted to the hospital rose to 62.

Residents of Raichur have expressed their dissatisfaction with the city’s administration for failing to provide safe drinking water. Locals also report that people are becoming ill in the wards that receive water from the Rampuru Reservoir.

Despite the fact that the state government has developed numerous initiatives to secure the supply of clean drinking water, they claim that the corporation has provided contaminated water.

Residents also claimed that the district administration had failed to reply to their appeals.

T​he Raichur administration was also under fire in the past when surveys conducted on the water quality revealed dangerous levels of arsenic in around 30 villages in the area. Arsenic is a cancer-causing element and was discovered in the ground water as well as in borewells in these villages.

The above article has been published from a wire agency with minimal modifications to the headline and text.