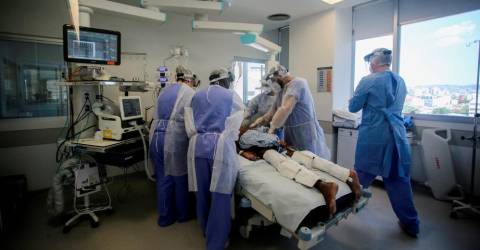 He said the two cases were found positive for ‘Enterovirus 71’ (EV71) with the first recovering well in the ICU and no longer requiring respiratory assistance, while the second case was in stable condition but still needed respiratory aid.

“Both cases were positive for EV71. Surveillance of the viruses that cause HFMD found that EV71, Coxsackie A16 (CA16) and Coxsackie A6 (CA6) are the predominant (major) viruses in the Malaysian environment,“ he said in a virtual press conference from Geneva, today.

When compared to the same time period before the pandemic in 2019, the cases this time were almost double, he said.

“A significant increase in cases has occurred since April 2022, following the resumption of social activities, including full attendance at schools, nurseries, kindergartens and kindergartens. In addition, a lack of personal hygiene, especially poor hand washing practices, can lead to the occurrence of HFMD infection.

According to Khairy, several HFMD control and prevention measures have been carried out by the District Health Office including inspections, closure and disinfection of premises, clinical sampling, and health education.

Apart from that, he said town hall sessions with entrepreneurs and teachers of nurseries, kindergartens, pre-schools and schools, indoor playground operators as well as the Malaysia Shopping Malls Association (PPKM) were also conducted.

“The Ministry of Health advises all operators and caregivers in nurseries and kindergartens to always ensure the cleanliness of the premises including equipment and appliances used by children and perform screening at the entrance to make sure the child has no signs of HFMD.

“Parents or guardians of children with signs of HFMD are advised not to take their children to public places, schools, nurseries, kindergartens or daycare centres because it can spread the infection, besides practising washing hands with soap and clean water after going to the toilet, after changing diapers and after touching or treating blisters.

“For indoor playground operators and also PPKM, it is necessary to take measures such as having a gatekeeping screening at the entrance of indoor playground as well as cleaning the premises and disinfecting equipment at least twice a day,“ he said.

Meanwhile, during a question and answer session at the press conference, Khairy said the government had no plans to implement any mass immunisation for infectious diseases such as HFMD and monkeypox.-Bernama