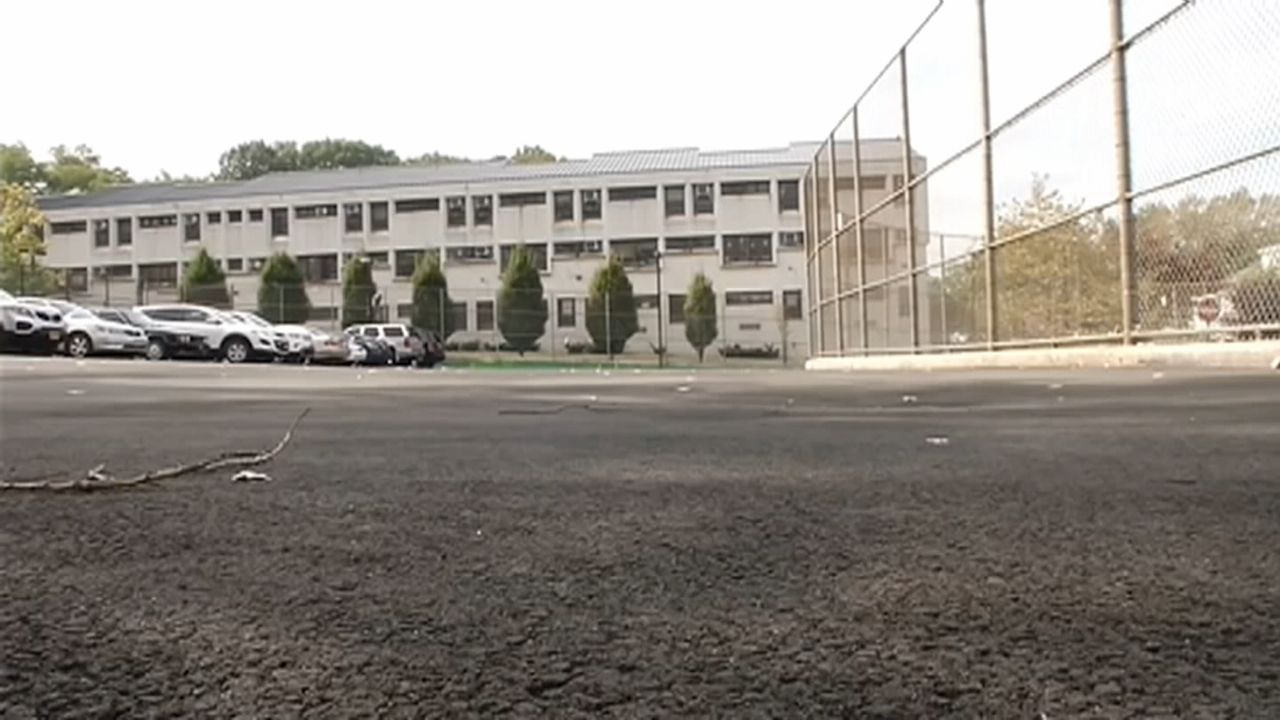 One mother, who did not feel comfortable showing her face on camera or using her name, said she picked up her daughter from P.S. 4 on Staten Island Wednesday and was concerned about how she was acting.

“We started doing homework, around 3:45 and her eyes started to kind of close, like she was getting tired,” the woman said. “I was like, ‘Is everything OK?’ And she was like, ‘Yeah, Mommy, I’m just tired. I want to take a shower and go to sleep.’ That’s not like my daughter.”

She didn’t think much of it until later that night.

“Around, I’d say 7:30, somebody had reached out to me in the school, you know, regarding the situation, asking if I had seen the email that the principal had sent,” she said.

Parents at the elementary school received a letter from the principal Wednesday providing an update on the boiler replacement project as the building is being converted from oil to gas. The letter explains that there was a leak in the temporary outdoor boiler and, “oil was released onto the ground.” The letter added that there is “no risk to your child.” But that did not sit well with her. Later that night she decided to take matters into her own hands.

“I ended up calling 911 myself and the fire department ended up coming. So when we got there, there was all the workers up near the playground and they were working, I guess trying to, you know, fix the situation basically,” the mother said. “The firemen went up there. They spoke to them. They came back down. They said that everything was under control. Before they went up there, though, they asked me why we were reaching out to them. And why nobody reached out to them in the morning,” she said.

Another parent took video of the FDNY outside of the school and posted it on a Facebook group that includes parents who commented with similar stories saying their children came home from school feeling “groggy.” One wrote that her child came home “lethargic, with a headache and could barely keep her eyes open.”

On Thursday at noon, parents received an update from the principal: “On Tuesday, I was notified that one of the valves on the temporary boiler ruptured, resulting in oil leaking onto school grounds. We changed dismissal procedures so that the situation could be addressed. Yesterday, I was notified that the rain caused some oil to seep into the basement. It was a small amount and was quickly contained and cleaned. VOC (or Volatile Organic Compound) readings were taken throughout the building, and two 2 Pre-K classrooms were closed due to a low reading.”

Jennifer Long is an industrial hygienist for the United Federation of teachers. She says the school called her Wednesday to test the air quality. Long says two other classrooms were then evacuated.

“But based on my indoor air quality testing at the time, we saw levels that were relatively low in the school. Having said that, when I say low and this is a level that are used that suggests that most people there won’t be symptoms, but having said that are going to be more sensitive individuals and a school children for example, pregnant teachers, people who have immune compromised systems that may have more sensitivity to something like this. But in general, the levels where we did measure were tended to be low,” said Long.

In that letter Thursday the principal wrote that the Department of Environmental Conservation walked through the building and found “only one classroom has a slightly elevated VOC level…. That room will remain closed,” and The Department of Health “concurred with the findings.”

A spokesperson from the Department of Education said in a statement, “The health and wellbeing of our students is our absolute top priority, and we are fully committed to the safety of everyone in our school buildings. To that end, when an oil smell was noticed within the school on Wednesday due to an external boiler leak, we immediately mobilized and, out of an abundance of caution, relocated two classrooms to a different part of the campus. The other classrooms and sections of the school were determined to be safe for normal operations following a thorough review done in conjunction with our Division of School Facilities as well as the FDNY, the SCA, the UFT, and a third-party consultant. We will continue to closely monitor the conditions at the school to ensure safety.”