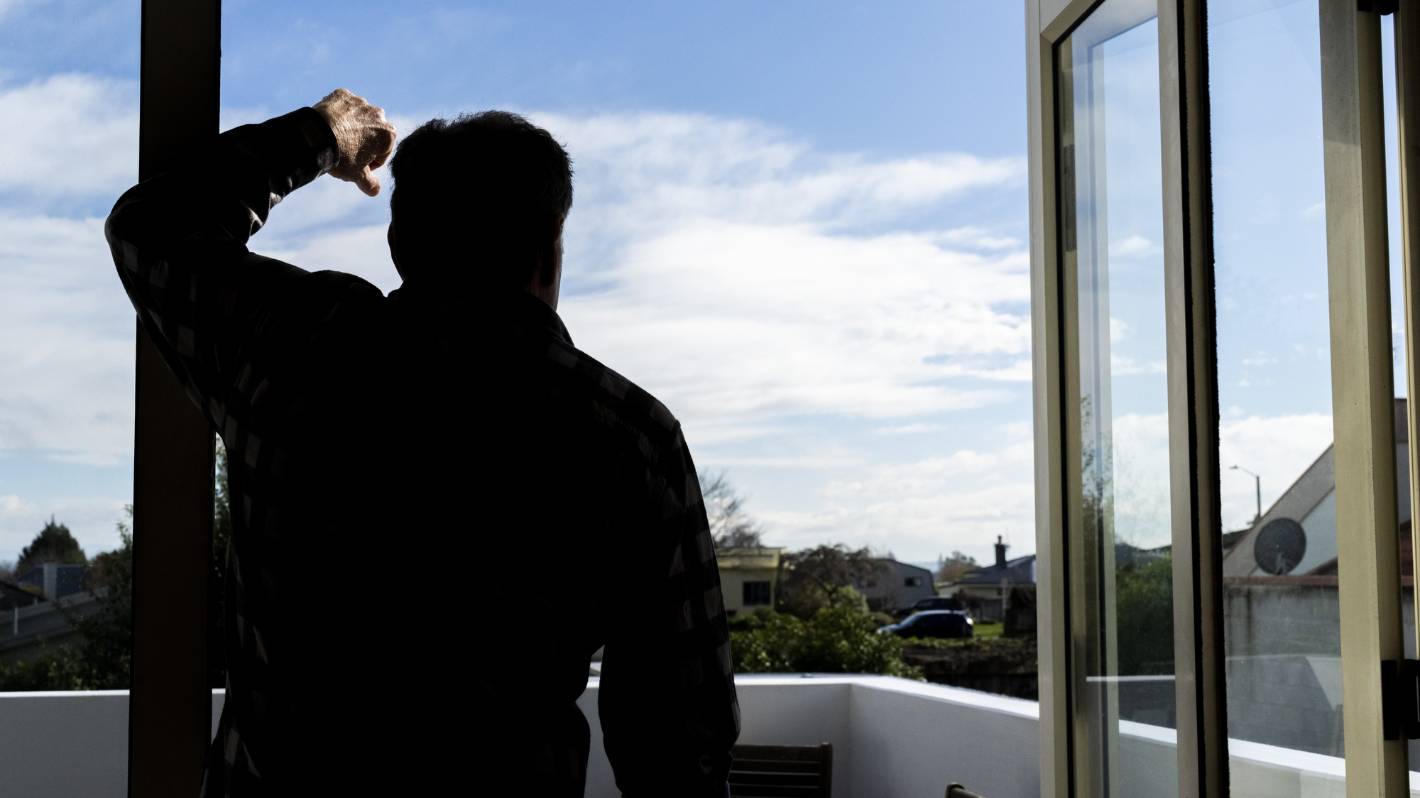 John was standing in a crowded doctor’s foyer when he saw a brown ooze dripping down his back and leg.

The 59-year-old’s back surgery almost three weeks earlier had gone well, but now he was “feeling really crook”. He couldn’t get near the counter to get an appointment so returned home when the liquid started dripping on to the carpet.

Eighteen hours later, he was found on the floor of his home, having suffered a stroke. He would spend the next 108 days in Hawke’s Bay Hospital largely in intensive care, in and out of comas and surgeries, which left him with a temporary colostomy bag – all due to infected metal wear.

He thought he would die. “I felt the physical pull of slipping off into death and I thought, ‘oh, that’s nice’. But I thought, ‘no, I’ve got too much to live for’. After that I started coming right.”

Stuff has agreed to omit John’s surname due to the trauma he has already experienced. He initially contacted Stuff concerned about the sterility of the equipment used in his surgery.

The surgery John had was meant to reposition metal hardware in his back, put there after a workplace accident in 2018.

John, who Stuff has agreed not to fully identify, says he thought he was going to die during his 108-day stay in hospital.

But two infectious disease experts say it’s highly unlikely John’s surgeon, or Royston Hospital where his surgery was performed, did anything wrong – but rather John was likely an unlucky carrier of excess staphylococcus aureus or staph – bacteria becoming more resistant to antibiotics.

It meant the surgery that should have ended his debilitating back pain, would instead lead to him spending the festive season fighting the infection that had spread throughout his body, causing sepsis.

But poor sterility was the least likely cause, Otago University biochemistry Professor Kurt Krause said. Rather, he’s likely to be one of up to 30% of people who carry staph bacteria in their nose or on their skin.

Royston Day Surgery’s new theatre for orthopaedic procedures who uses a disinfection technology called indigo-clean. Replacing normal lighting, it is a ceiling light fixture that automatically, safely and continuously kills harmful bacteria in the air and on hard and soft surfaces.

“Where you’ve got a whole bunch of bare metal or plastic joint material, they can be colonised by these bacteria and that attaches to surface, form a biofilm and become impervious to antibiotics,” Krause said.

Queries to Royston Hospital were referred to Evolution Healthcare, which owns the private facility. No-one would be interviewed, but in a statement, the company said it investigated John’s case to investigate whether the infection came from the surgery.

It found all relevant infection control procedures had been followed and deemed John’s standard of care appropriate.

Dean of the Faculty of Medical and Health Sciences at the University of Auckland, Professor John Fraser says a “lax” attitude to topical antibiotics had helped drive a rise in antibiotic-restistant strains.

“It is important to note that patients undergoing revision surgery with metallic implants in place are more likely to develop post-operative complications, including surgical site infections,” it said.

Professor John Fraser, dean of Auckland University’s medical sciences faculty, agreed poor sterilisation was an unlikely cause and it was most likely coming from John himself, unbeknown to the surgeon.

“So that is the trillion-dollar question: Why, if you do everything right, do patients still get staph infections?”

“We have been lax in the use of topical antibiotics, particularly skin creams, which have generated resistant strains,” Fraser said.

Practical ways to mitigate further problems were to use topical antibiotics sparingly and, for surgeons, get patients to scrub from head to toe with an antiseptic scrub prior to surgery, he said.

Fraser is part of a team at Auckland University developing a vaccine using mRNA technology, aimed at cutting off the infection’s ability to grow.

They’ve had promising results in mice and expect to be under way with a clinical trail by 2024.

John will have his colostomy reversed next week. “Today, I’m a box of birds and happy to be alive. You have got to look at the glass half full.”