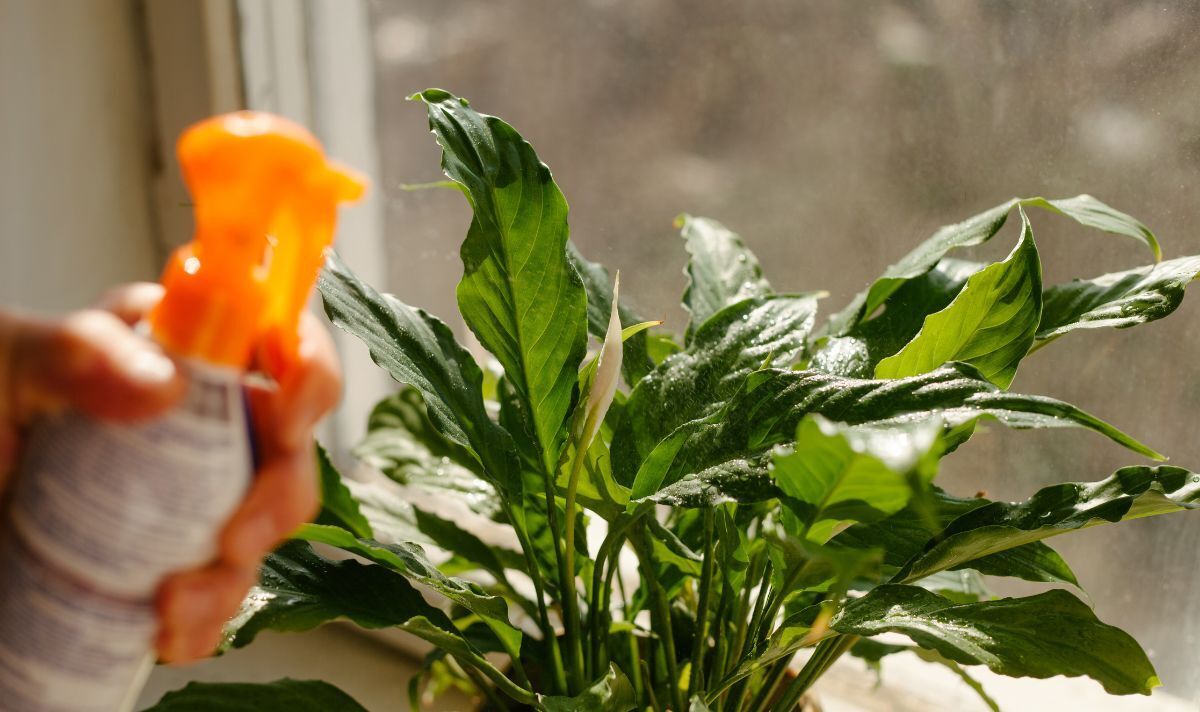 In a bid to help keep houseplants healthy, an expert has shared why tap water should not be used when watering peace lilies. Known for their green, glossy leaves, they are one of the most popular houseplants in the UK, despite being quite fussy. According to research by Hammonds Furniture, there are more than 8,000 people a month Googling how to care for a peace lily.

Patch’s Plant Doctor, Richard Cheshire, told Express.co.uk: “Although these plants are fairly resilient, hard water is a common cause of white residue on lush plants like these.

“I recommend collecting rainwater or using distilled water on your plant.

“Essentially, hard water contains magnesium and calcium and these excess minerals can be harmful to them, or at least leave behind a white residue on the leaves as the plant breathes.”

Houseplant owners could also boil water and leave it to cool or let tap water “dissipate” harsh minerals for at least 24 hours in a watering can.

READ MORE: Worst place to sell a property in the UK named – list

This can also help the plant to thrive and conduct photosynthesis more efficiently.

Peace lilies should also may need to be repotted every few years, depending on how fast it is growing.

They will need a slightly larger pot, but actually grow well when their roots are slightly restricted.

Patch has launched a Plant Paramedic Service for the month of September.

Founder and CEO of Patch Plants, Freddie Blackett, said: “Many plant owners see the telltale signs of a dying leaf and immediately reach for the bin, but it’s actually often possible to revive your plants by following some simple steps – that’s why we’ve created the Patch Plant Paramedics service to salvage your houseplants when you return from your holiday, rather than replacing them.”

The Plant Paramedics campaign will be running until the end of September, initially launching in London before rolling out to other cities. To add your foliage to the trans-plant list and book a visit from the Patch Plant Paramedics, go to https://www.patchplants.com/gb/en/plant-paramedics/.