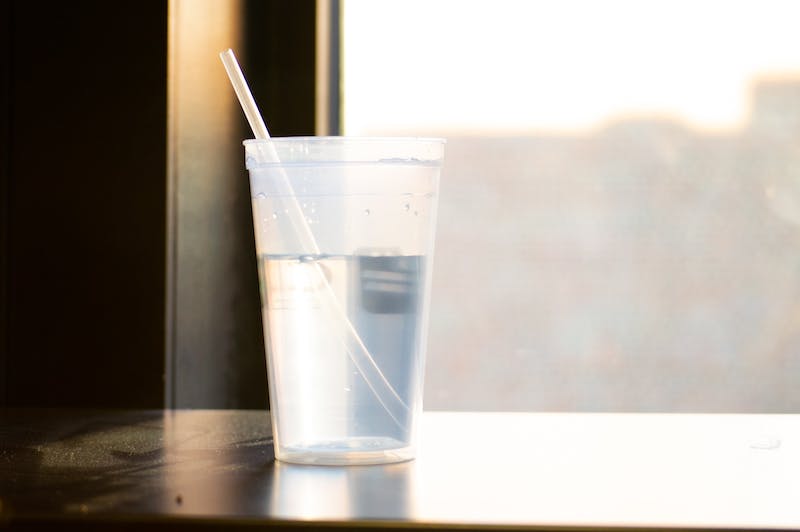 Perfluoroalkyl and polyfluoroalkyl substances, also known as PFAS, have attracted increasing awareness and concern from the public over the past several years.

The chemicals are commonly used in everyday products such as nonstick pans and cookware, rain jackets, carpeting and firefighting foam. They are widely known as “forever chemicals,” meaning they do not break down easily in a natural setting.

When humans are exposed to PFAS, there is an increased risk of kidney and testicular cancer, low infant birth weight, decreased vaccine response in children and high cholesterol.

Frank Leibfarth, a chemistry professor at UNC, said drinking water is the most common way in which humans are exposed to PFAS. He added that the chemicals can contaminate the drinking water supply via wastewater runoff from industrial sites and homes where products containing PFAS are produced and used respectively.

Karsten Baumann, a professor in UNC’s Department of Environmental Science and Engineering, said PFAS are particularly dangerous because they are “volatile,” meaning the chemicals can be released easily through air and water.

Baumann explained that products with PFAS are attractive to consumers because they make surfaces easier to clean and are resistant to stains.

“’Non-stick, non-stain, easy to clean’ — that means they have been treated with some kind of Teflon-type material and coating,” Baumann said.

He said Teflon material contains PFAS and the everyday use of these products further contaminates surrounding air and water.

The Orange Water and Sewer Authority regularly tests for more than 150 chemical compounds in its water supply and summarizes these findings in an annual report. OWASA spokesperson Blake Hodge said the water supply in Cane Creek and University Lake meets all current environmental regulations.

Hodge added that OWASA began testing its water supply for PFAS in 2018 and the substances have been detected in the water supply.

Because of this finding, they now test the Cane Creek Reservoir water for 45 PFAS compounds on a quarterly basis.

OWASA cites firefighting foam as one possible source for the contamination, according to its website.

“We do have them in our reservoirs and as they go through our treatment process, you can see again on that dashboard, it takes you through the raw water, which that reservoir supplies, and through the treated drinking water,” Hodge said.

Currently, there are no regulations at the federal or state level for PFAS mitigation. Instead, the U.S. Environmental Protection Agency has set certain “health advisory levels,” which it most recently updated in June. These guidelines serve as an upper limit for the amount of PFAS to which humans should be exposed.

Leibfarth said he advocates for formal federal regulations on the “forever chemicals.”

“I think a great first step would be federal regulations on the five PFAS that the EPA has released,” Leibfarth said.

He said the health advisory limits are based on toxicological data and are as evidence-based as possible.  In addition to regulations, there are steps people can take in order to reduce their exposure.

Leibfarth said carbon filters, such as those in refrigerator dispensers and Brita devices, can remove PFAS efficiently and are easily accessible to consumers. He added that he has tested such equipment in a lab and found that it efficiently removes PFAS from Orange County water.

In response to the detection of PFAS in drinking water, OWASA has pledged to continue participating in research, leverage federal funding for mitigation efforts and work towards PFAS reduction strategies.

OWASA now conducts PFAS testing several times per year and publishes the results on its website.

To get the day’s news and headlines in your inbox each morning, sign up for our email newsletters.