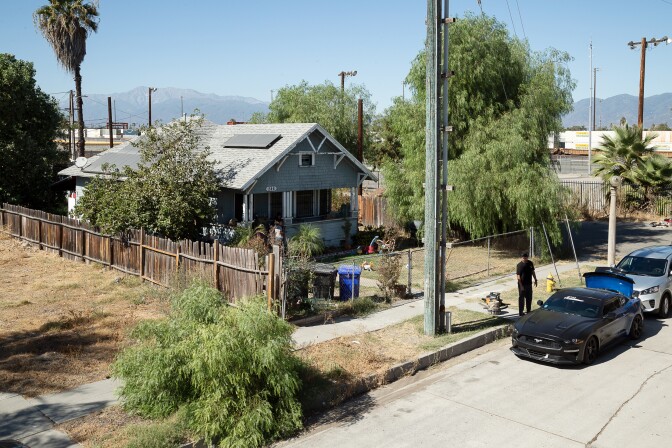 The air quality in California’s Inland Empire is among the worst in the United States. Historically, Los Angeles air pollution has collected in the inland valley due to the geographic configuration of the region. But the main reasons for the poor air quality in San Bernardino and Riverside Counties are vehicle emissions generated by residents and industry concentrated in the area.

In 2018 I received a commission from the California Air Resources Board to carry out an art project in the Inland Empire about the effects of air pollution on local communities and about how air pollution contributes to climate change. The commission coincided with my growing concern about the environment, which increases every year as we learn more about the effects of climate change and I realize that my own children will see their lives shaped by it. I was thankful for the opportunity to learn more about this subject through the project. What I did not know when I started was how closely the conversations about climate change and air quality are tied to the goods movement industry, and how the industry is harming the communities and land of the Inland Empire in ways beyond air pollution.

My work for the last 15 years has involved photo documentation and community engagement around issues that affect low-income, underserved and under-represented communities. I have found that the best way for me to understand an issue or a place is through the stories of the people who live there. I have also found that photography helps me open up spaces and conversations.

When I set out to work, camera in hand, I was familiar with the Inland Empire from passing through along the 10 freeway on my many trips in and out of Los Angeles. That is to say, I did not know it at all. I spent the next three years getting to know the people and the land and the relationship between them. I traveled throughout the Inland Empire for months just getting an understanding of how the region is laid out. In my mind, I made a triangle between the cities of Ontario, San Bernardino and Riverside. I drove north, south, east and west throughout this triangle and beyond it to places like Moreno Valley, Redlands, Muscoy and Jurupa Valley. Once I felt that could situate myself, I started knocking on people’s doors and listening to their stories.

Bob Becker lives on the east side of San Bernardino, close to the airport. His family arrived in the region in the 1850s and he has lived in the area his whole life. Over generations and during his own lifetime, the land around his home has been transformed from natural desert landscape and agriculture fields into warehouses, truck yards and industrial facilities. Although he grew up steeped in California car culture, building and driving hot rods, he understands the need to change our driving and consumption habits. His own health has suffered from air pollution. He also laments the fact that governments, both local and national, have failed to act with the urgency he feels is needed to address climate change.

The Lopez family’s home is situated in the city of San Bernardino, less than one hundred feet from the Burlington Northern Santa Fe (BNSF) intermodal facility, one of the busiest hubs for industry in the region. The dust, noise and truck traffic from the facility are part of their daily lives. One of the family’s children has struggled with respiratory problems his entire life. His older brother notes that he grew up in this home and now works as a warehouse security guard in the city of Ontario about 25 miles away. The fact that he cannot get away from bad air is not lost on him. 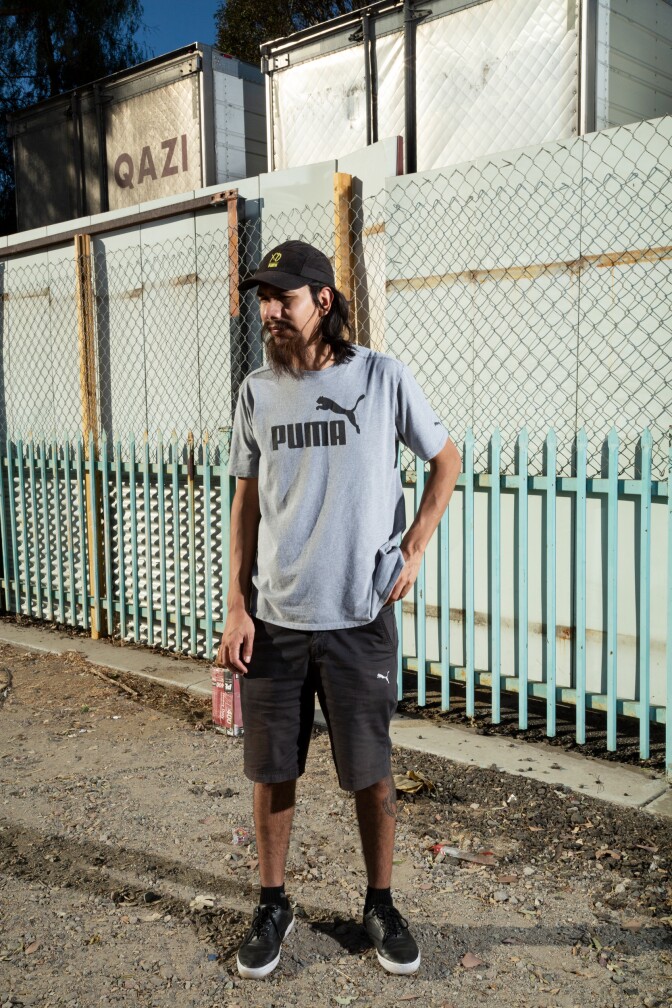 The goods movement industry is also displacing residents and entire communities. Bryan Tapia has witnessed the disappearance of the neighborhood in Fontana where he grew up. On Washington Drive, between Beech and Hemlock avenues, renters have had to leave their homes as properties are sold for warehouse development. Others left because they didn’t want to live with the dangers and health effects of trucks operating around them all day. Fontana’s city government often facilitates the development of warehouses over the protests of residents. Bryan wonders why those in power, who make decisions about land use that favor industry, don’t make the same choices in their own neighborhoods. 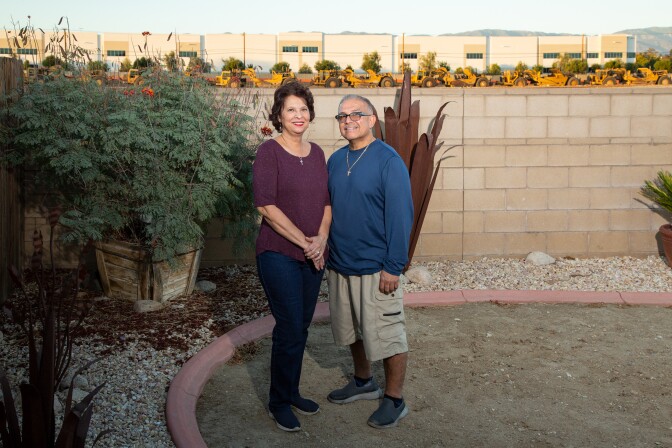 When residents of the Inland Empire organize to resist displacement by industry they often lose. Kim and Tommy Rocha found out that an enormous warehouse facility was being planned in their neighborhood of Bloomington and they put up a long and protracted battle. They organized residents, contacted state legislators, took their story to the media and showed up at county government hearings about the project. They had momentum and support from many people, but the county board of supervisors ignored the community’s efforts and input and allowed construction of the warehouse to go forward. 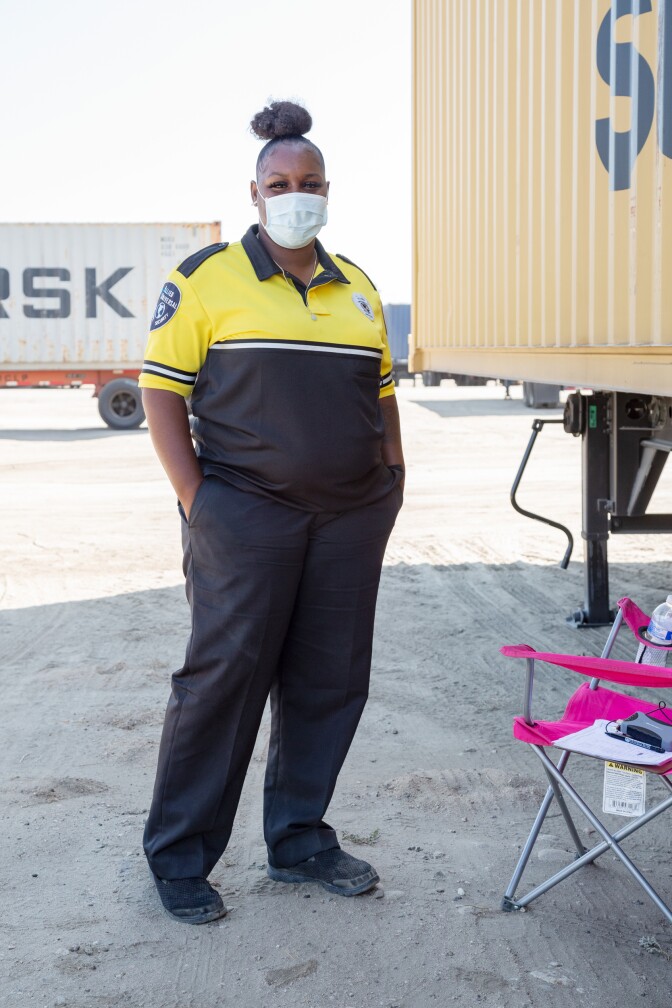 Local governments justify the constant construction of new warehouses with the argument that it is creating jobs. Community advocates counter that these are exploitative jobs that will do more harm than good for the region. Qunisha Miller’s experience illustrates this point. Qunisha is a young mother from San Bernardino who took a job as a security guard in a truck yard on the edge of the San Bernardino airport because it paid slightly better than a job in fast food. After a week on the job she found that her sinuses and throat were irritated to the point of bleeding. The choice between jobs and clean air is not a choice that people should have to make. 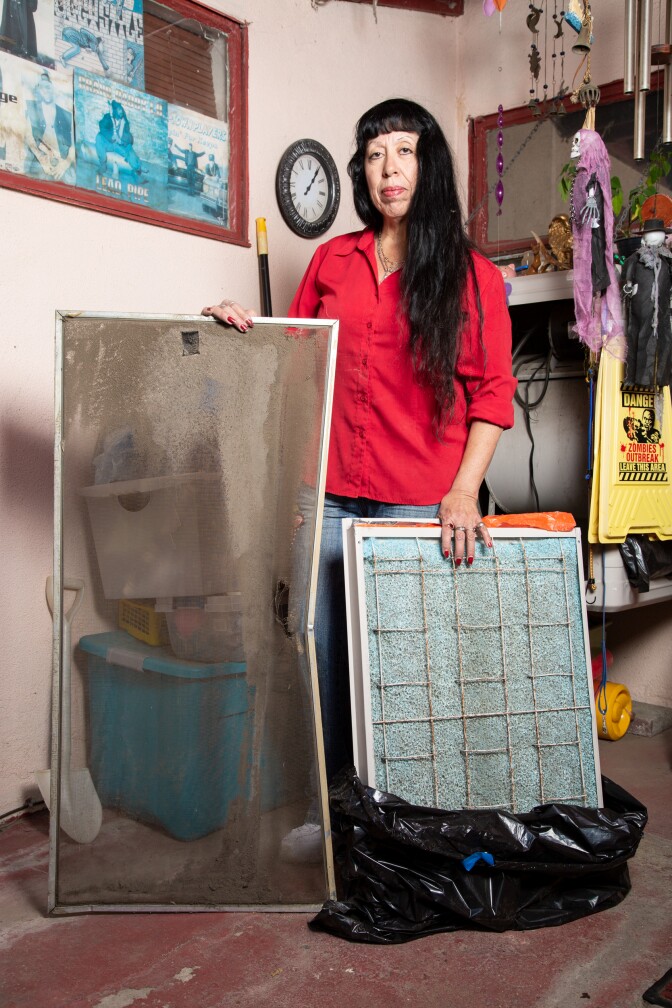 I sometimes fixate on the details of people’s experiences when I think about the issue of air pollution in the Inland Empire because they help to show how real the problem is, as well as its cascading effects. For example, Estella Hernandez, from San Bernardino’s west side neighborhood, has to battle dust in her home from local industrial facilities every day. This is the same home from which she operates a daycare facility that many local families rely on. 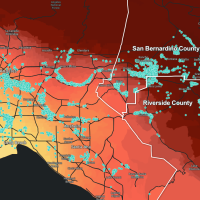 I began this project with the intention of learning about air quality and climate change. In the process I learned so much more. If I zoom out, I can see that there is an overarching truth connecting all of these stories. Each resident’s struggle is an example of how the prioritization of profit over human health and dignity has harmed the people and land of the Inland Empire. We also see environmental racism at play in the way that land and resources are used. The proof of this is simply in the fact of who is being harmed, displaced and exploited. 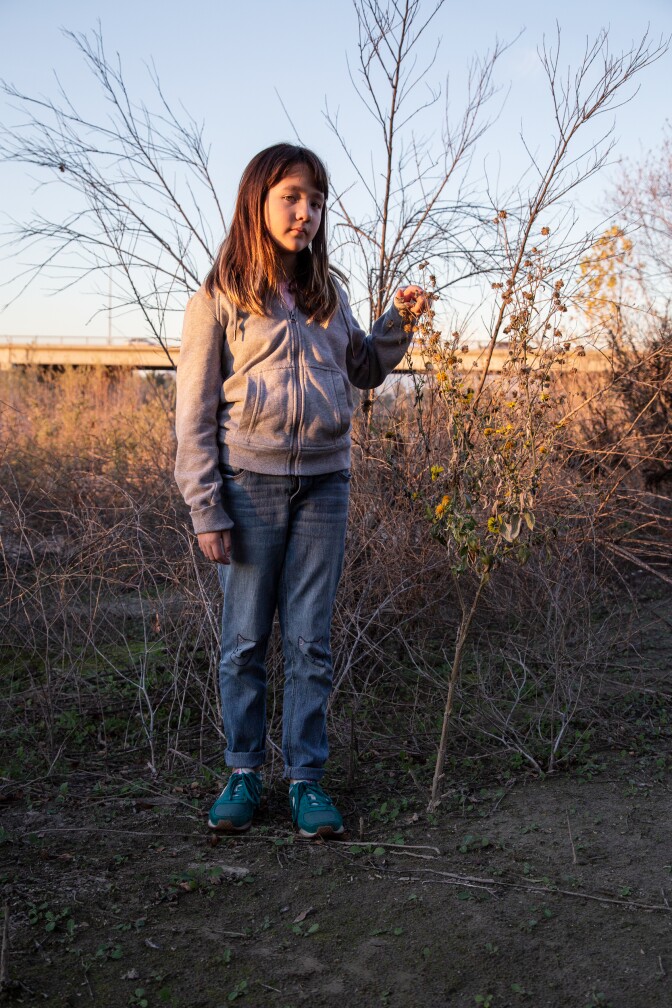 I do find hope in the resiliency of life growing out from every crack and crevice in the ground, expressing its beauty no matter how we treat it. I am especially heartened by young people, their awareness of climate change and their resistance to the negative impacts of capitalism.

In the Inland Empire, individuals and community groups and organizations have been working for decades to defend their people and their spaces. Theirs is a hard and often lonely fight. They are up against all the power that money can buy and an industry operating at odds with their lives and well-being. Instead of spending lifetimes generation to generation fending off harm, residents of Inland Empire should be able to work toward personal and community development. We should all pay attention and offer our support because soon enough we might find ourselves like them, fighting for our homes, our health and our lives.