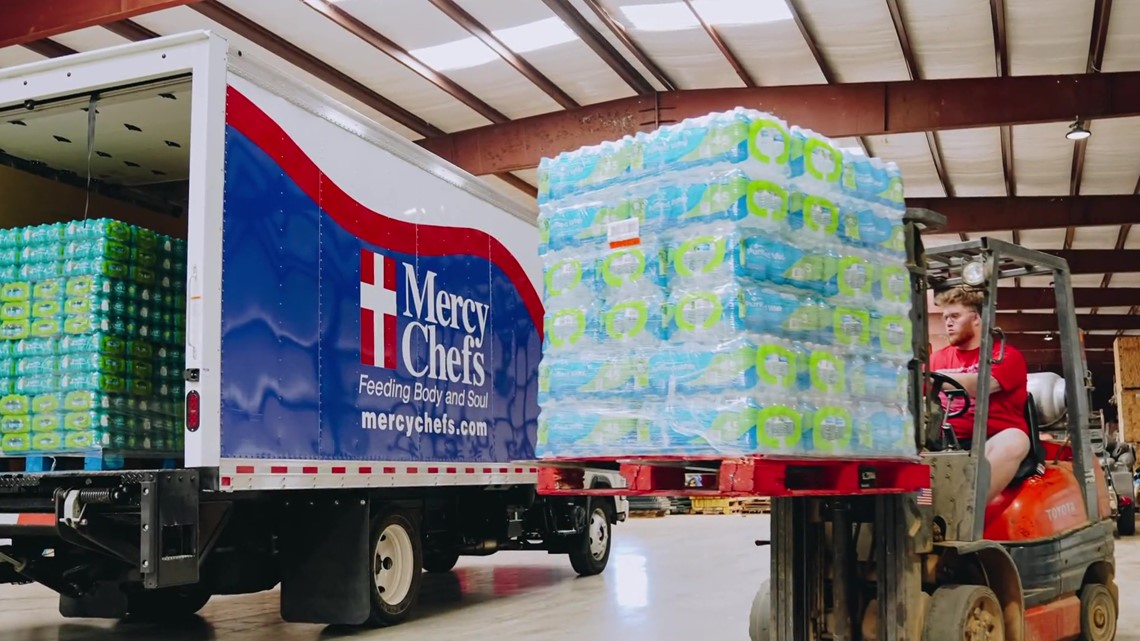 More than a million bottles of water have been distributed total to Jackson residents.

PORTSMOUTH, Va. — The water crisis in Jackson, Mississippi is getting worse with city leaders now telling residents to shower with their mouths closed.

A Portsmouth-based organization, Mercy Chefs, is pledging to do its part to help residents by delivering 16 pallets of water bottles and a mobile water purification unit.

“It’s worse than just about anything, it’s a staple for being a human and being a person is having access to water, especially in this country,” said Nick Beckman, who is the special project manager with Mercy Chefs.

The water purification unit will be able to filter 300 gallons of water each hour to give residents a reliable source of clean water. The water crisis in Jackson has slowly built for a month, but it peaked in late August when the city’s largest water treatment plant failed.

“It’s an aging water system and aging systems are flooded with water which we’ve seen over the past few weeks don’t hold up very well,” Beckman said.

A state of emergency was declared by Gov. Tate Reeves after the Pearl River flooded the water treatment plant. However, the city has been under a boil-water notice since late July because of “quality issues.”

“To everyone in the city: I know that you’re dealing with a profoundly unfair situation,” said Reeves. “It’s frustrating, it’s wrong and it needs to be fixed.”

Leaders with Mercy Chefs hope their donation will be able to alleviate some of the pressure residents have felt. Currently, there is no word yet for when the water treatment plant will be back in working order.

If you want to help, you can contribute to the Mercy Chefs’ effort by donating here.