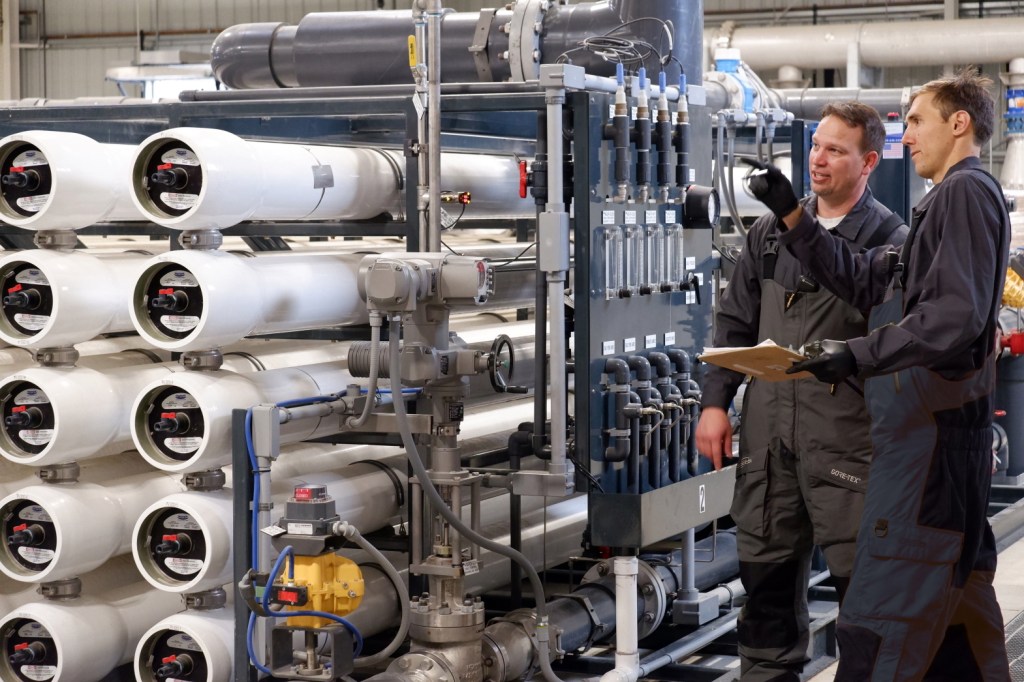 MONTEREY — Pure Water Monterey, the Monterey Peninsula’s recycled potable water project, was one of 11 projects receiving a national award for outstanding engineering achievement — a project heralded as a key part of the state’s portfolio of water supply projects.

“To be recognized alongside high-profile national projects is truly a great honor,” said Mary Ann Carbone, the chair of Monterey One Water’s board of directors and the mayor of Sand City, in a news release.

The Oct. 25 award was from the American Society of Civil Engineers, which has been recognizing nationwide projects with its Outstanding Civil Engineering Achievement award for the past six decades. Pure Water Monterey, the first such project in Northern California, was the only project in the state to receive the award.

“This prestigious award honors the project that best illustrates superior civil engineering skills and represents a significant contribution to civil engineering progress and society,” reads a description of the awards on the Society of Civil Engineers’ website.

The engineer of record is Todd Reynolds of Kennedy/Jenks Consultants Inc., which has offices in Santa Clara and San Francisco.

Christopher Stevens, the assistant deputy director of the finance division of the State Water Quality Control Board, also called the Water Boards, said on Wednesday that the type of project like Pure Water Monterey is increasingly becoming an important part of the state’s portfolio of water projects.

Pure Water Monterey is called an indirect potable water project because it takes as its source water effluent, agricultural runoff and stormwater and runs it through a state-of-the-art advanced purification system and then injects it down through underground strata.

As the water meanders down through layers of sand and rock into the Seaside Groundwater Basin it becomes no different from freshwater pumped into households. It is then pumped out and distributed to water users along the Peninsula.

Stevens noted that the Water Boards is working on a new set of regulations that in the future will govern purification systems that can take wastewater and purify it to such a high degree that it can be pumped directly into households. This type of recycled supply is called direct potable water.

These types of projects that are designed to offset over-drafted aquifers in the state are continuing to gain momentum. Stevens’ division covers a portion of the cost to construct recycling facilities statewide.

“Our Legislature and regulatory agencies have prioritized recycled water policies to help increase its use statewide,” wrote Jennifer West, the managing director of WateResue, a nonprofit trade association that promotes water recycling, in an article for CalMatters.

“The state uses approximately 728,000 acre-feet a year in recycled water, but this amount is expected to at least double in coming years, primarily due to the expansion of ‘potable reuse,’ that is, using treated wastewater for drinking water,” she wrote.

One such project the state is helping to fund is Pure Water Soquel in Santa Cruz County. The state has determined that the Mid-County Groundwater Basin that provides water to residents in Soquel, Aptos and a portion of Capitola is critically over-drafted. So the Soquel Creek Water District is constructing a facility similar to Pure Water Monterey, which is expected to come online in 2024.