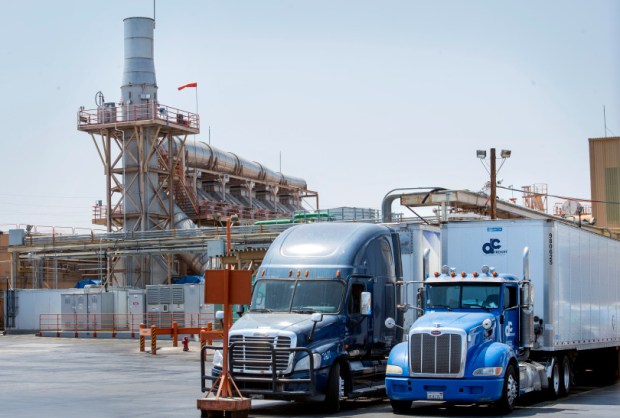 Quemetco, Inc., has agreed to make improvements to its facility and pay $2.3 million to settle enforcement actions brought by the state Department of Toxic and Substances Control (DTSC) in 2018, according to a settlement approved by the Los Angeles Superior Court late Tuesday, Dec. 13.

The massive battery recycling plant, which crushes and melts down 600 tons of lead acid batteries per day, according to a 2019 report from Los Angeles County, is located at 720 South 7th Avenue in City of Industry, roughly 15 miles east of downtown Los Angeles and within 600 feet of many homes in Hacienda Heights and Avocado Heights. The plant is within two miles of schools and homes in La Puente and Bassett in the heart of the San Gabriel Valley.

Quemetco has a history of violations during its 60 years of operation, from lead and arsenic smokestack emissions to failed leak detection systems. In 2016, the South Coast Air Quality Management District (AQMD) found that air emissions presented an unacceptably high risk for development of cancer. Between 2017 and 2019, the plant was issued two notices of violations for going above permitted levels of arsenic emissions.

Arsenic is a known human carcinogen and is emitted from the lead smelter at the plant as part of the process in breaking down lead acid batteries into recyclable components. It is linked to skin, bladder, liver and lung cancers. Low levels of lead can damage a child’s nervous system, causing learning disabilities and behavioral problems. Lead has also caused tumors in laboratory animals and is listed as a probable carcinogen, according to DTSC.

The company has agreed to fix some of its operations cited by the DTSC during inspections between 2015 and 2018. Violations included a broken and inoperable leak-detection system; failure to build an adequate system to monitor toxic chemical leaks into the groundwater; and failing to minimize hazardous waste releases into the environment, according to DTSC.

The plant will be upgraded to comply with its current permit, the DTSC said. The company will install new monitoring wells and improve other segments of its operations.

Quemetco is being ordered to pay $1.5 million in civil penalties to DTSC. It will also pay $575,000 to each of two community-based organizations that will provide education about how to recognize and avoid hazardous waste exposure.

“Under DTSC’s oversight, Quemetco will make facility improvements that better protect its neighbors and the environment and will pay for programs that benefit the entire community,” wrote DTSC Director Dr. Meredith Williams in a prepared statement.

Enforcement of the settlement between Quemetco and DTSC began on Wednesday as the company started to address 29 violations cited in the four-year-old lawsuit and began mitigation measures.

With a functioning system that detects leaks of arsenic, lead or any other potentially harmful chemical agents, less environmental damage will occur and residents living nearby will have less exposure.

“If there is a functioning leak-detection system, it will prevent them from leaking anything into the environment,” said Leslie-Gassaway.

The company is also required to monitor waste water leaks that could enter the groundwater or underground aquifers, which is a drinking water source for San Gabriel Valley residents.

The settlement does not affect the permit applications Quemetco has with the DTSC, which Leslie-Gassaway called a separate process that may be decided in February. Quemetco wants a permit extension. It has also asked Southern California AQMD for a permit to expand operations. Neither request has been decided.

The agreement requires Quemetco to pay $575,000 each to Nature for All and the California School-Based Health Alliance. These two community organizations will spread the word about the environmental issues at the plant and how they affect communities, DTSC said.

The Clean Air Coalition of North Whittier and Avocado Heights, a grassroots group that has been protesting Quemetco and working with government agencies such as the Los Angeles County Department of Public Health for 10 years was not part of the settlement.

“This $1.15 million goes to these two organizations I’ve never heard of,” said Rebecca Overmyer-Velazquez, a coordinator with the group, on Wednesday, Dec. 14. She said, “They’ve never shown up for any part of the regulatory process. That is the last thing we need right now.”

The Clean Air Coalition of North Whittier and Avocado Heights, along with its partner Earthjustice, which provides advocacy and legal help, have called on DTSC not to renew the plant’s hazardous waste permit and urged Southern California AQMD not to approve an expansion request.

“This facility has no place in a community where so many people live so close to it,” she said.

Overmyer-Velazquez said better use of the money would be to pay for placement of air toxics sensors in residential neighborhoods. There are no official air toxic emission meters aside from four that were placed along the fence of the Quemetco property, she said.

“Why not put that money there? That would be really helpful, to monitor for all kinds of air toxics,” she said.