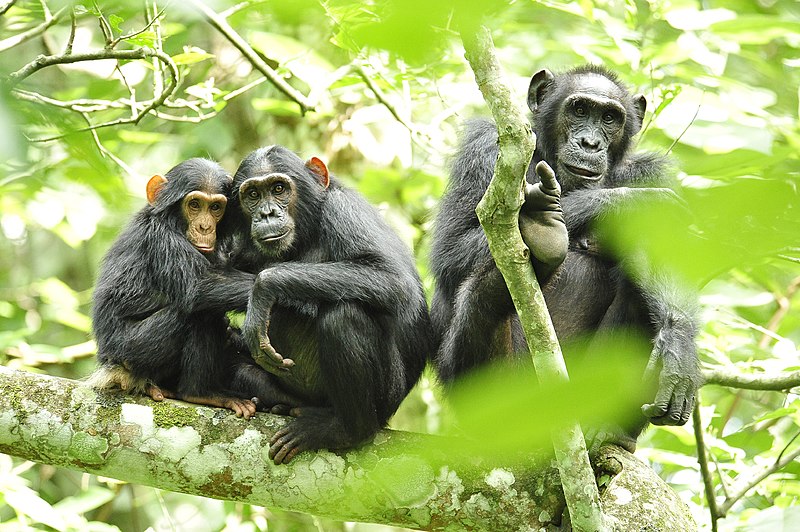 Apes in the Waibira community of East African chimpanzees in Uganda began digging small wells to access or filter drinking water, according to research from the Universities of Kent and St. Andrews. The team noted that in the animal kingdom, this is a fairly uncommon behavior.

It is the first time the well-digging behavior has been seen in rainforest chimpanzees, and it is thought that a female chimpanzee named Onyofi, who immigrated there in 2015, is to blame.

Onyofi is thought to have come from a well-digging family, and after she showed off her talent, Waibira chimpanzees and adult females were observed imitating her. Although no adult males were seen digging, they frequently used the wells that others had already dug.

The fact that Onyofi’s well-digging attracted a lot of attention from the other chimpanzees in the group and that she was closely observed by both young and other adults suggests that when she first arrived, the Waibira community had never seen this behavior before. Her wells appear to be well-liked, as evidenced by the fact that other chimpanzees drink directly from them or slake their thirst with chewed-up leaves or moss, suggesting that well water may have some additional advantages.

The behavior’s existence also emphasizes how crucial the resource of water is, even for populations that live in rainforests. Groups like the Waibira may be able to thrive even as their local habitat changes due to behavioral adaptations to changes in rainfall as a result of climate change.

Peter clarified that drilling wells are typically done to gain access to water in extremely dry habitats. There are about three savannah living groups of chimpanzees that do this.

Peter drew attention to the fact that what they had witnessed in Waibira was somewhat distinct from the groups in the savannah. People typically assume that since they live in a rainforest, getting water shouldn’t be a problem. But it appears that the annual few months of the dry season will be enough to cause them some problems.

He also made the intriguing observation that the wells all appear close to open water, indicating that their purpose is probably filtering rather than getting to the water. Water from a well may be purer or have a different flavor for the chimpanzees, Newsbreak reports.

One of the most fascinating things, according to Hobaiter, was observing how the other chimpanzees reacted to Onyofi’s digging. It is unusual around such a valuable resource for large dominant males to wait politely for her to finish digging and drinking before going and borrowing her well.

The study team was interested in seeing what would happen as some of the young males who can dig grew older. Hobaiter is hoping that they will pass as competent instructors for the big males and that they will stop depending on other people to dig their wells.

Related article: New Study Reveals Chimpanzees Pass on Their Knowledge to Next Generation, Just Like Humans

© 2022 NatureWorldNews.com All rights reserved. Do not reproduce without permission.