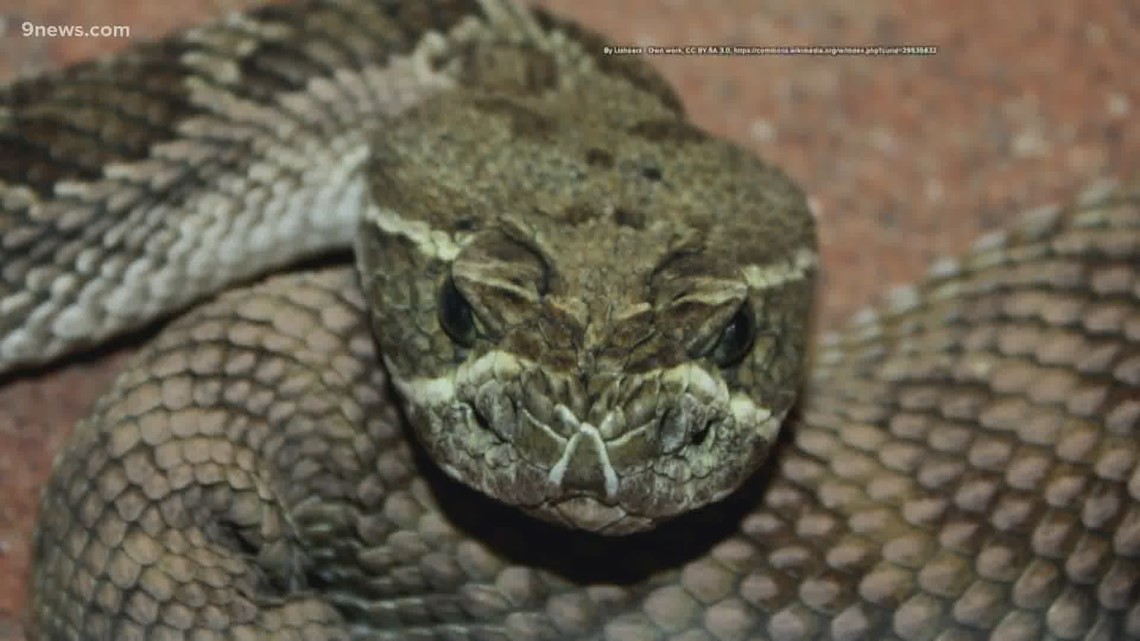 Colorado is home to over 30 species of snakes. Only three of them are a risk to humans.

COLORADO, USA — As Colorado heats up for the summer and more people are outdoors, Colorado Parks and Wildlife put out its dos-and-don’ts when you are bitten by venomous snakes.

Colorado is home to about 30 species of snakes. However, only three of them are poisonous to humans; the prairie rattlesnake, the midget-faded rattlesnake, and the massasauga rattlesnake.

Rattlesnakes will have a very distinct triangular-shaped head which will be much wider than the neck. Unlike non-venomous snakes which are thinner/slender, rattlesnakes are thicker and will appear more earthly colors. They also get mistaken often for bullsnakes as both will have similar color patterns and defensive behaviors. Look for the sharply pointed tail, round pupils and oval-shaped head to distinguish bullsnakes from native rattlesnakes.

They especially love rocky outcroppings, grasslands, rocky stream crossings and ledges. Occasionally you’ll see them on trails stretched across in the middle soaking up the sun. Rattlesnakes also will hang out in grassy and places with high vegetation. All reason enough to stay on the beaten path.

Although not quite frequent, rattlesnakes during the summertime are most active during dawn, dusk, and the nighttime hours since temperatures are cooler.

What do I do if I encounter a rattlesnake?

If you should meet a rattlesnake, your immediate goal should be to freeze in place as it’ll make you less of a threat. They are often heard before they are seen. Listen for that distinctive rattle to pinpoint its location and slowly back away once you locate it.

A good rule of thumb is to put yourself at least 5 feet between yourself and the snake. Rattlesnakes can strike at a distance of two-thirds of their total body length. Most bites occur when people try to handle them or move them physically out of the way. It is best practice to move yourself instead of them.

What if I get bit?

If you suspect you were bitten by a rattlesnake, move carefully away to a safe location. Most importantly, do not panic. Slow down your heart rate as much as you can and leave the bite wound lower than the heart. Call 911 as getting to a hospital as soon as possible should be the main priority. Remain calm and allow the bite to bleed freely for 30 seconds. If possible, cleanse and disinfect the bite area with iodine, or soap and water.

Do not apply ice/hot packs, use a tourniquet/constricting band, attempt to try to suck out the venom, and/or use any device to cut or slice the bite site.

What about my pet?

Dogs are more likely to die from rattlesnake bites than humans due to the difference in body weight. If a dog does get bit, get them far away as possible from the snake, limit their physical exertion and get them to veterinary care as soon as possible.

Keep dogs on a tight leash if you’re in rattlesnake country. Dogs roaming free are more likely to be bitten by rattlesnakes than leashed dogs, and more than likely will be bitten on the nose or face from sniffing the ground.

RELATED: Spring is here, and so are bears, snakes and other wildlife