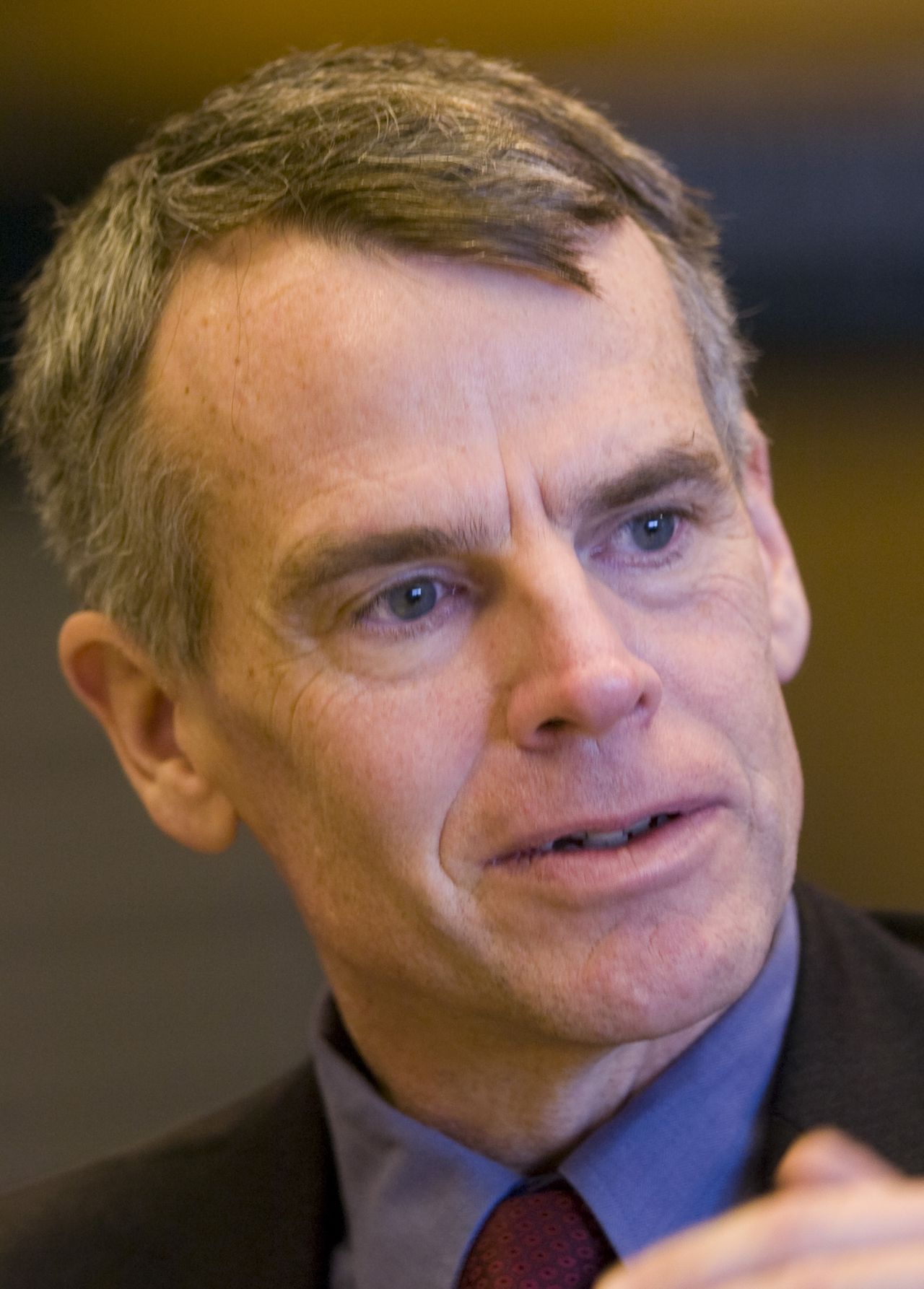 Richard Whitman, an attorney and longtime state bureaucrat who took over the Oregon Department of Environmental Quality in 2016 after a toxic air crisis rattled public trust in the agency, and who steadied the regulator in the years since, is retiring at year’s end.

The decision, which Whitman confirmed in an interview, portends some of the significant changes to state government expected in the coming months. Gov. Kate Brown, a Democrat in office since 2015, will be termed out and replaced by the winner of November’s gubernatorial election.

Whitman, who earned $175,662 in 2021, said the transition plan for the agency calls for a national search to find his replacement, with input from Brown and her successor, with a new director’s hiring anticipated to be finalized in early December. The 65-year-old said he planned to take time off before deciding what would follow.

“It’s time. I can feel that it’s time for me, and more importantly, it’s a good time for DEQ,” Whitman said. “You can feel the generational change in an organization like DEQ — there’s a lot of energy around the mission of the agency that feels good and gives me confidence in the agency.”

The Department of Environmental Quality, best known to Oregonians as the state’s car smog tester, is responsible for enforcing the federal Clean Water Act and Clean Air Act, ensuring the state’s air is breathable and its waters fishable and swimmable.

It was in disarray when Whitman accepted a temporary assignment in 2016 to be its interim director. The department was struggling under the weight of years of disinvestment by state lawmakers who an Oregonian/OregonLive investigation showed had taken more political money from corporations, per capita, than anywhere else in the nation.

The resulting pressure instilled a deep culture of deference, the investigation showed, turning Oregon’s pollution cop into a weak watchdog.

Whitman presented himself as a change agent in applying for the permanent job, writing in his application that the agency suffered from “blurred lines of authority and responsibility, leading to internal and external confusion, unnecessary conflict, low morale and low productivity.” Its computer systems were outdated; its employees were not empowered to make decisions.

Whitman executed on the change he promised, said Mary Peveto, executive director of Neighbors for Clean Air, an advocacy group.

“It’s been a massive cultural shift at that agency,” Peveto said, “from what was cowering, defensive and apologetic into transparent, truthful, honest and much more analytical and thoughtful about their work.”

The agency has issued four penalties for environmental law violations topping $1 million in the last two years, including its largest-ever fine, $2.1 million, against a Portland roofing company in 2021.

Whitman said he made a clear decision to end the agency’s days of deference.

“If we have to levy a big fine, if we have to take administrative actions, if we have to go to court, we will do all those things,” Whitman said. “The stance of the agency has changed, and that has been deliberate.”

For years, the agency’s No. 1 internal performance measure was providing “good” or “excellent” customer service to the polluters it regulated.

Under Whitman, that goal shifted to No. 13 in the agency’s report card to legislators. Its top goal became reducing cancer-causing diesel pollution, a major public health threat.

Travis Williams, executive director of Willamette Riverkeeper, said Whitman wasn’t the sole factor in changing the agency. It also benefited from a new oversight board selected by Brown, new staff members and a recognition by state lawmakers that the agency needed more funding, he said.

“You can point out multiple individuals who’ve breathed life into multiple areas of that agency,” Williams said. “The overall trend has been positive. Are they a completely different agency? No. But there’s been a positive difference since Richard took over.”

Asked for an appraisal of Whitman’s performance, Angela Wilhelms, president and CEO of Oregon Business and Industry, a trade group, called the director’s job “an important position” that will be “a critical appointment for whoever our next governor is.”

“We look forward to building a relationship with a new director and working collaboratively on policy that advances the state’s commitment to environmental quality while supporting a healthy, prosperous, and competitive economy for Oregonians,” Wilhelms said in a statement.

The Environmental Quality Commission officially hired Whitman as department director in February 2017 over the objections of Brown, for whom he had previously worked as an environmental policy adviser. Brown, who fired the commissioners who chose Whitman, didn’t respond to a request for comment about Whitman’s performance. But Whitman said he and Brown had a good working relationship.

“I was very surprised by what happened back then,” he said, “but I worked very hard to build a strong relationship” with Brown’s appointees to the Environmental Quality Commission, the agency’s oversight board.

Whitman’s career with the state, which also saw him lead the state Department of Land Conservation and Development, began in 1997. He said he initially focused on two issues: the Portland Harbor Superfund cleanup and salmon recovery. Twenty-five years later, cleanup of legacy industrial contamination along the Willamette River’s shoreline is nearly finished and cleanup in the water is soon to begin.

“It’s taken much longer than I hoped, but I feel good about where we’re at for seeing a river renaissance around the Lower Willamette,” Whitman said. “Seeing that actually feels good.”

It’s a different story for the iconic cold-water fish, whose diminished populations face the daunting prospects of surviving in river systems being changed by ever-warmer temperatures fueled by climate change.

“It’s been disappointing that we’re not further along on salmon than we hoped we would be,” he said. “They’re still struggling. In some ways and in some cases, they’re worse off than they were 25 years ago.”

He cited as one accomplishment his work laying the foundations for the removal of four aging dams on the Klamath River spanning northern California and southern Oregon, which will open a wide swath of the region to migrating salmon and be the largest dam demolition project in the country’s history.

“That’s life’s work for me,” he said. “It’s been a privilege to continue that work with Governor Brown and work with her directly on that. That feels very good.”

Subscribe to Oregonian/OregonLive newsletters and podcasts for the latest news and top stories.