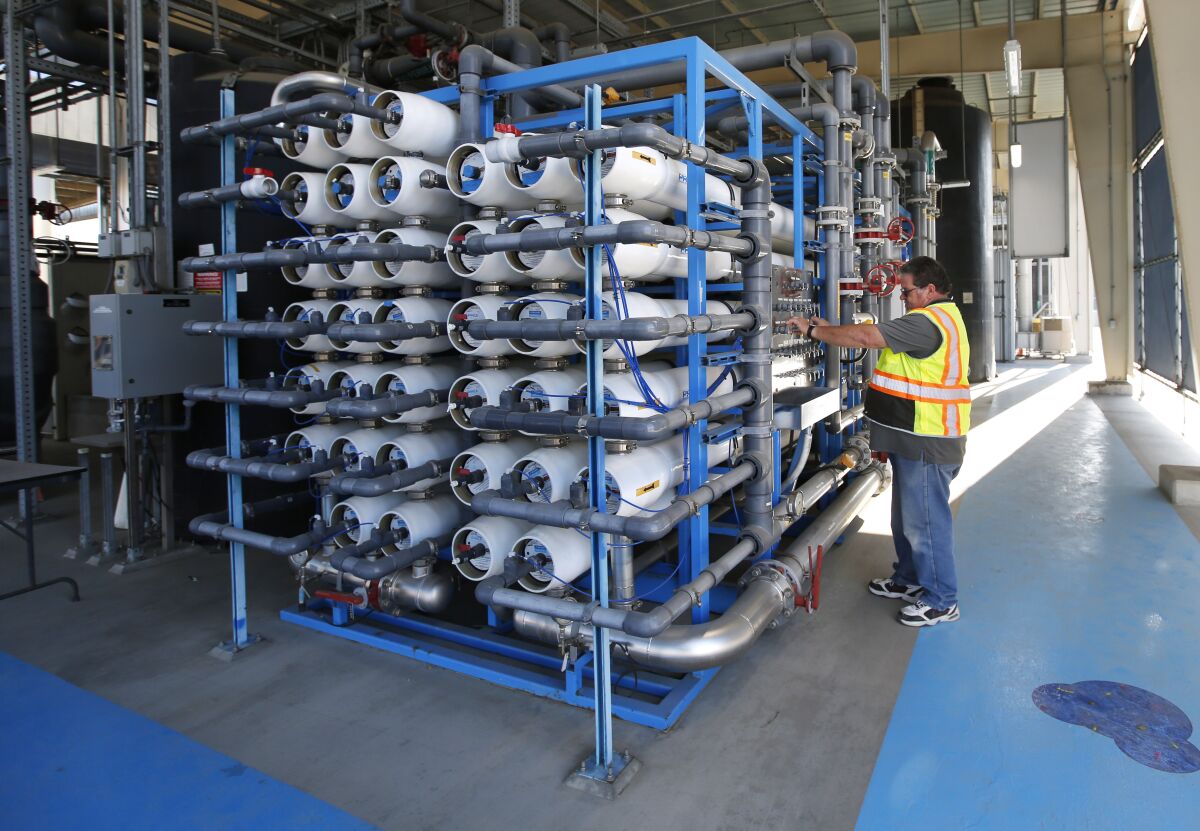 San Diego officials say they will complete a long-delayed comprehensive analysis of city water rates this year that could lead to sharp increases to help pay for major infrastructure projects such as the Pure Water sewage purification system now under construction.

The last time San Diego completed such an analysis in 2015, city officials voted to raise water rates by 40 percent over four years.

City water customers already face a 3 percent rate increase in January to cover rising costs of imported water. That increase, which the City Council approved in September, was prompted by the San Diego County Water Authority voting in June to increase what it charges the city for imported water.

Get the La Jolla Light weekly in your inbox

News, features and sports about La Jolla, every Thursday for free

You may occasionally receive promotional content from the La Jolla Light.

It’s the second consecutive year the city has decided to pass on to customers a 3 percent increase imposed by the water authority. In some previous years, city officials chose instead to absorb the increases without raising rates.

The comprehensive water rate analysis the city will complete this year was expected two years ago but was delayed partly by litigation challenging tiers in the city’s rate structure that reward customers who use less water and penalize customers who use more.

The class-action lawsuit filed against the city contends every customer should pay the same rate per gallon.

City officials said they still believe the tiered rates are legal, contending that it’s fair to charge higher rates to customers who use more water because the demands those customers place on the system create additional costs. The city has appealed the ruling.

“The city is currently fighting litigation to preserve what we believe is legal,” Councilwoman Marni von Wilpert said. “People who are high-end users of water and have large lawns or pools or things like that should pay more for the water they use.”

The decision by the appellate court could have a significant impact statewide because many other water agencies in California use tiered rates.

The comprehensive rate analysis, called a cost of service study, will be completed by an outside consultant and analyze projected customer demand on the city’s water system, infrastructure needs and other factors affecting rates.

After the analysis is complete, the city’s independent budget analyst plans to have a second consultant perform a similar analysis and critique the work of the first consultant.

When that process was followed for sewer rates last year, the city imposed lower increases on customers than the first consultant had recommended.

The county water authority blamed this year’s 3 percent increase on rising costs for imported water as well as higher energy costs to operate a desalination plant in Carlsbad that supplies roughly 10 percent of the region’s water.

The county typically buys most of its imported water from the Metropolitan Water District of Southern California and the Imperial Irrigation District.

Rising costs for imported water typically have a significant effect on San Diego because imported water makes up 85 percent to 90 percent of the city’s water supply.

City officials said the price increase from the water authority is projected to cost the city $14 million per year, which prompted the 3 percent increase being imposed on customers. But they said the increase could be smaller if there is heavy rain this fall.

The exact amount of the increase imposed Jan. 1 will be finalized in late November, just before the city must notify customers at least one month before it takes effect.

Council members urged city water officials to notify customers struggling financially about a new state program that covers up to $2,000 in annual water bill payments for customers with incomes low enough to qualify. Details are at csd.ca.gov/waterbill. ◆