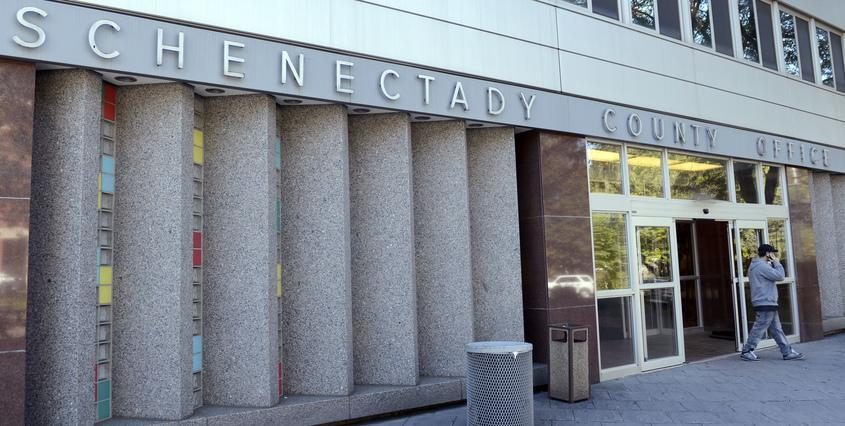 ROTTERDAM — A nearly 17-acre plot of county-owned land that surrounds the Great Flats Aquifer has been designated an open space for the protection of drinking water — a move officials say will protect a vital water source for future generations.

Lawmakers unanimously approved the designation Tuesday, which prevents the 16.8 acre parcel on south side of the Mohawk River in Rotterdam near water drinking wells for the town and city of Schenectady from being developed. The county acquired the property along Schermerhorn Road in 1996 through foreclosure, according to county tax records.

The move is key to preserving the estimated 1 trillion gallon aquifer that provides drinking water for most Schenectady County residents, and will help ensure the county’s economic prosperity moving forward, according to Anthony Jasenski, chair of the county Legislature.

“Not only does this abundant water supply provide drinking water for our residents, it’s also a resource our economic development team has used to attract new businesses and development to our community through smart growth efforts,” he said in a statement.

Several large businesses have moved into the county in recent years that rely heavily on water, including BelGioioso Cheese, which operates out of the Glenville Business and Technology Park.

The move follows a hotter than usual summer that has much of the region grappling with drought conditions. More than 70% of Schenectady County residents are experiencing moderate drought conditions, with rainfall levels nearly 2 inches below normal, according to the U.S. Drought Monitor.

But in other parts of the country, drought conditions, brought on by climate change, have been so severe that lakes have dried up entirely. Residents in states like Arizona and Nevada have been forced to curtail water usage over drought conditions impacting the Colorado River, while soaring temperatures and lack of rain in California have helped fuel wild fires

Preserving land around the aquifer drinking wells is the latest step the county has taken since 2004 to protect the aquifer. A vacant autobody shop in proximity to the drinking wells was previously torn down, and a $15 million cleanup of the Scotia Navy Depot site to prevent pollutants from entering the wells was also completed in recent years.

More from The Daily Gazette: