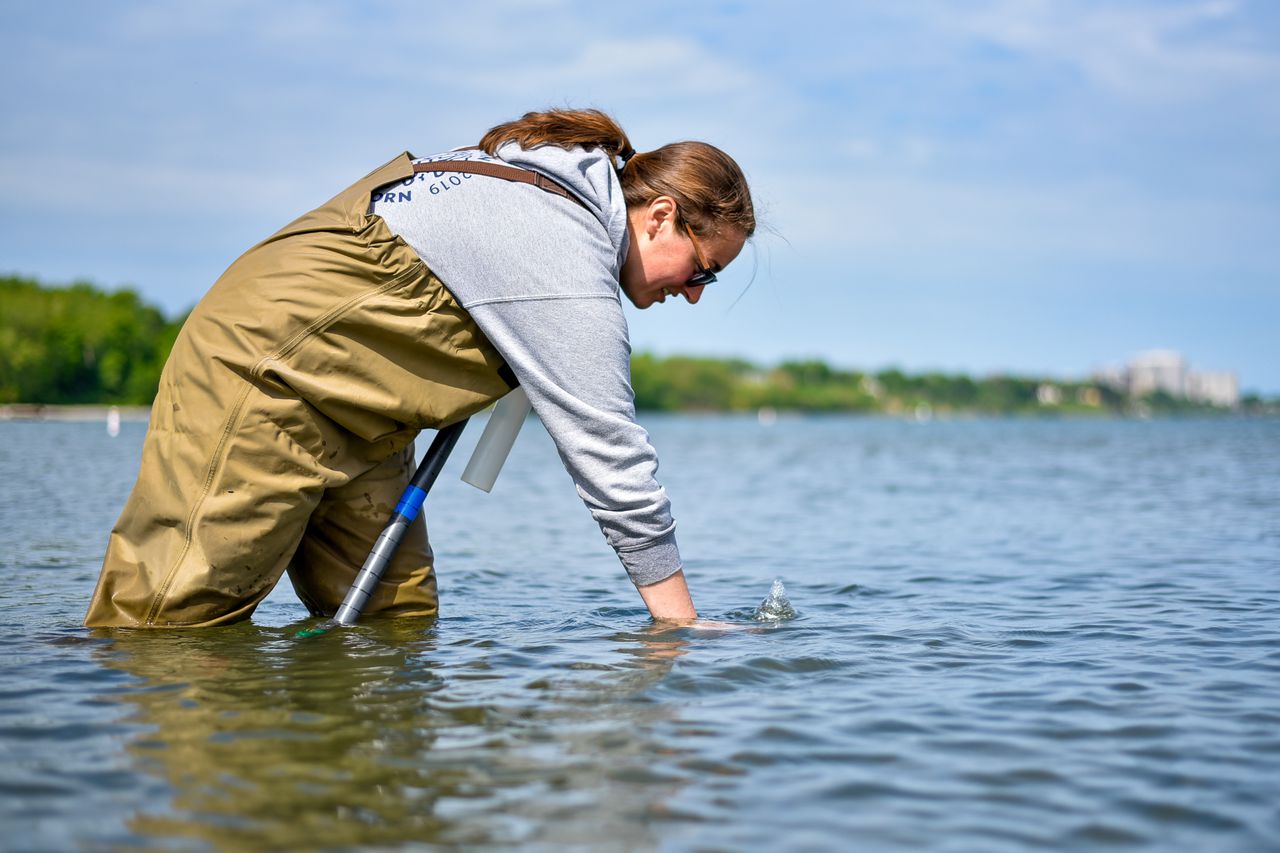 CLEVELAND, Ohio – The Northeast Ohio Regional Sewer District has begun its seasonal water-quality testing at Cleveland beaches so that visitors can receive same-day advisories before venturing into Lake Erie.

Testing will be done at Cleveland Metropark’s Edgewater, Villa Angela and Euclid beaches each morning on a daily basis through Labor Day weekend, and water quality notices will be posted at Edgewater and Villa Angela around 9:30 a.m. each day, but not at Euclid Beach because it does not have a swim zone.

The daily “Nowcast” water quality reports can also be accessed at several online sites, including NEORSD.org/beaches and clevelandmetroparks.com/swimming, and by going to the Twitter account @NEORSDbeaches.

Edgewater Beach usually meets its water quality standards, Soehnlen said, but “Villa Angela has some problems and we’re working on that.”

One of the water samples is used to check for turbidity, which is basically the cloudiness of the water.

The turbidity and wave height are the primary factors used to predict how much E. coli is in the water, said Eric Soehnlen, field biologist with the sewer district. The more active the lake, the more likely E. coli will be stirred up in the sand and washed into the water.

Wave height measures “mixing action,” Soehnlen said. “The turbidity gives a more numerical value for how much suspended sediment there is in the water. The more suspended sediment, the more cloudy the water will be and those things both correlate very well with E. coli.”

Also, rainfall factors into the predictive model, said Seth Hothem, supervisor of environmental assessment at the sewer district, as water quality generally suffers after a heavy rain because of sewer overflows and runoff into streams that feed the lake.

Gulls, dogs and geese account for most of the E coli on Edgewater Beach, Hothem said, whereas humans are believed to be more proportionately responsible for E. coli at Villa Angela Beach because of its proximity to the mouth of Euclid Creek.

A second sampling is taken each day to provide a bacteriological sample to the lab, but it takes 24 hours to process, which is why a predictive model is used for a same-day adivisory. The results are then given to the Ohio Environmental Protection Agency to determine if the beaches are meeting their water-quality goals, Hothem said. The data can also be used to determine the accuracy of the predictive model and whether it needs to be changed from year to year.

The predictive model is generally about 75% to 80% accurate, Hothem said.

The Cuyahoga County Board of Health manages water quality testing and on-site communications for the beach at Cleveland Metropark’s Huntington Reservation.

A water quality posting is included on this sign at Edgewater Beach in Cleveland. Photo taken May 25, 2022.Peter Krouse, cleveland.com